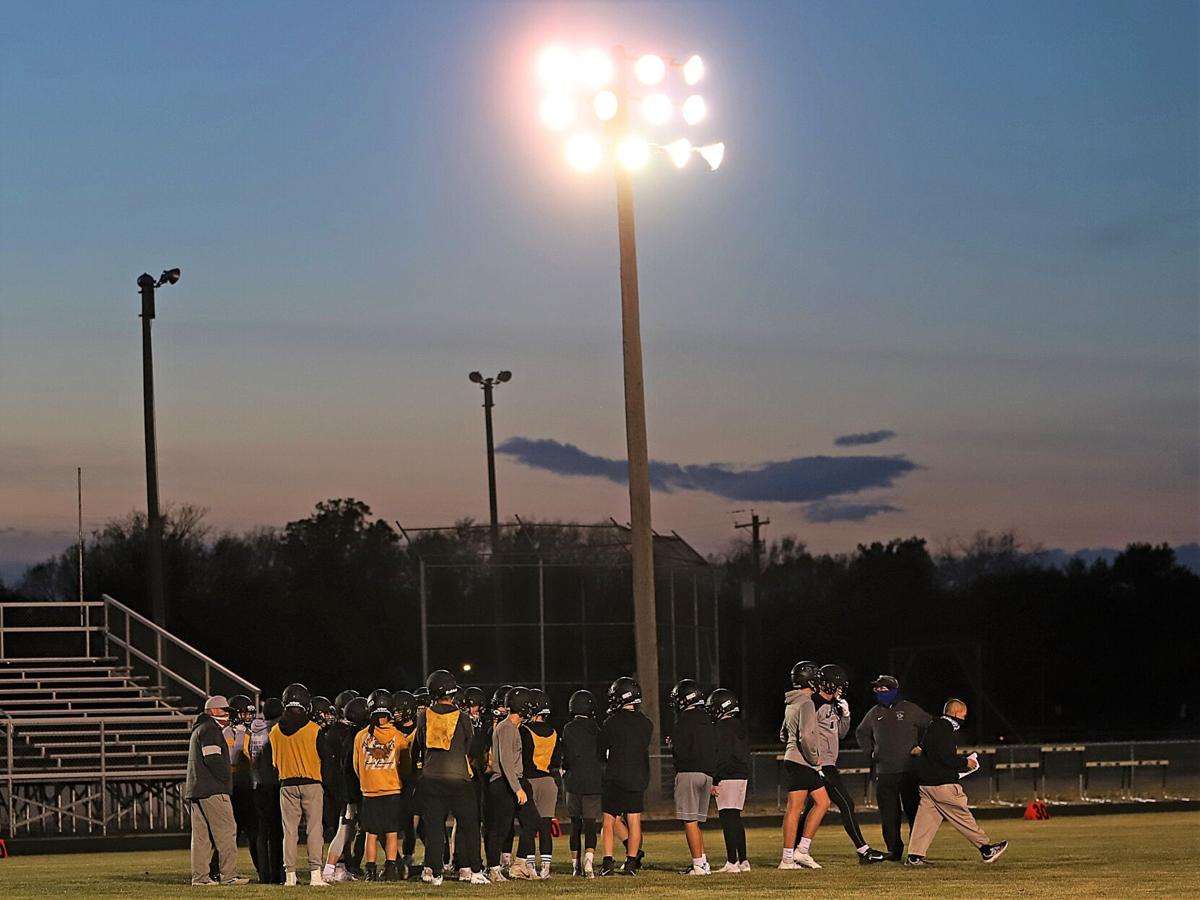 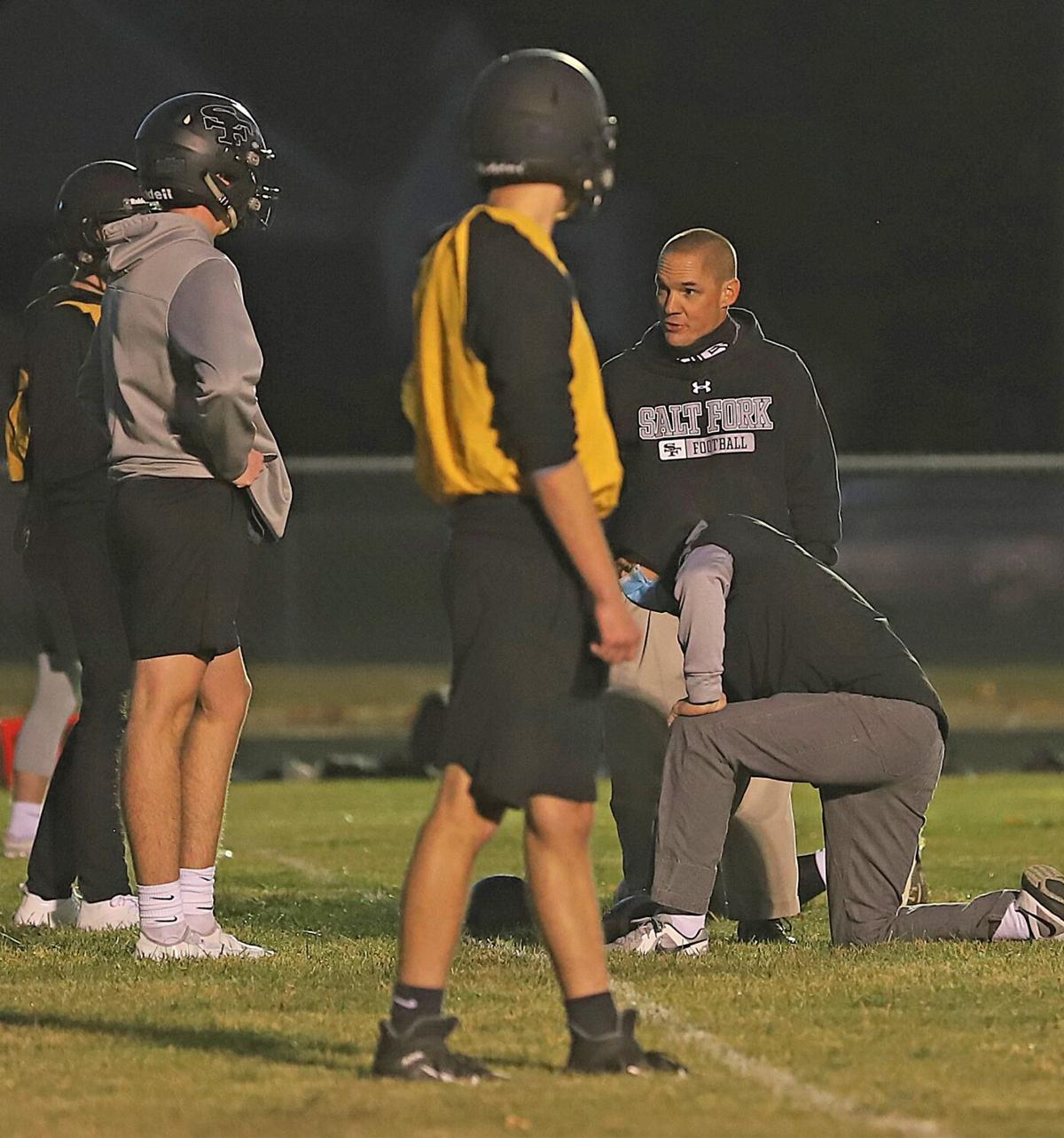 CATLIN — For one fall Friday night, things were almost back to normal for Salt Fork football.

The Storm held a practice under the lights with players finally getting a chance to see some action to get ready for the 2021 spring season.

“Our kids have been through so much in the spring, summer and fall in going through the guidelines and return to play protocol that the state and the IHSA have given out,” Salt Fork coach Joe Hageman said. “They have met each challenge and they keep working this is something to show appreciation for what they have done and we have understood how hard it has been.

“On the other side, we graduated 14 seniors from last season, so we have a lot of young kids that will play the spring, so this is a chance for them to go out and experience a small part of what the spring will be like. They can run around and play a version of football.”

Ever since the pandemic and the announcement to move the football season to spring, the Storm has worked hard in hopes to get ready for anything.

When they made that announcement and set up the spring schedule, we told the kids what was going on and that we were not going to play in the fall,” Hageman said. “There was a two-week dead period in August and then we gave them a schedule with how we wanted to get ready for the season.

“It’s been an adjustment, especially for seniors. To have all this uncertainty is stressful to them and I can’t applaud our seniors enough for all the work that gets put in.”

Friday’s practice was a result of looking at the rules and other schools’ ideas during this unusual fall season.

“Reading through the rules, we can do a 7-on-7 practice scenario and someone saw another high school on twitter do this so we kinda stole that idea,” Hageman said. “We went over how to get something like this together and we used those contact days to get everyone used to what they are going to see in the spring.”

One thing that the scrimmage did not have was Salt Fork fans.

“We decided that we will have just the kids and we didn’t want to do anything that would cause problems with us, Salt Fork and other schools who might try to do this,” Hageman said. “Hopefully, in this situation, they will get a little adrenaline rush. To get a chance to compete, even against your own team, will give them that adrenaline rush.”

Hageman hopes that the rush that the players get on Friday will tide them over until the season prepares to begin.

“We have given them a chance for them to run around under the lights. They have worked hard for this chance, especially with things outside of their control,” Hageman said. “Hopefully, it gets them excited an motivated to keep going through the long, winter months to stay in the weight room until February practice starts.”