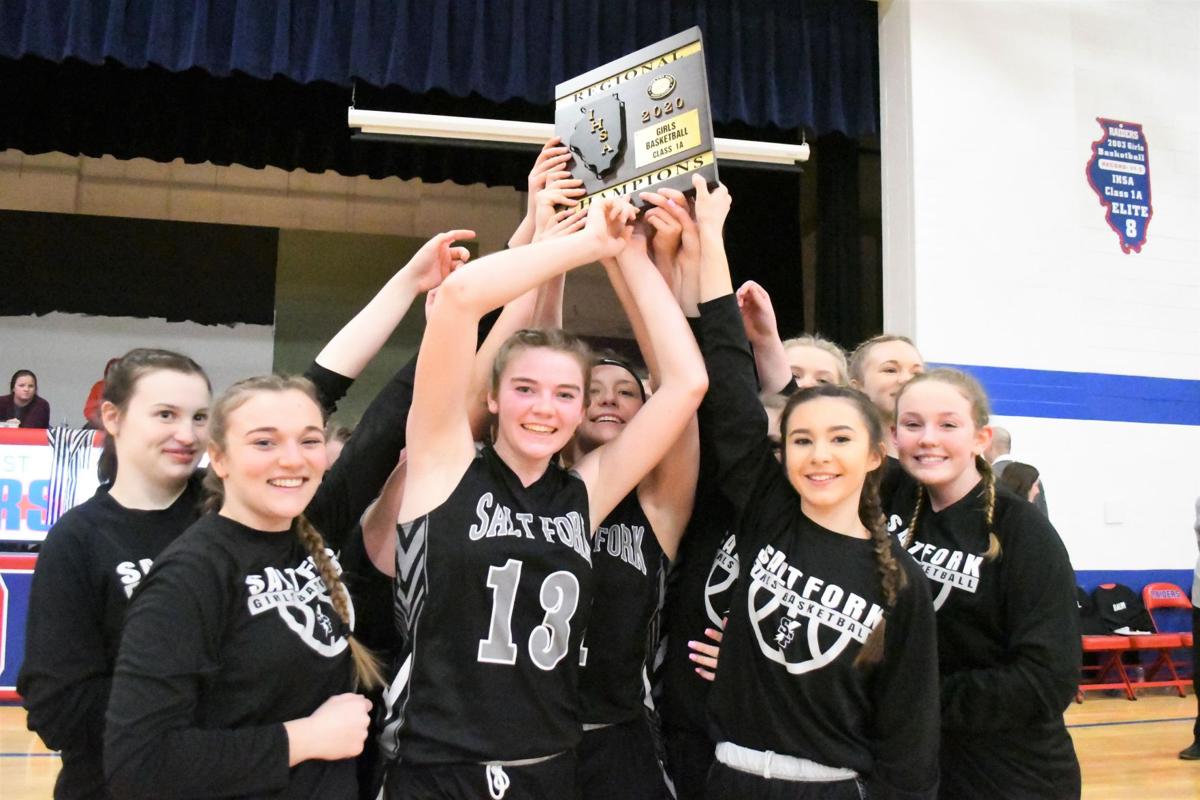 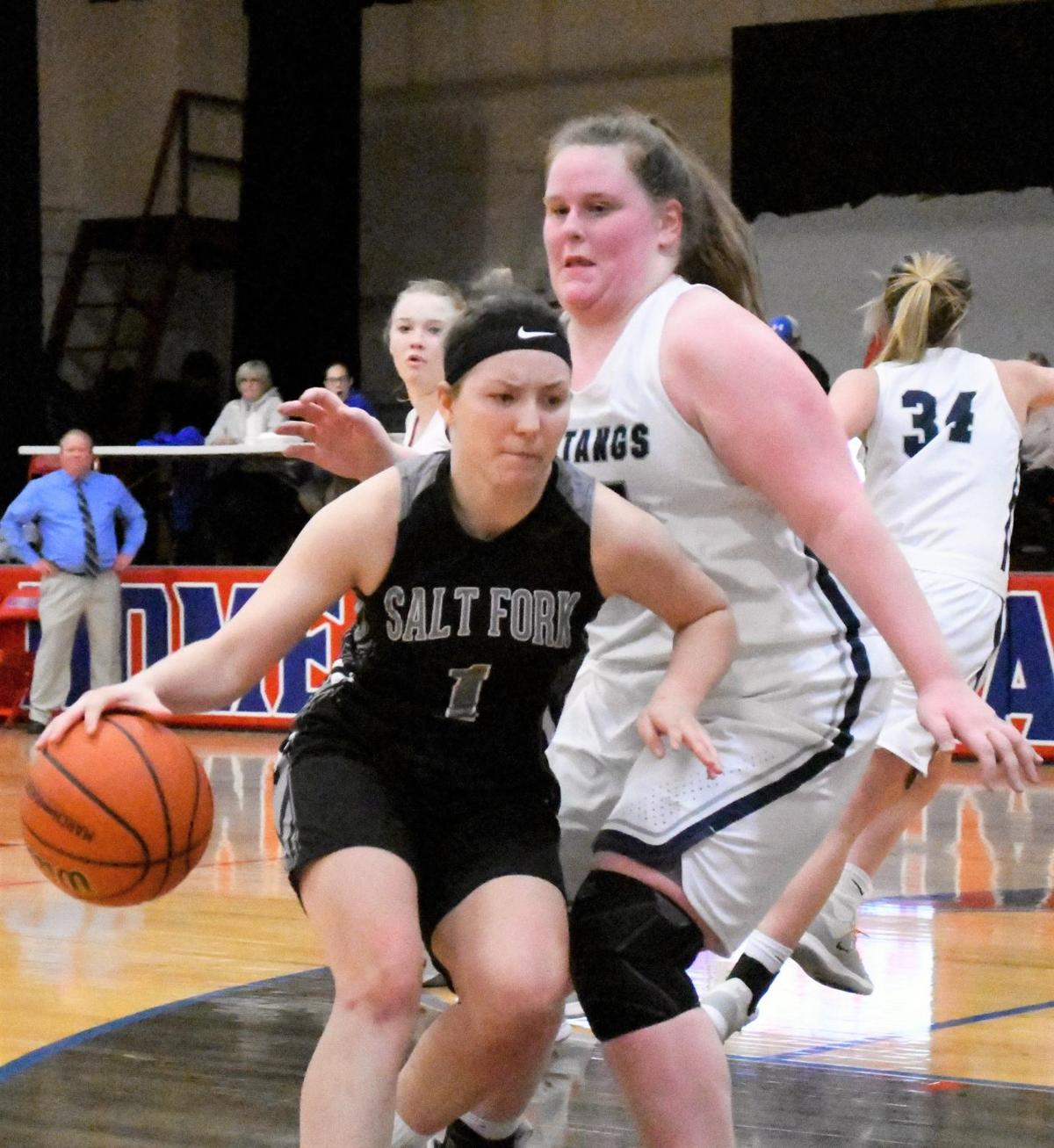 GILMAN — Sometimes, determination goes a long way in declaring the outcome of a basketball game.

The Salt Fork Storm maintained their composure throughout the entire game of their Class 1A Regional Championship on Friday evening against the Ridgeview Mustangs and riding their starting five the entire way in a thrilling 36-34 victory.

The Storm (20-12) didn’t shoot the ball particularly well on the night and played stagnant at times, finally getting to the free throw line with 1:22 left in the fourth quarter. With the game still very much unresolved, Ridgeview, who had committed only three fouls in the game, needed to start fouling to get the Storm on the line.

Mackenzie Russell was the first to shoot free throws for Salt Fork, and she calmly sank a pair to put her team up by a pair. After the Mustangs went down and scored, they needed to foul again, and the heroics of Jaiden Baum and her home run passes put the ball on the opposite end of the floor, where Ridgeview needed to foul again. This time, Kayleigh Davis made both of her attempts and a last-ditch effort by the Mustangs fell short at the buzzer and the celebration was on for the Storm and their fans that had traveled to Gilman for the game.

“I’m so proud of these girls because they executed the game plan perfectly tonight. Words cannot express how happy I am of the way that they played,” Salt Fork head coach Brian Russell said following the game on his team’s effort.

The game was close throughout, with no lead being larger than five points the entire time. Ridgeview had that advantage late in the third quarter and when it appeared that the game was slipping away from the Storm, their leaders rose to the occasion and never let their guard down.

“It was all about keeping our composure and using our timeouts wisely. Our bench played a huge role by cheering the girls out on the floor, and we made some big shots down the stretch and this group made the statement that they were going to find a way, and they did,” Russell added regarding the push in the fourth quarter that put his team over the top and onto victory.

Russell and Davis each had 10 points to lead the Storm, while Baum added 8 points. Karsyn Todd and Alexis Hettmansberger chipped in 6 and 2 points, respectively, to round out the Salt Fork scoring. For the game, the Storm shot 14-42 (33 percent) from the field, but only made 4-14 from beyond the arc. Salt Fork was a perfect 4-4 from the foul line, making crucial free throws down the stretch.

“We really played well tonight, and I was thinking toward the end of the game that we had it won, but everyone came together and got the job done, Baum said after the game on her team’s effort.

Ridgeview, who sees their season end at 24-5, was led in scoring by Emma Nunamaker with 13 points. Nunamaker also grabbed 11 rebounds to secure a double-double on the night. River Rosales and Sydney Tongate each added six points, while Peyton Rinkenberger and Kelly Jones chipped in four apiece for the Mustangs, who shot 13-46 (28 percent) from the field, but struggled mightily from beyond the arc, only making one of their fourteen attempts from long range. The Mustangs were 7-12 from the foul line but missed some key free throws in the waning moments of the contest.

“This is a great win for us because last year we made it to the championship game against St. Joseph-Ogden and lost, so this means a lot to us to win the regional and move on,” Mackenzie Russell said following the game on her team’s win.

Salt Fork will advance to the sectional on Monday evening at Champaign St. Thomas More and will play the Warrensburg-Latham Cardinals in a semifinal contest. Game time on Monday night in Champaign is set for 7:30 pm.