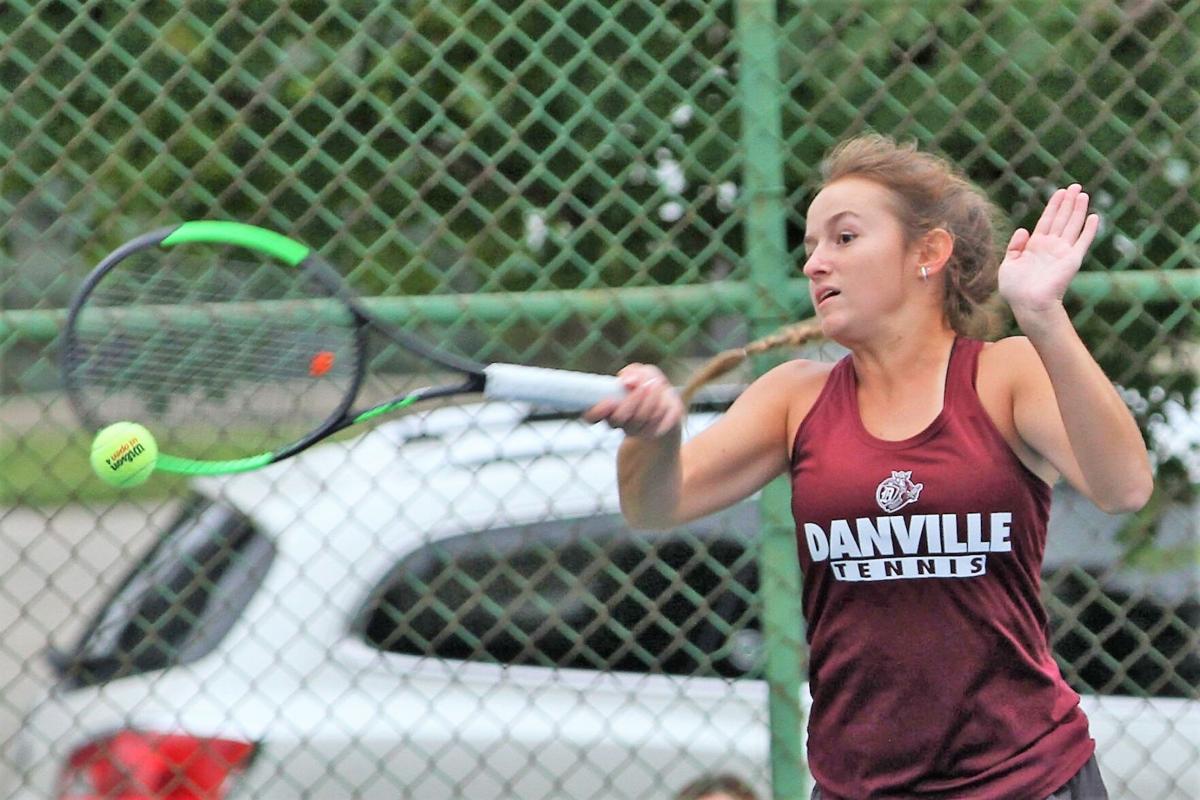 Danville junior Lexi Ellis hits a forehand shot to St. Joseph’s Abbey Dow in her singles match in Friday’s IHSA Class 1A Sectionals. Ellis won the match 6-0, 6-0 to advance to today’s semifinals and advanced to next week’s state meet. 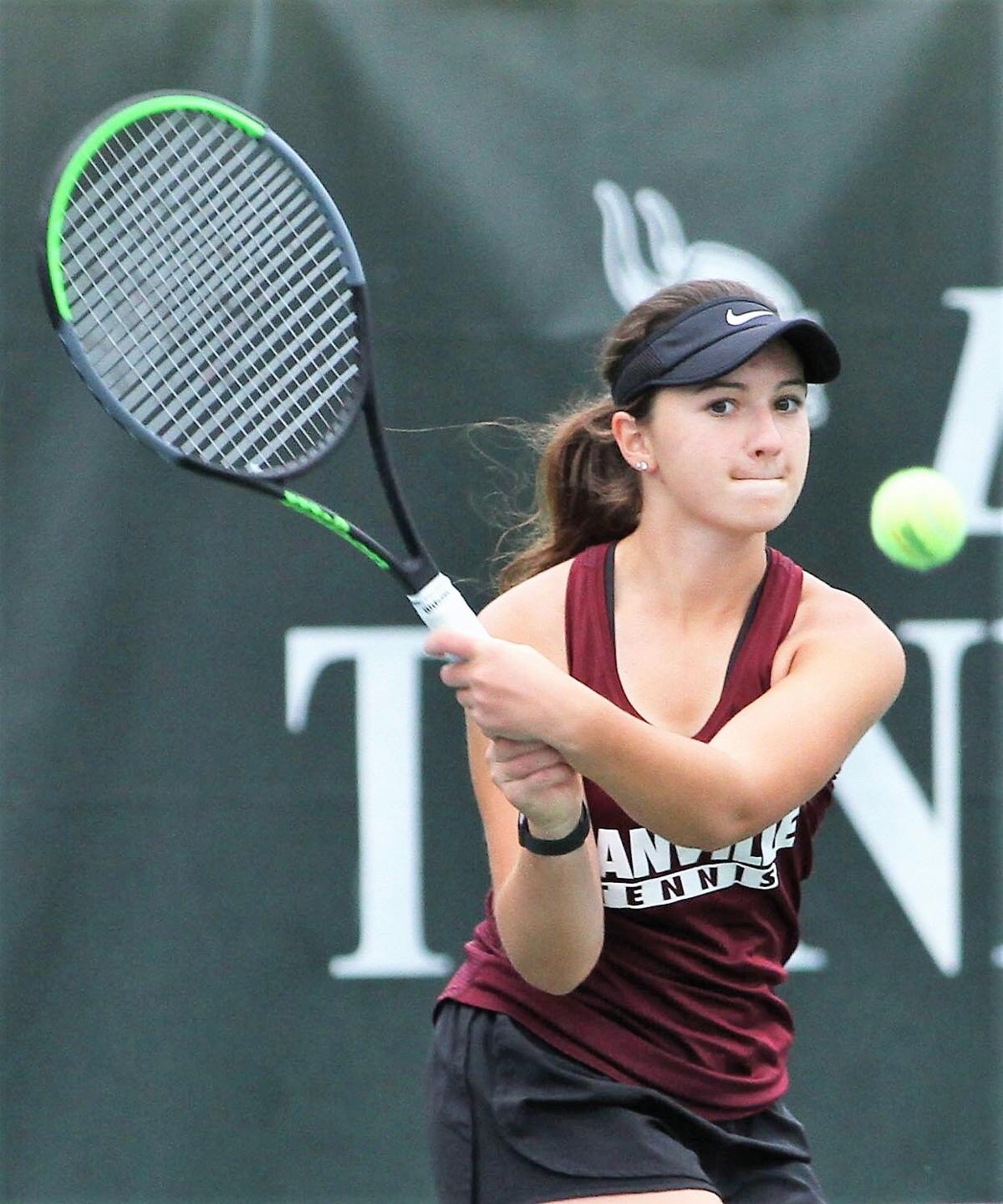 Danville junior Lexi Ellis hits a forehand shot to St. Joseph’s Abbey Dow in her singles match in Friday’s IHSA Class 1A Sectionals. Ellis won the match 6-0, 6-0 to advance to today’s semifinals and advanced to next week’s state meet.

DANVILLE — The Danville girls tennis team faced the pressure on Friday and made the most of it.

All six members of the team qualified for next week’s IHSA Class 1A State Tournament after sectional play on Friday at the Danville Tennis Center.

“It is unbelievable to get all six girls,” Danville coach Kathryn Houpt said. “In my head, I was thinking about it, but who knows who are going to qualify. Everyone had huge smiles after the round and we are very excited.

“It has to be very rare for someone to qualify everyone on the team. You have to play very well, live up to the speed and have no glitches and that was pretty much how we did it. The play continued on from our (Big 12) conference win and it was great to see it continue.”

The top four seeds in singles made it to today’s semifinals. Danville’s Brooklynn Behrens will take on the No. 1 seed in St. Thomas More’s Maddy Swisher. In the other semifinal, No. 2 seeded Lexi Ellis of Danville will face No. 3 seed Maya Jenny of Schlarman Academy. Jenny becomes the first Hilltopper to qualify for state in tennis.

In doubles, the top ranked team of Danville’s Ava Towne and Josie Hotsinpiller will face St. Thomas More’s Audrey Horn and Nora Kelley, while the No. 3 team of Danville’s Reese Rundle and CiCi Brown will take on No. 2 ranked Aviv Sagiv and Sandhya Subbiah of Champaign Centennial.

If things go right for the Vikings, Houpt could see members of the team face each other in the finals.

“That would be interesting to see what happens. We had all six girls qualify. We could have that happen. They all played well today up and down the court. But it’s still an unreal feeling that everyone is able to go on Wednesday.”

With rainy weather the last few days, there was a chance for all the action to be played indoors at the DTC, but a clear day and the determination of special volunteers made sure that the outdoor courts were ready to go.

“Our AD Mark Bacys had everything organized to play inside because the last two days have been awful,” Houpt said. “We were mapping it out and I texted the parents and they had the squeegees out and leaf blowers and by 7:30 a.m., we had the courts ready to go. We had players, we had parents and JV players help out. We got the courts ready only 30 minutes after we were supposed to start and that was a good thing to see.”

No matter what happens today, there will be matches going on starting at 10 a.m. and Houpt said it will be nothing but fun.

“There will only be eight matches and we are covered. It is going to start chilly tomorrow, but we will take that,” Houpt said. “There is not as much pressure tomorrow, so we are going to go out and have fun and play and load up Wednesday to play in Chicago.”