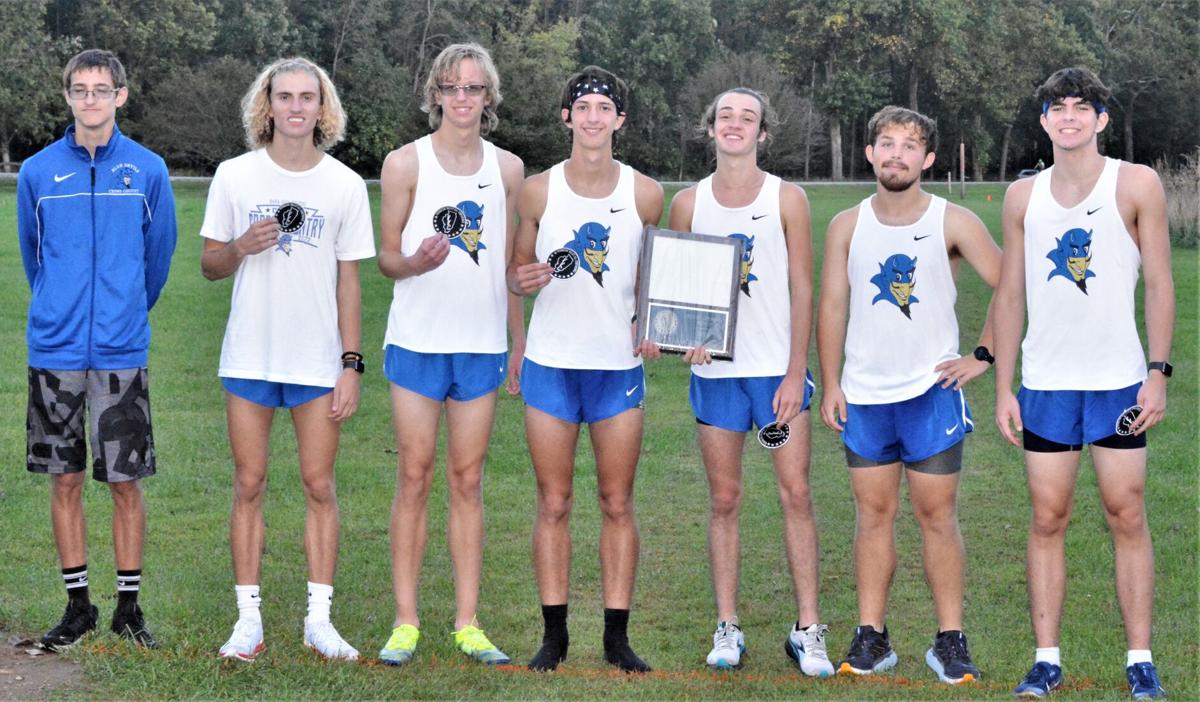 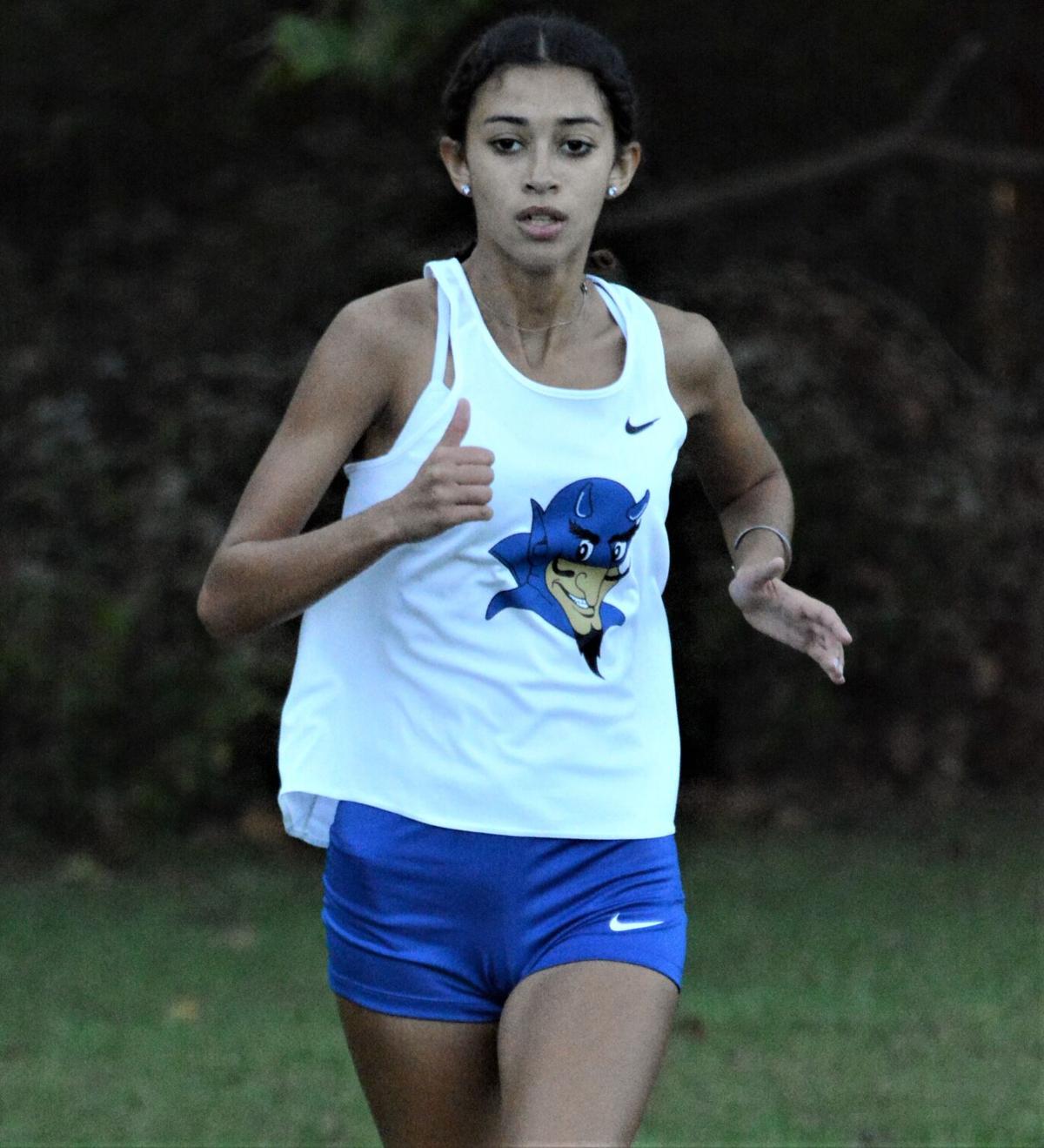 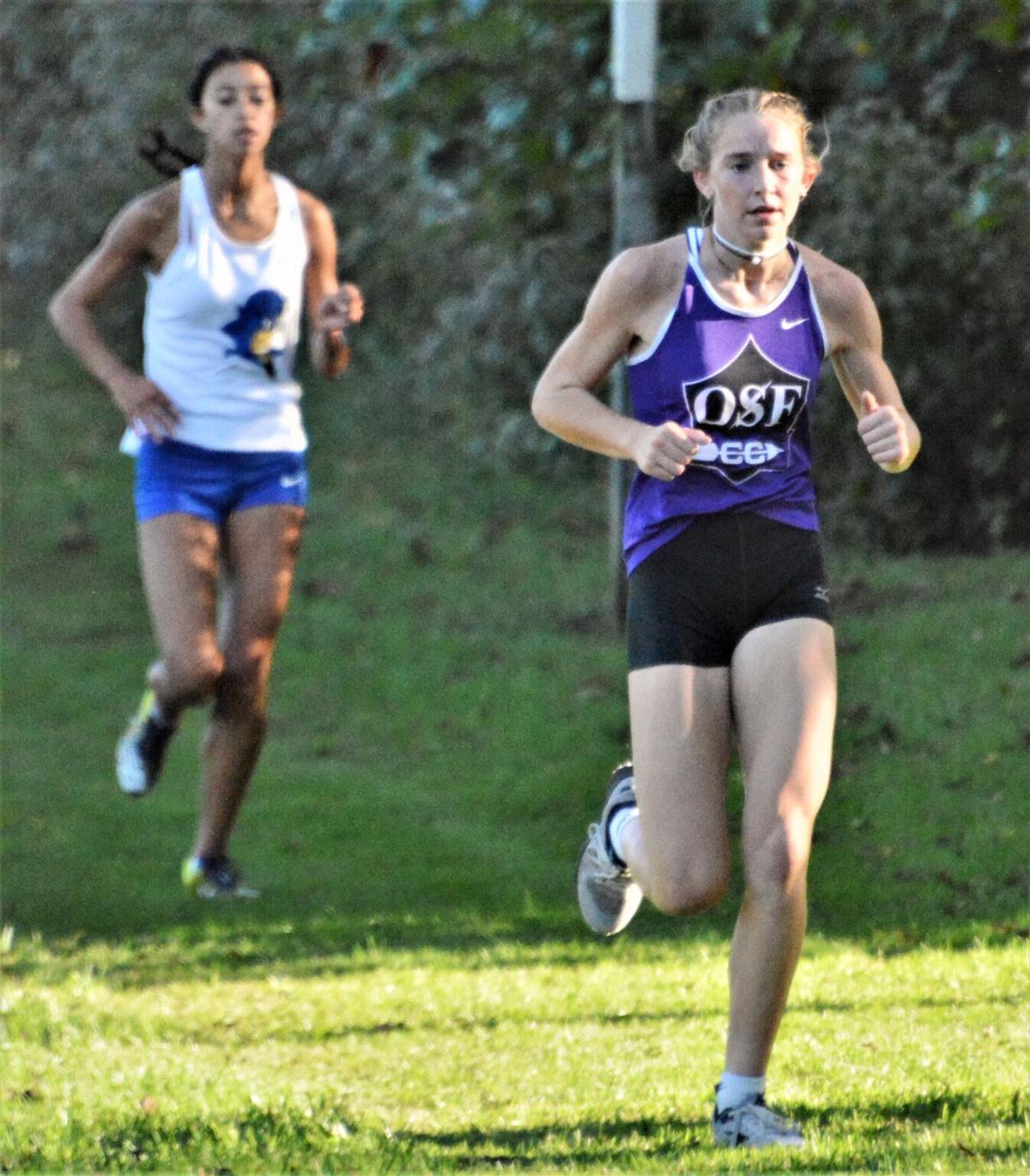 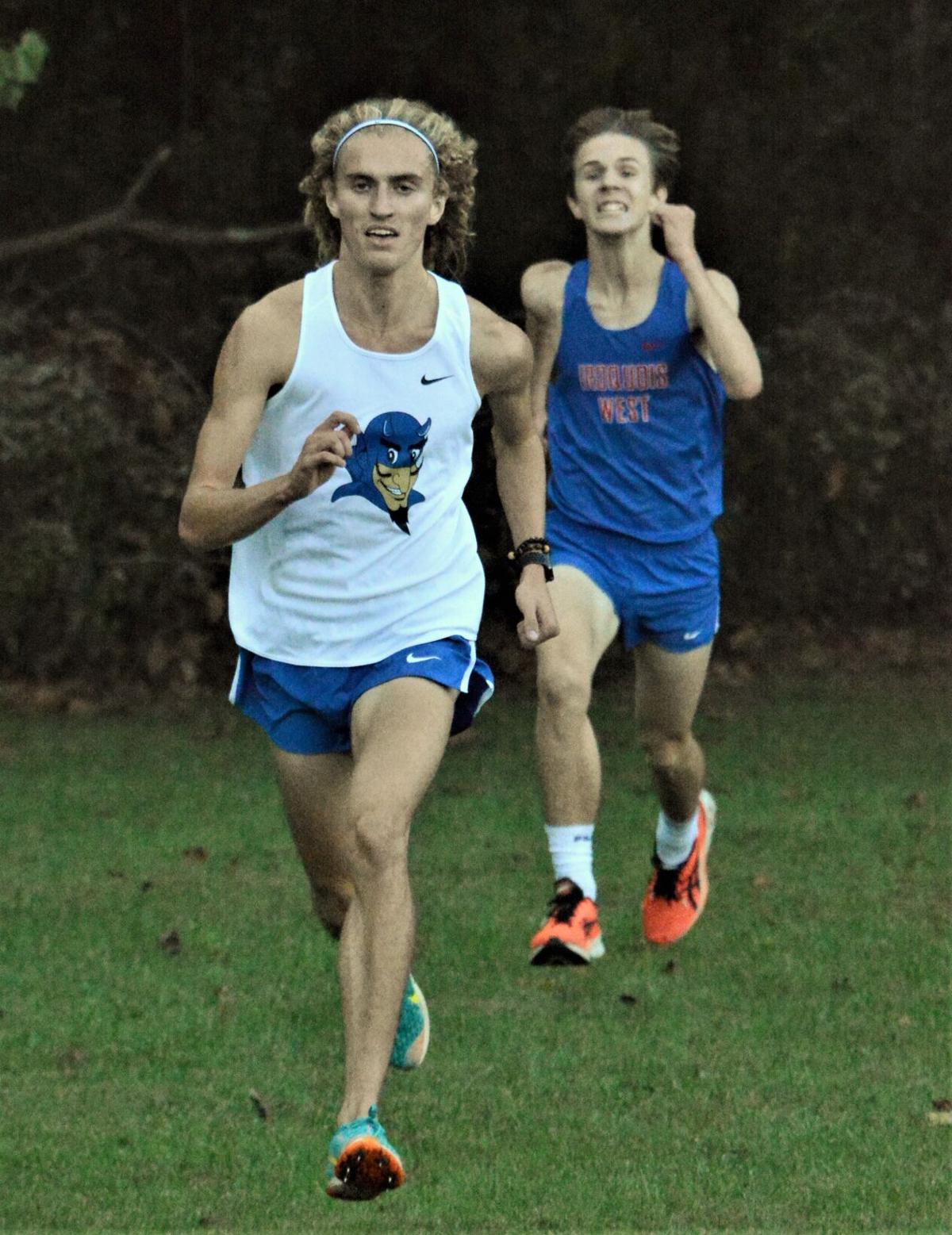 OAKWOOD — At the finish, Bismarck-Henning/Rossville-Alvin senior Eli Mojonnier was right where he expected to be, but Bryson Grant of Iroquois West made it a very interesting race.

Mojonnier passed Grant on the final 1-mile loop and then outsprinted him over the final 50 yards to claim the Vermilion Valley Conference individual title in the boys race.

“He ran better than I thought,’’ said Mojonnier of Grant. “The whole time I knew I had it, because I knew I could take it over whenever I wanted it.’’

Even after Grant built up a 27-second lead over the first mile?

“Every time that I’ve raced here in the past two years, I’ve tried gunning it, so I decided to switch it up today,’’ Mojonnier said. “I meant to let him get ahead of me. I just didn’t mean to let him get 27 seconds ahead of me, that’s for sure.’’

Mojonnier, who won the Class 1A state championship in the 800 meters back in June, displayed some of that speed in the final 1-mile loop, especially in the final 50 yard sprint to the finish.

“I’ve always known that I could kick at the end and take care of things in a final sprint,’’ said Mojonnier, whose winning time was 16 minutes, 15.80 seconds. “I just had to work a little harder than I planned.

“It proved to be a good work out and I learned a lesson to not be so arrogant. If that’s a different runner, I’m losing that race.’’

Bis-Henn/Ross-Al senior Emerson Thorlton, who started the year battling Covid and other issues, finished third as the Blue Devils repeated as conference champions.

“I’m really proud of this team,’’ Thorlton said. “We have come a long way in the past two years with coach (Todd) Orvis.

“We expect to get better every meet and we have been getting better.’’

That was very evident in Thorlton’s time of 17:41.89 was more than a minute faster than his runner-up time at the Vermilion County meet back in September.

“At the start of the year, I had Covid and I had some heart problems because of that and then my ankle acted up a little bit,’’ Thorlton said. “I had a pretty rough time getting back into shape.

“I feel like I’m back on track with my last couple of races. I think this will prepare myself and the team for regionals and sectionals.’’

There wasn’t quite as much excitement in the girls VVC race, but Bismarck-Henning/Rossville-Alvin sophomore Gabriella Moreman did have to pass Oakwood/Salt Fork sophomore Macie Russell to repeat as the conference champion.

“I didn’t run in the county meet earlier this season, so I kind of felt that I had to redeem myself today,’’ said Moreman, who admitted the race didn’t exactly follow her plan.

“Originally, I was going to try to stay ahead of Macie,’’ Moreman said. “But when she went out that fast, I changed my plan knowing that I couldn’t keep up that pace. I just decided to stay behind her and save myself for the end.’’

Russell had the lead for the first mile of the 3-mile race, but she started having some issues on the second 1-mile loop.

“I was really hurting,’’ she said. “I was cramping and it was affecting my breathing.

Moreman, who honestly thought that Russell was going to catch her on the final lap, claimed the title with a winning time of 19 minutes. 52.92 seconds.

“I got first and that was my goal,’’ she said, acknowledging that her winning time last year was more than 20 seconds faster. “I’m starting to improve again and next year, I’m going to get back onto my game.’’

Besides the illness that kept Moreman out of the county meet, she admitted that her work this season hasn’t been good enough.

“I thought about giving up distance running during the track season,’’ she said. “But, then I realized what it could do for my future, especially for college.

Moreman said her goal for the rest of this year is to get under 18 minutes, 30 seconds.

Not only was finishing second a disappointment for Russell, but she also fell short of her time goal.

“I wanted to be under 20 minutes,’’ she said as her second-place time of 20:12.88 was more than 30 seconds faster than her winning time in the county meet.

Oakwood/Salt Fork teammate Allie Morris was third with a time of 21:18.78, while Alyssa Wells was seventh and Addie Wright finished 12th, but the Comets were one runner shy of having enough to repeat as conference champions.

No team had the required five runners to claim the girls team championship.