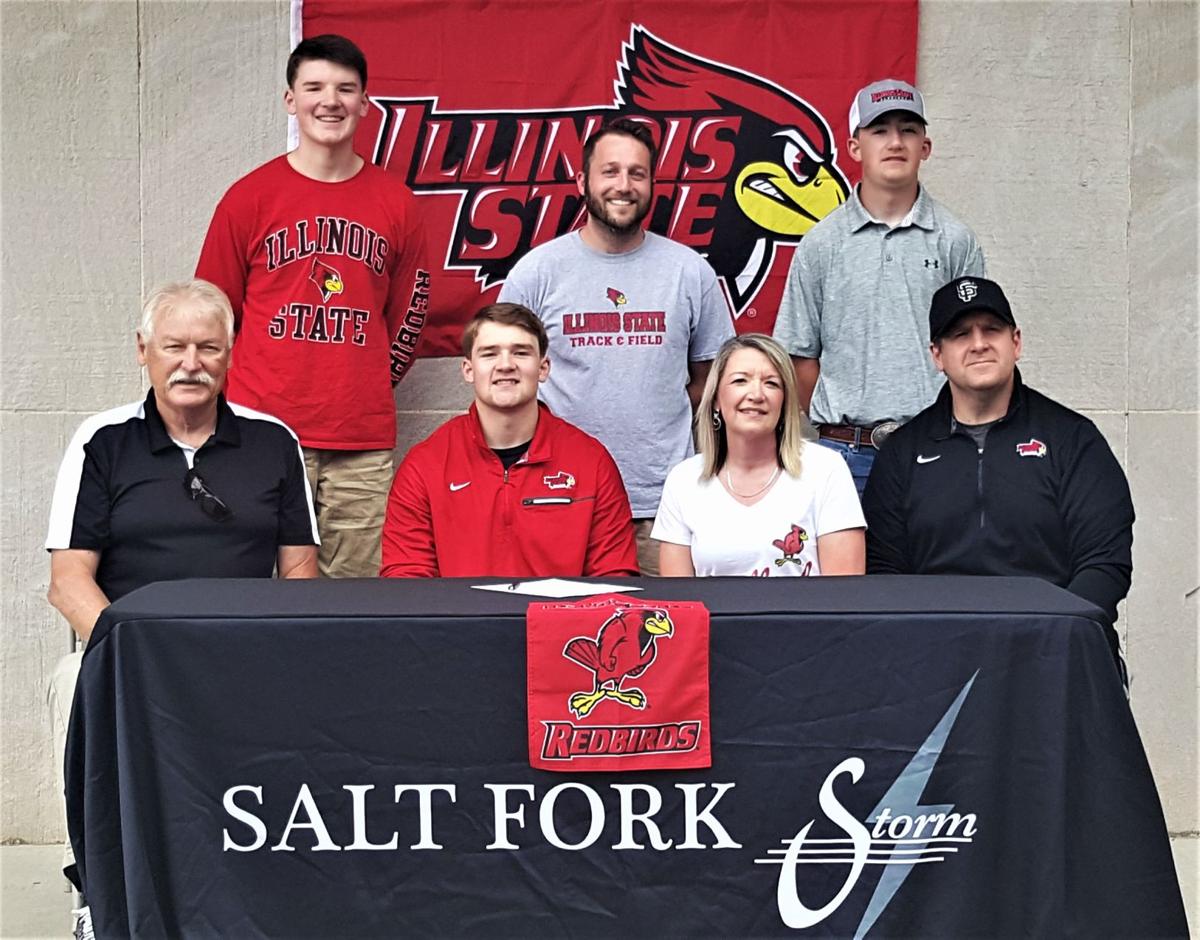 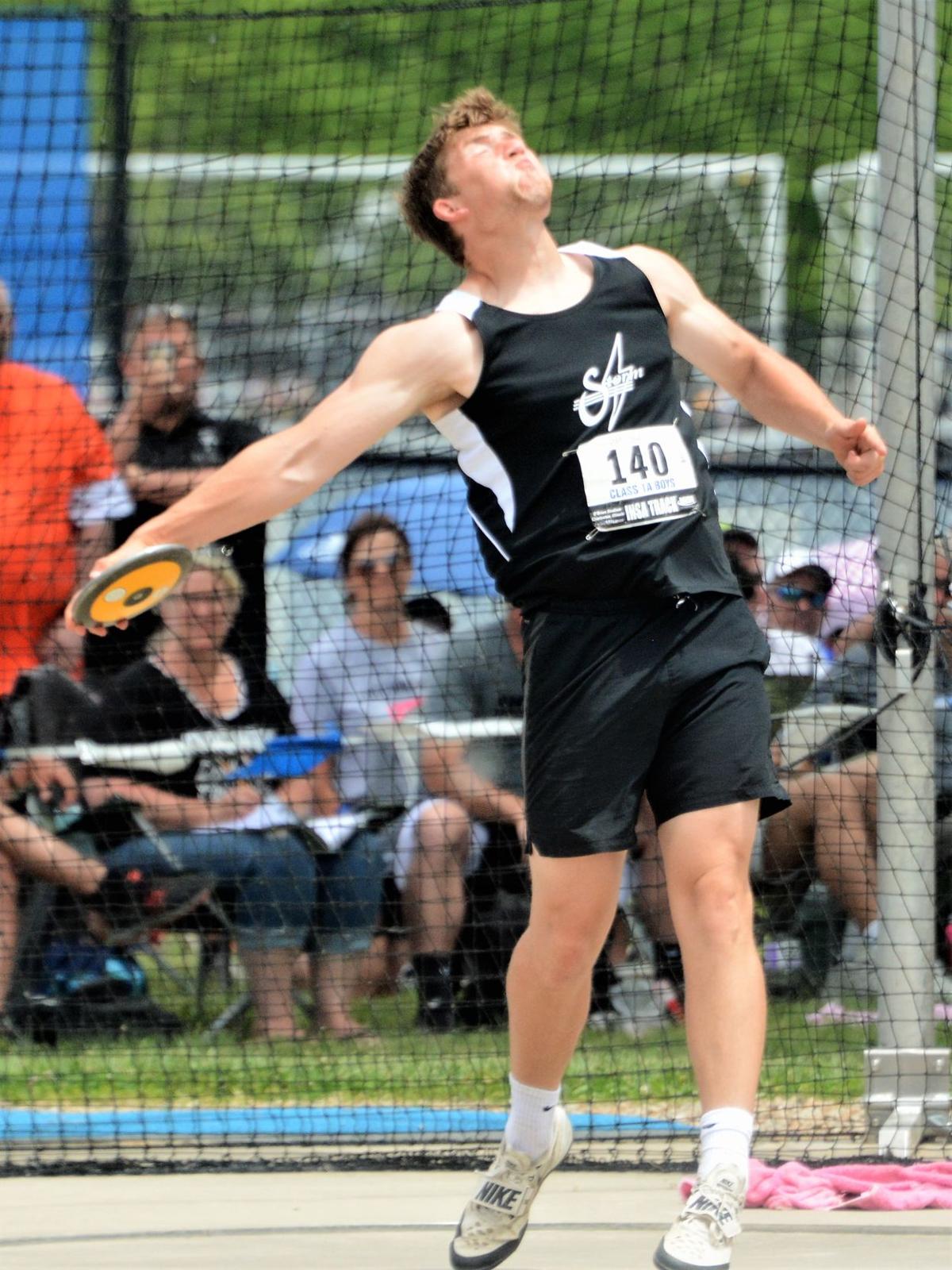 Salt Fork’s Payton Taylor throws the discus during the finals of 2019 IHSA Class 1A State Track & Field Meet in Charleston. Taylor placed sixth with a throw of 161 feet, 7 inches.

Salt Fork’s Payton Taylor throws the discus during the finals of 2019 IHSA Class 1A State Track & Field Meet in Charleston. Taylor placed sixth with a throw of 161 feet, 7 inches.

CATLIN — When you are named after a Hall of Fame Football Player, it’s quite obvious that you grow up dreaming about playing college football.

But Taylor isn’t joining the Redbirds football program, instead the former four-sport standout for the Storm has decided to ink his name with the men’s track & field program.

“This really means a lot to me,’’ he said. “I’ve been looking forward to this since I was a little kid.

“So being able to sign, even during this pandemic, really means a lot to me and my family.’’

Taylor admitted that football was his sport of choice when he was younger, so why did he go the track & field route.

“I did have a few (NCAA) Division II offers in football, that were out of state,’’ Taylor admitted. “But, I wanted to stay a little closer to home and I really feel like track & field is the better sport for my future.’’

“I will do whatever they want me to do and we will see what happens,’’ he said.

So, how did Taylor get himself involved with the throwing events?

“It started in sixth grade when I picked up the shot and I won a couple of state titles,’’ he said. “I also did the hurdles back then, but (coach) Herb (Wilkins) convinced me to stop the running stuff and just work on the throwing events. I kept getting better at it.

“The discus and the shot put are big testosterone events. You have to put your all into them. It’s about both big muscles and good technique.’’

Taylor believes he can improve both his strength and his technique at Illinois State.

“When I took my official visit during the winter, I really liked the school and the coaching staff,’’ said Taylor, who also considered Eastern Illinois in Charleston.

At Illinois State, Taylor said he plans on majoring in agricultural business.

“I grew up on a farm and I want to go into that business,’’ he said.

72, of Bismarck, died July, 2, 2020 at IU Health Ball Memorial Hospital in Muncie, IN. Arrangements are Pending at Sunset Funeral Home in Danville, IL.