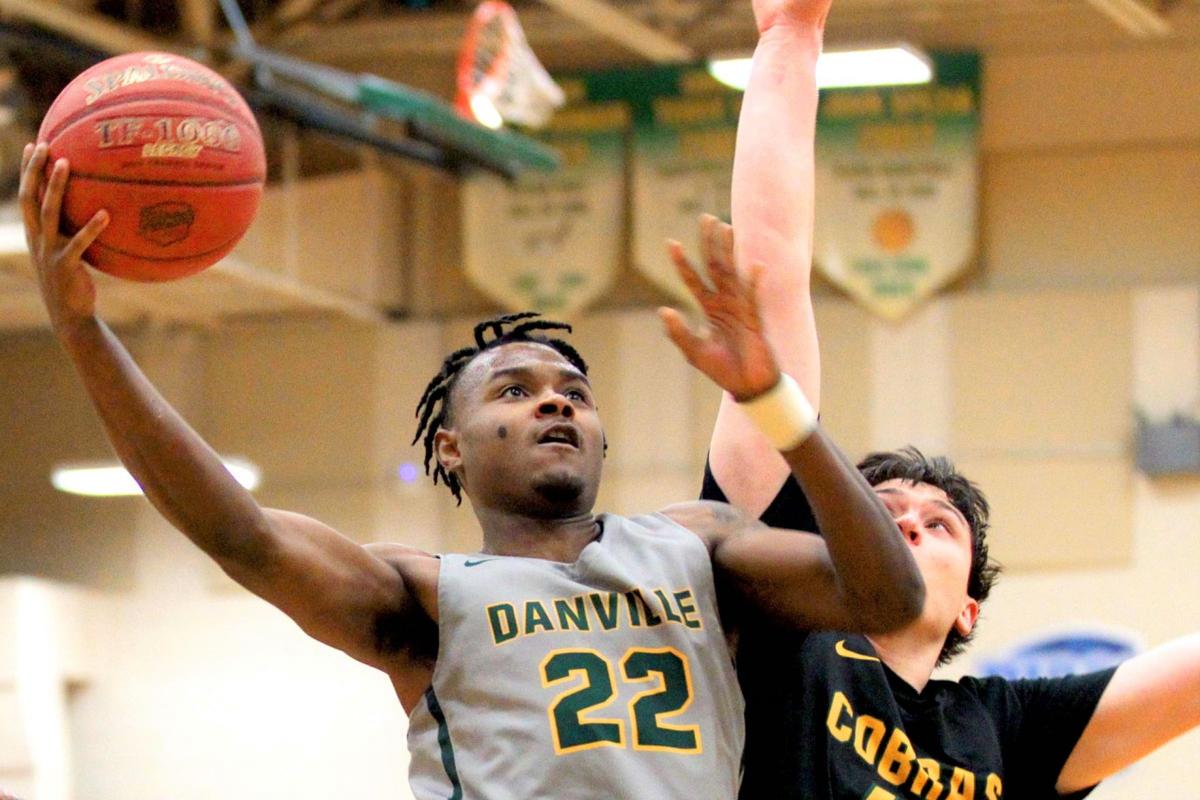 Bailey Dee of DACC scoops a shot over Joey Saracco of Parkland during a game this past season. The men’s and women’s basketball teams will start their season a little early according to the NJCAA’s plan of action for fall and winter sports. Practices for the Jaguars’ men and women’s teams will start on Sept. 14 with games starting on Oct. 16. 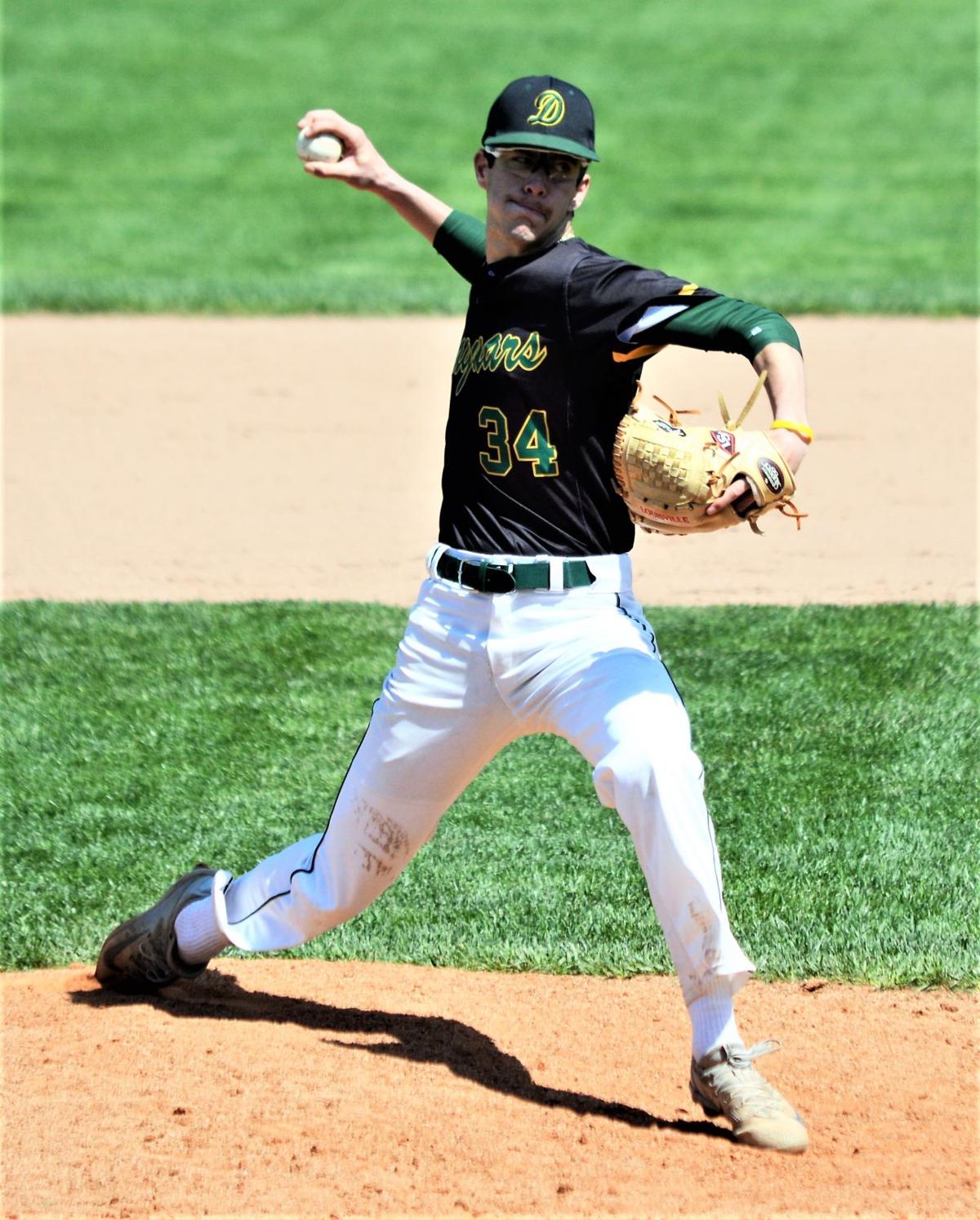 DACC pitcher Jason Bollman throws a pitch during a game in 2019. The Jaguars’ fall season will start with practice on Aug. 31 and play going through Sept. 5 through Oct. 31.

Bailey Dee of DACC scoops a shot over Joey Saracco of Parkland during a game this past season. The men’s and women’s basketball teams will start their season a little early according to the NJCAA’s plan of action for fall and winter sports. Practices for the Jaguars’ men and women’s teams will start on Sept. 14 with games starting on Oct. 16.

DACC pitcher Jason Bollman throws a pitch during a game in 2019. The Jaguars’ fall season will start with practice on Aug. 31 and play going through Sept. 5 through Oct. 31.

DANVILLE — The NJCAA’s new plan of action for the fall and winter sports seasons has brought two different views for those seasons.

For the fall season, the first date for practice will be Aug. 1 with the first competition set for Aug. 20. That timeline is pretty much in tune with a usual fall season according to DACC athletics director Tim Bunton.

“I think it is all good in having all athletes compete. I think the national office put a lot of thought into the guidelines is leaving everything to each states, regions and schools in the spot of making a decision that fits what the school and region wants to do,” Bunton said. “The fall sports are going to start on time and they will start first with practice and sports that don’t have championships.

“We will have to follow protocols and policies that will be in place and it will be a daily thing. I had a meeting with league officials (Wednesday) morning and we are trying to take this a day and a week at a time to see where we are. The good news is that we are not shut down and we can let our kids compete.”

Sports that have fall seasons but not championships include baseball, softball, golf and tennis and that will go on but under different circumstances. Those sports will start practice on Aug. 31 with competition scheduled from Sept. 5 through Oct. 31.

“I don’t think practice is going to be like practice in the past,” Bunton, who is also DACC baseball coach said. “I think the fall for sports like golf, baseball and softball are a huge part of that particular sports program, progress and evaluation of freshmen going into the spring season. You think of those three sports, those kids were shut down in March and it has been a long time since they competed. To get them back out there and going is a great step.”

The only true DACC sport that will go in the fall is cross-country, which will be coached by Travis Winkler and Susan Kentner.

“Everyone is ready for sports to start up, but how to do it safely,” Winkler said. “Tim said he doesn’t have all the answers either, so as coaches, we are looking for some guidance to what we can and can’t do and the key is that every sport has a different level of contact. For in cross county, social distancing and no contact is easy for us. For basketball, how do you prepare for a season that is shortened if you can’t have any contact or play defense and not play in front a crowd?

“Coach Kentner and I have a history together and the best thing that we do is communicate well. We consider ourselves one unit and I am excited that she is coming in and we are excited in rebuilding DACC into something special again.”

While fall will start on time, the winter season is another story. Both men’s and women’s basketball will start practice on Sept. 14 with games starting on Oct. 16. Also member colleges will be encouraged to adjust schedules to limit competition between Thanksgiving and Jan. 1.

“I think there are mixed feelings with basketball and I can understand that to bump it up to a time where the second wave could hit,” Bunton said. “I think the concern from basketball people and the athletic people is that they can get injured.”

DACC men’s basketball coach Dajuan Gouard said the urgency to start the season could be costly.

“I am still on the fence about it. With the Covid-19 and with the kids not working consistently, why are moving up competition?” Gouard said. “Most kids when school starts are going to be out of shape and when they come in Aug. 24, you have six weeks and now we have three weeks before practice. I did zoom meetings with big-time division I coaches and that is what they fear with a lot of injuries and I agree with them. We are trying to go up and compete in a high level so quickly and you will have hamstrings and ankles that will be tender, so I am wary of that.”

Gouard understands the break, but doesn’t understand the rush of games, but he will adapt to the situation as the season nears.

“I think what their thought process is that if there is a second wave during flu season, they are trying to beat the rush, so I am caught between a rock and a hard place,” Gouard said. “We can try to beat the rush but at the same time getting four or five players injured and that won’t help us at all.

“I had a zoom meeting with the players and the thing that we have been talking about is getting out to the track and train and get those muscles so that when they show up on campus, they are not fully out of shape. I would have thought they would have given us more time like start practicing on Aug. 1st. When you add in conditioning, weight lifting, classes and study hall, there is less sleep time and there is more contact time with these athletes. Honestly, I hope that I can come up with a plan for our institution that can prepare us to compete but at the same time, limit the number of injuries as well.”

While the NJCAA announced the guidelines last week, Bunton said anything can change as the nation goes through the pandemic.

“I think that we all have the kids’ health in mind and that is how should we need to proceed,” Bunton said. “It gives flexibility for a region to compete how they deem necessary. The national office will still be involved in communications how to tweak a schedule or a division championship.”