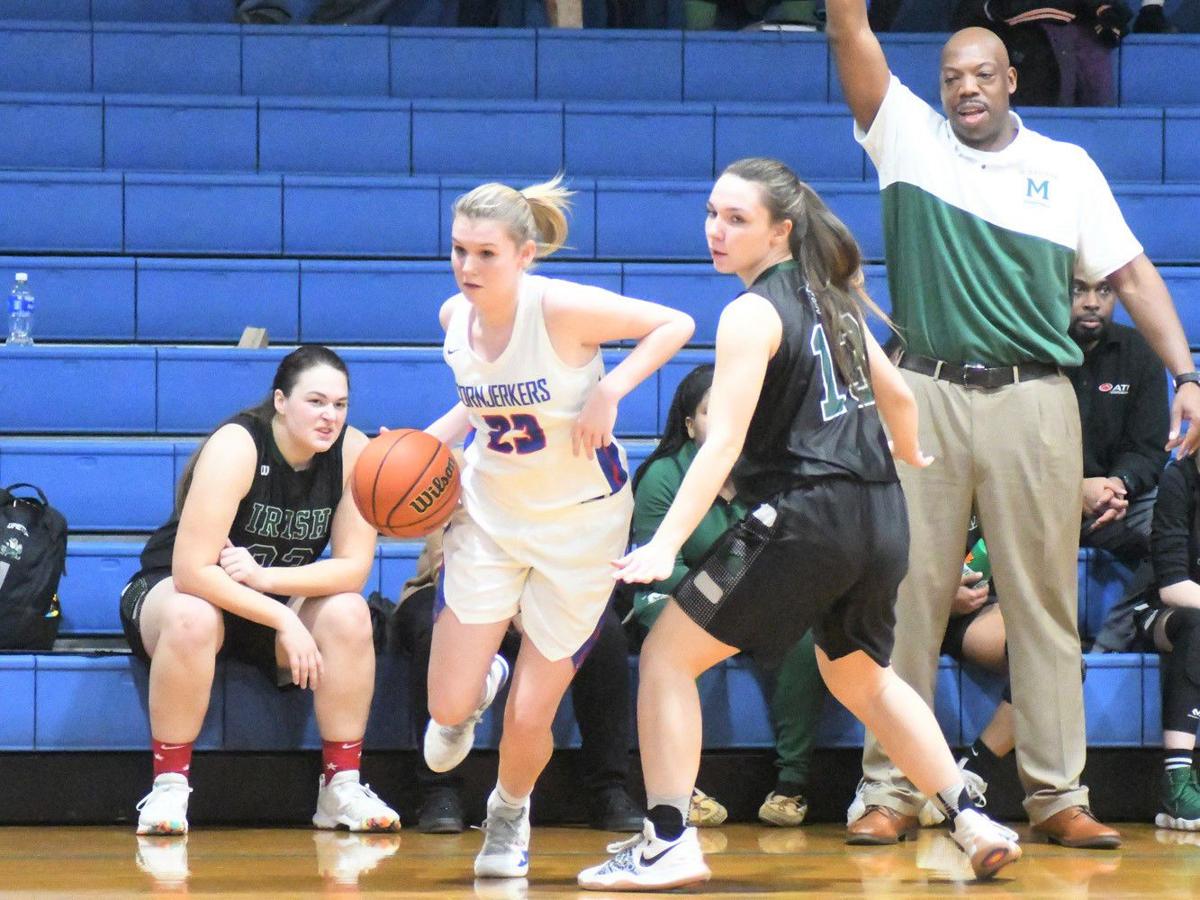 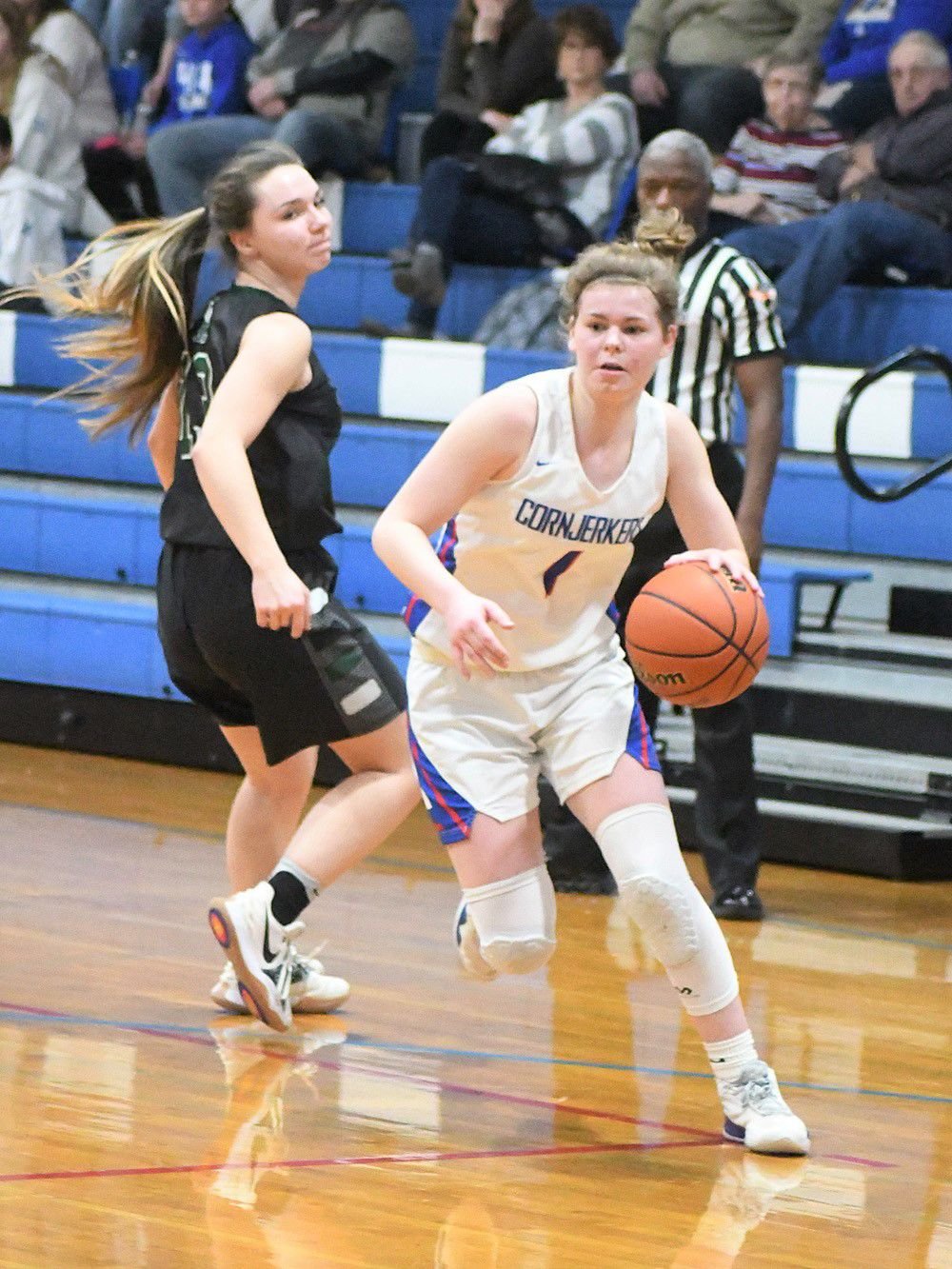 Hoopeston Area’s Emma Glotzbach drives the ball past Kankakee (McNamara)’s Olivia Lorence in the first half of Monday night’s IHSA Class 2A basketball regional at Hoopeston.

Hoopeston Area’s Emma Glotzbach drives the ball past Kankakee (McNamara)’s Olivia Lorence in the first half of Monday night’s IHSA Class 2A basketball regional at Hoopeston.

MAROA — The Oakwood girls basketball team started IHSA Class 2A action on Monday with a 53-25 win over Westville.

The Comets will advance to play Unity on Wednesday in semifinal action.

In other local action, Schlarman Academy had a strong start to playing in 2A with a 67-9 win over Georgetown-Ridge Farm at St. Joseph-Ogden. The Hilltoppers will take on Villa Grove Heritage tonight at 7:30 p.m.

At Hoopeston, the Cornjerkers held on to beat Kankakee Bishop MacNamara 41-35 and will go on to face Watseka on Wednesday at 7:30 p.m.

In Class 1A, Armstrong-Potomac lost to St. Thomas More 51-27 at Lexington.

MAHOMET — Erin Houpt had 25 points as the Lady Vikings defeated the Bulldogs.

Tharija Rose had 21 points for Danville, while Zytara Boyd had 11 points and Miracle Payne had eight points.

The Vikings will play Urbana on Thursday.

STATE COLLEGE, Pa. — Petra Holesinska had 28 points as the Illini got the win on Sunday over the Nittany Lions,

Kennedi Myles had 14 points and nine rebounds for Illinois, while Jeanae Terry had 11 points and seven assists and Ali Andrews had eight points and two blocks.