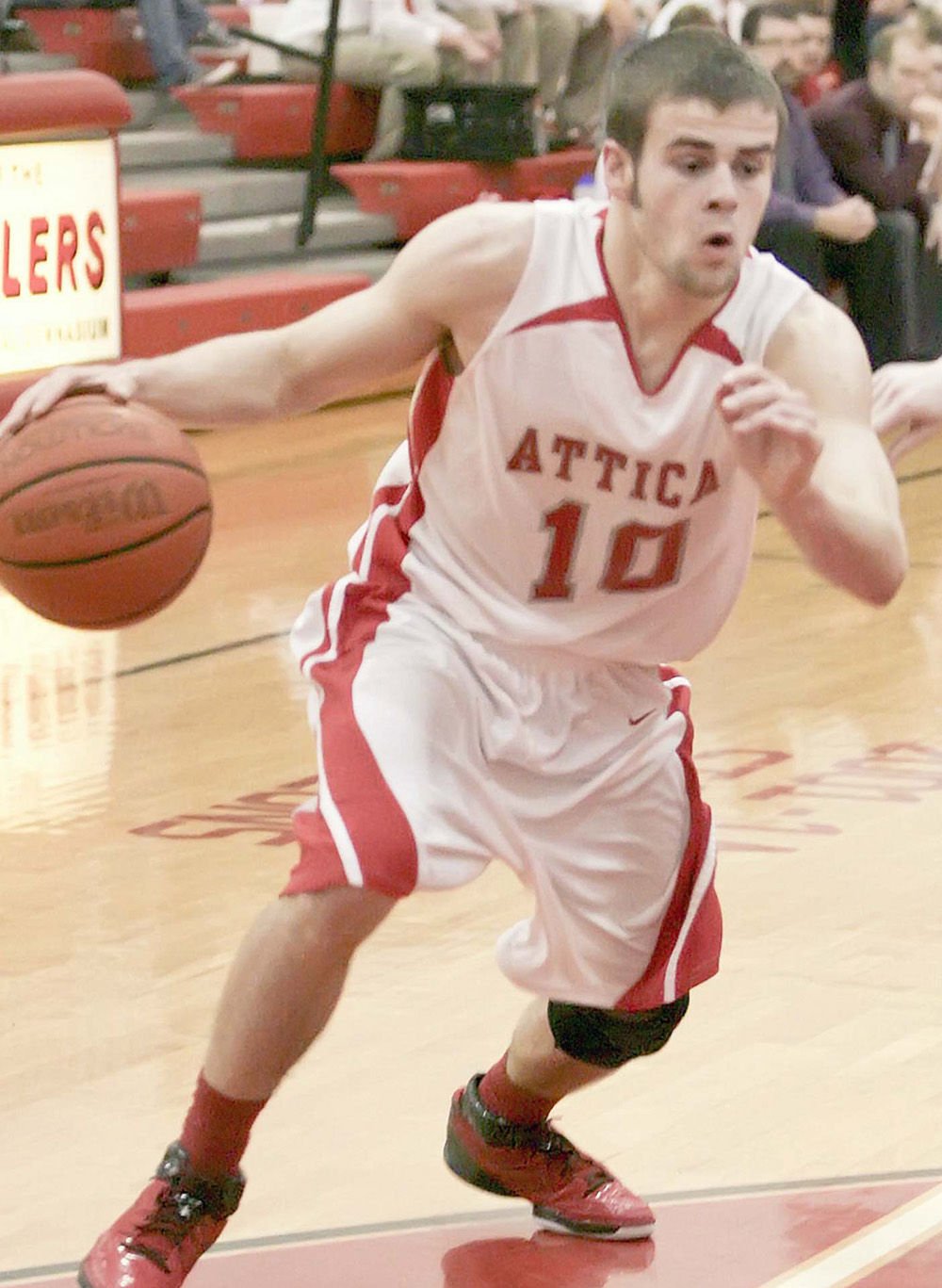 Attica’s Bryce Cooper drives the lane against Turkey Run on Friday. Cooper had 24 points with seven rebounds and four assists as the Red Ramblers won 58-50. 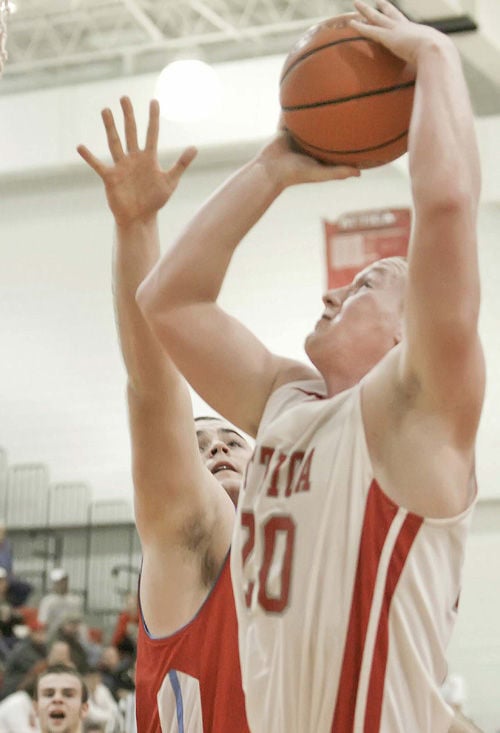 Attica’s Bryce Cooper drives the lane against Turkey Run on Friday. Cooper had 24 points with seven rebounds and four assists as the Red Ramblers won 58-50.

The Attica boys’ basketball team opened a 13-0 run in the first quarter en route to a 58-50 win over Turkey Run.

The Ramblers held the Warriors scoreless for almost five and a half minutes to build a lead that was never really threatened.

Once Turkey Run got on the board, they cut the gap to eight by the end of the first period, but Attica pushed the margin back into double figures as soon as the second quarter started.

“Our defense forced some turnovers early,” said Attica coach Chuck Hutchins, “And most importantly, we turned them into points, something we haven’t been doing.”

Two Turkey run players tried to keep their team in the game with their scoring.

Riley Sunderman was scoring inside while Jeff Woods was hitting from outside, making five treys on the night that contributed to his game-high 27 points.

Despite the scoring by those two Warriors, Attica continued to pull away in the second quarter as Bryce Cooper, Austin Smith and Mike Green all chipped in with baskets to make the score 32-16 at halftime.

Attica got into a bit of foul trouble in the first half as Carson Davis and Kenny Little picked up three apiece trying to guard Woods.

“It really didn’t bother me about the fouls,” said Hutchins. “We kind of expected they might get into trouble trying to stop him. We play eight or nine guys, so we weren’t worried about depth.”

The fouls mounted for both teams as the third quarter started. Turkey Run put Attica into the bonus midway through the period while the Ramblers did not return the favor until the opening minute of the fourth quarter.

As the third quarter progressed, Turkey Run began to close the gap and when Woods hit back-to-back treys at the 4:14 mark, the Warriors closed within ten at 50-40.

They would close within nine, but then a loss of composure cost them dearly.

One of the Warriors picked up his fifth foul and reacted, saying something that caused the closest official to whistle a technical foul.

That sent Cooper to line where he made three of four free throws – two from the one-and-one and then one of the two from the technical.

Attica got possession and scored which meant the game went from 51-41 to 56-41 in 21 seconds – and effectively put the game out of reach.

“That was big,” said Hutchins about the five-point swing. “We went from ten to fifteen points up in no time.”

The Ramblers were able to hold on and close out the Warriors, but Turkey Run still managed to cut the final margin to eight – something that Hutchins did not like.

“We tend to relax when we get a lead,” he said. “Good teams would put the other team away and expand their lead, but we relaxed and let them back into it.”

On the night, Attica was 25 of 27 from the line, including Cooper who scored 16 of his team-high 24 points from the charity stripe.

While that total impressed Hutchins, he also pointed out that his team hit only one of nine from beyond the arc — usually a strong point for the Ramblers.

“We’re playing well right now,” he concluded, adding, “We’re not peaking yet and that’s good. We still want to get better, but we’re playing as well as I’d hoped for right now.”

of Georgetown, passed away November 26, 2021, at his home. According to his wishes cremation rites will be accorded and there are not any services scheduled at this time. Condolences may be shared with the family at: www.BlurtonFuneralHomes.com.