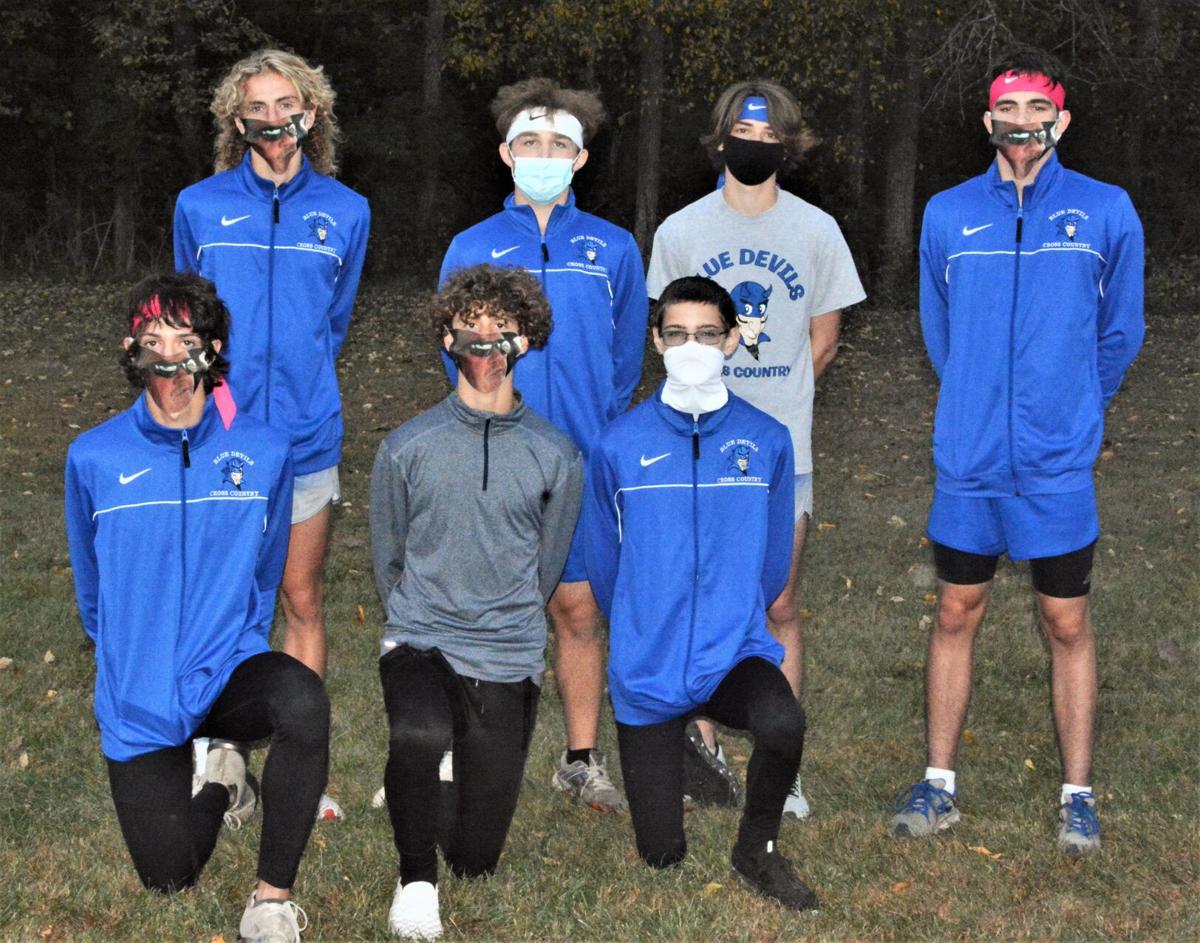 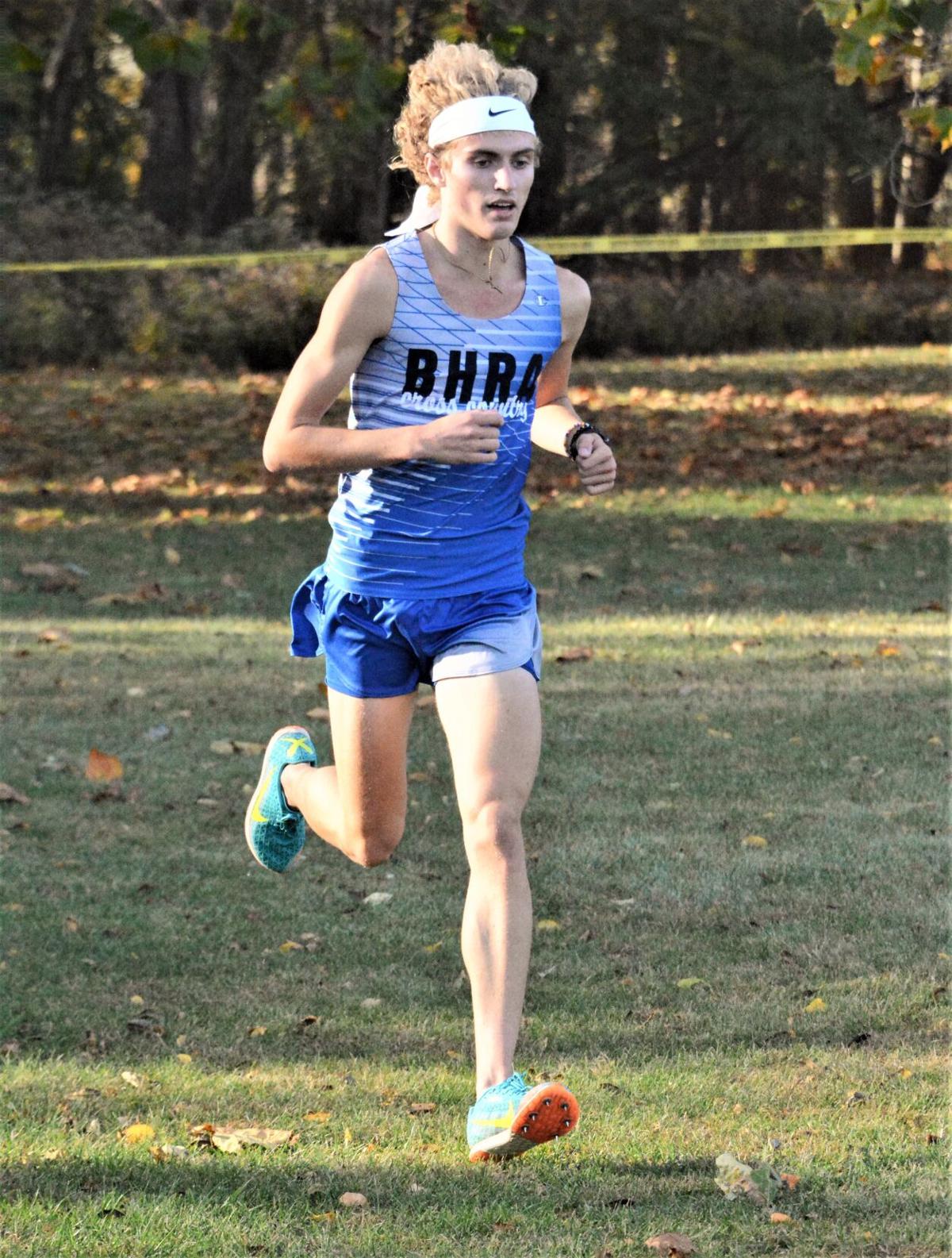 OAKWOOD — Determination is a powerful motivator.

Mojonnier, who won the Oakwood/Salt Fork Invite at Kickapoo on Oct. 3 with a time of 16 minutes, 24.10 seconds, was right on track after two of three laps on the 1-mile course.

But, a combination of the windy conditions and the hilly course finally caught up with him in the final stretch. Mojonnier easily won the individual crown but his time was 16:17.25.

“I almost had it,’’ said Mojonnier, whose time at the 2-mile mark was 10 minutes, 40 seconds. “I just fell off coming down that far hill on the course. I started gagging and my stride got really short.

Bismarck-Henning/Rossville-Alvin coach Todd Orvis has no doubt that Mojonnier has enough ability to run under 16 minutes at Kickapoo, but he knew on Monday that it was doing to be a difficult challenge.

“Seeing the weather forecast with breezy conditions, I knew it would going to make it tough on him,’’ Orvis said. “Give him credit. He went out after it and he put himself in a position to do it. For about two and half miles, it looked like he had a really good shot at it.

“Racing on this course is really tough.’’

Mojonnier, who was second in last year’s conference meet in a time of 17:42, acknowledged that Tuesday’s time was still faster than his previous effort at Kickapoo.

“I’m improving and that’s all that matters,’’ he said.

“That is something we have been talking about all year,’’ Mojonnier said. “Hopefully, we can follow it up with a county title and a regional title.’’

The Blue Devils almost didn’t get a chance to defend their title.

Last week, when their school was shut down for in-person learning because of a number of COVID-19 positive cases, it was originally determined that all fall sports would be shut down, as well.

But a school board meeting was held, the cross country teams and the boys golf team were able to continue their seasons.

“I thought we were done,’’ Orvis said. “But a group of parents really came through. They made some calls, sent e-mails, went to the board meeting and lobbied to keep us going. I really appreciated that.

“These kids have worked too hard to have their season end like that. Now, hopefully, we will get a chance to finish the season.’’

Mojonnier admitted their was a sense of relief throughout the team.

“The next day at practice everyone was pretty excited to get the opportunity to keep running,’’ he said. “At this point, we are just grateful for anything that we get to do this year.’’

Orvis acknowledges that he is looking forward to seeing how Mojonnier closes out his senior season.

“He is one of the gutsiest runners that I’ve coached,’’ he said. “It’s exciting going into the next couple of weeks. I wish there was a state meet.’’

And when it comes to his team, Orvis says that Mojonnier sets the tone.

“There are a lot of guys on this team that try to mimic his effort and intensity in practice,’’ Orvis said. “That’s a credit to Eli and those other guys. He is model of how you are suppose to do it.’’

The Blue Devils had four of the top-five runners in Tuesday’s meet with Emerson Thorlton finishing second for his second straight all-conference honor, while Ayden Ingram and Murphy McCool finished fourth and five respectively.

“Those other guys are also very gutsy runners,’’ said Orvis. “You saw at the end of the race — their hard work and their refusing to lose really paid off.’’

Ingram and McCool are in their first seasons with the cross country team.

“That has been on the positives from this pandemic,’’ Orvis said “We have picked up two or three kids that we probably wouldn’t have gotten in a normal year.’’