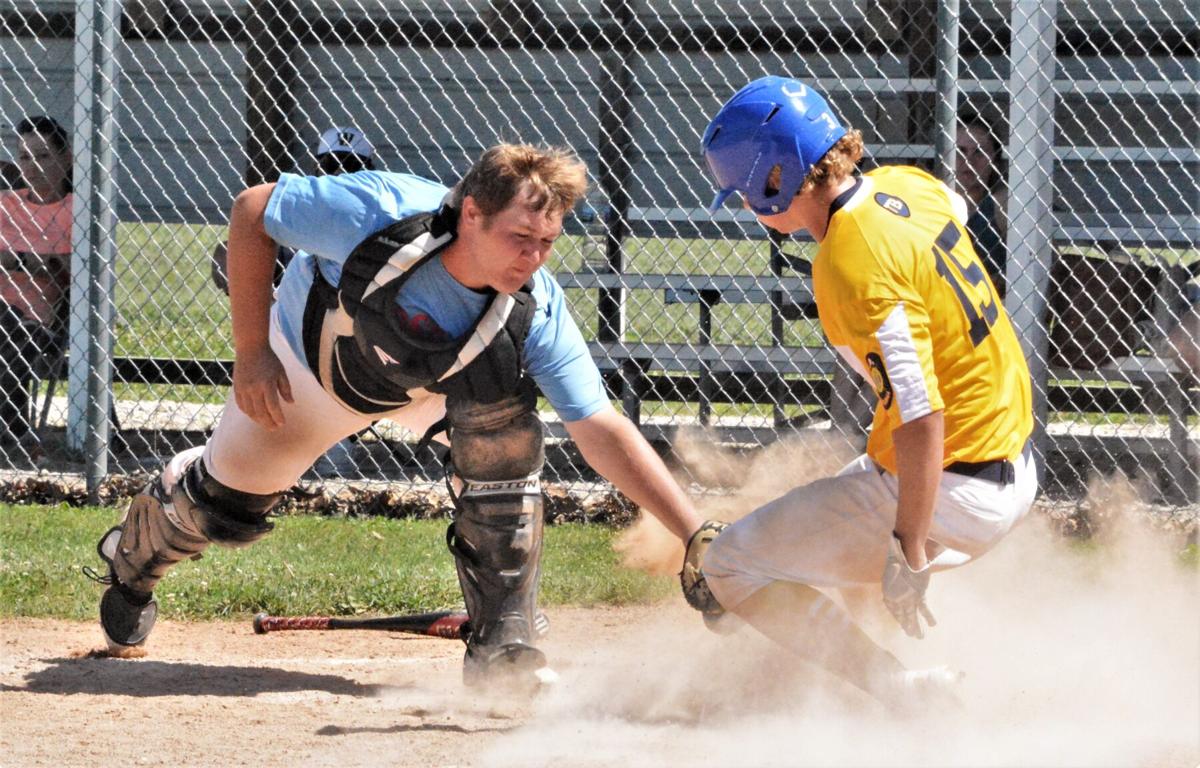 Danville Post 210 baserunner Brody Sexton (15) slides safely into home with the winning run ahead of the tag attempt by Washington (Ind.) catcher Robert Hostetler during the second game of Sunday’s doubleheader at Gruber Park. Danville defeated Washington 7-5 and 3-2. 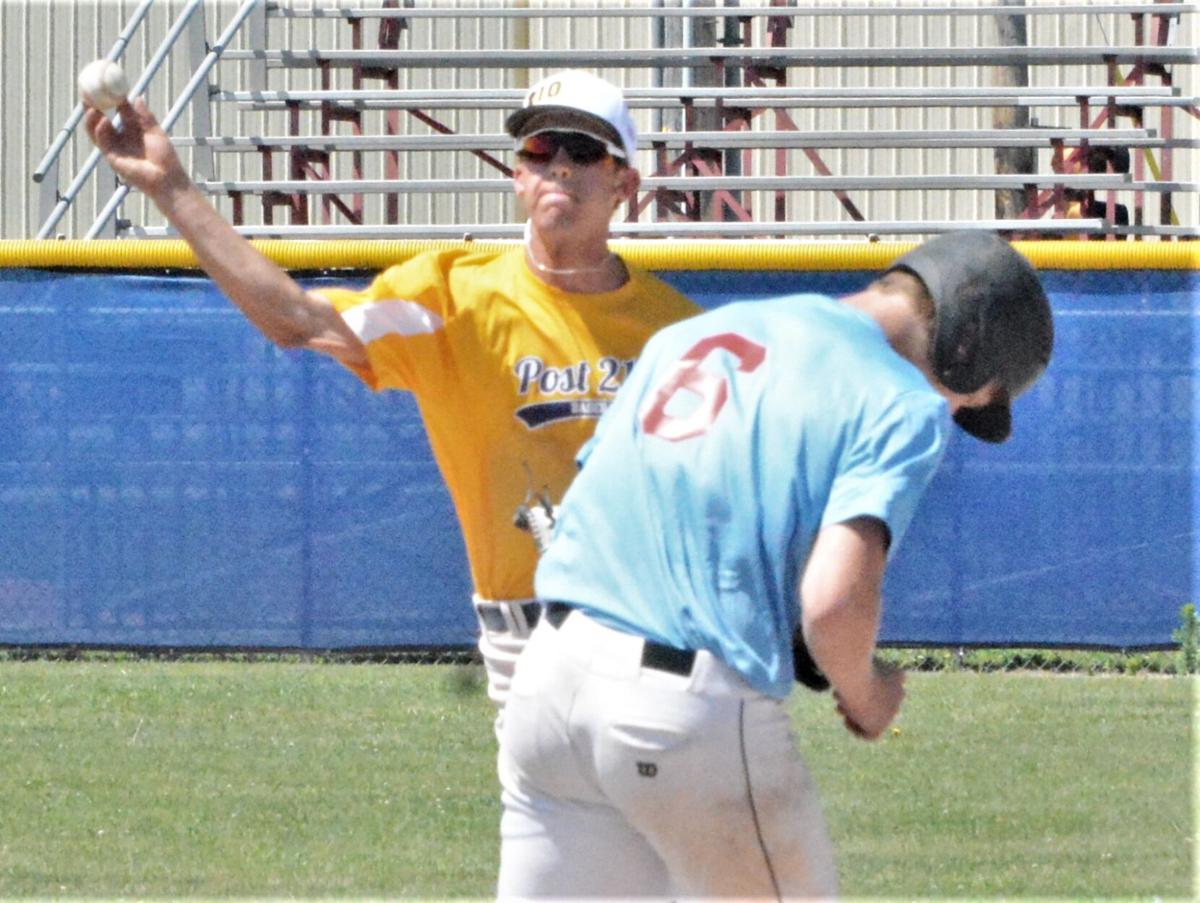 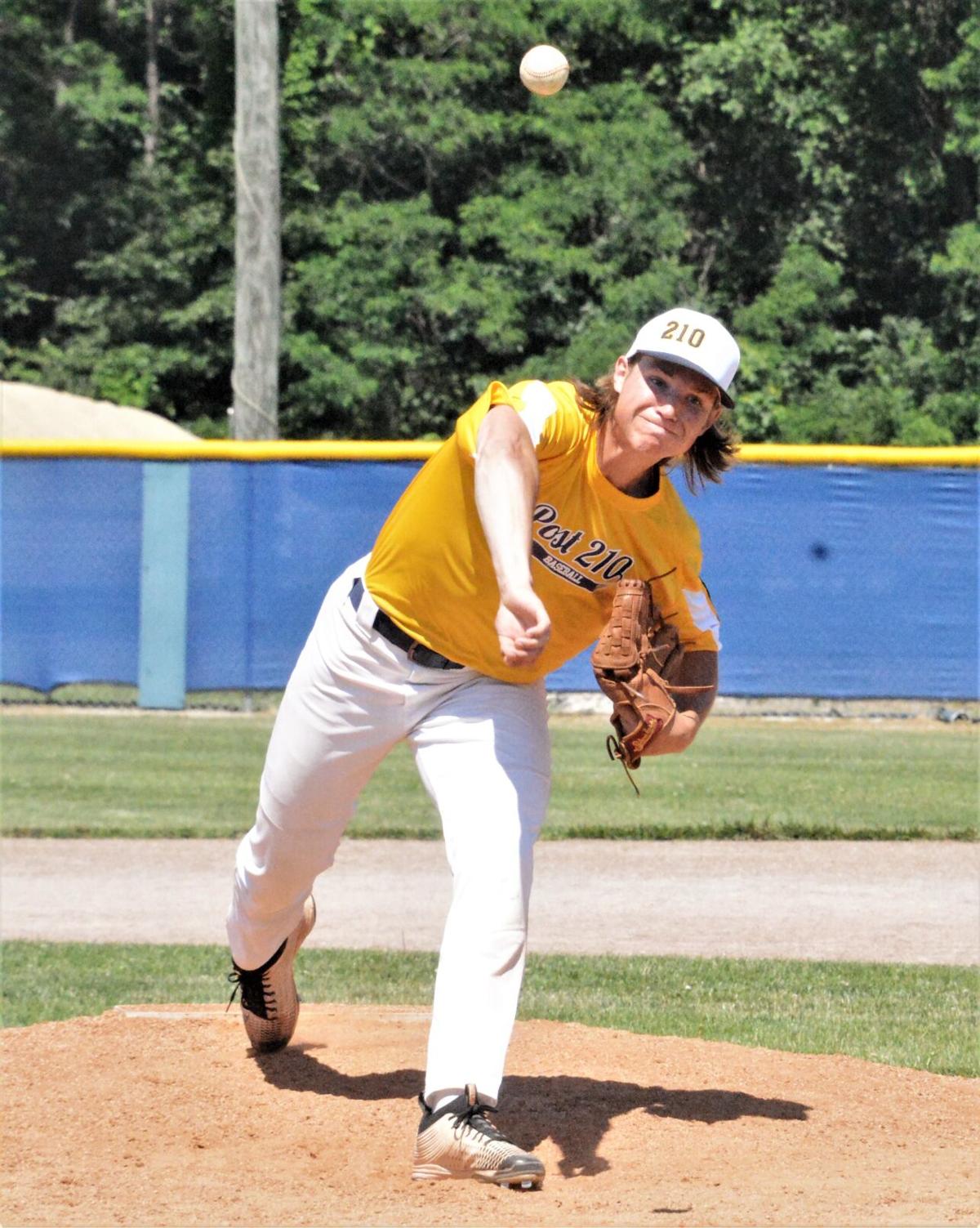 Danville Post 210 baserunner Brody Sexton (15) slides safely into home with the winning run ahead of the tag attempt by Washington (Ind.) catcher Robert Hostetler during the second game of Sunday’s doubleheader at Gruber Park. Danville defeated Washington 7-5 and 3-2.

TILTON — Introductions for the Danville Post 210 Speakers were taken care during the first few days of practice last week.

On Sunday afternoon at Gruber Park, it was time to find out how this team would do in a competitive situation against a live opponent.

Danville opened the American Legion baseball season with a sweep of Washington, Ind., winning the opener 7-5 and claiming the nightcap 3-2.

“We found out that we can compete and play with the highest level of teams,’’ said Post 210 first baseman/pitcher Isaiah Ruch, who was 2-for-4 with three runs scored in the doubleheader sweep. “When needed, we put our heads down and pulled out the victories.’’

And while winning is the main goal every time that Post 210 takes the field, Danville manager Allan Shepherd also wanted to get everyone exposed as he tries to meld together 18 players from seven different high school programs.

“We always spend these first few games trying to figure out where everyone goes in the lineup, in the field and on the mound,’’ said Shepherd, who has led Post 210 to state titles in 2016, 2018 and 2019. “We also got a couple of wins while doing that, which was nice, but more important, we’ve started to find out where are people are going to fit in.’’

In both victories on Sunday, the Speakers scored their winning runs in their final at-bat.

“It showed a lot of character to do that early in the season,’’ Shepherd said. “I think this group is going to be gritty and we will be there at the end.’’

“It was a great way to start the season,’’ said Danville infielder Andy Onnen, who went 3-for-6 with five RBIs in the two victories. “This sets the tone for the rest of the season.’’

The Speakers went even more dramatic in the second game with a walkoff victory as Brody Sexton, who started the seventh with a single to center, scored from first base on a sacrifice bunt by Luke Johnson and the subsequent throwing error.

“We were able to put the bat on the ball when we needed it in that situation,’’ Ruch said.

Danville used eight different pitchers in the two games, with only Brodi Winge going past two innings and 40 pitches.

Blake Norton threw two shutout innings in the first game to pick up the victory, while Dawson Dodd got the save with a scoreless seventh. Josh Young earned the win in the second game with a scoreless frame for the Speakers.

“Part of that was that we wanted to see what we had in the form of pitching and other part is that we have a four-day tournament starting on Thursday,’’ Shepherd said.

Before Danville heads to Terre Haute, Ind., this Thursday for the John Hayes Invitational, the Post 210 Speakers will host Lafayette (Ind.) for a 6 p.m. contest on Tuesday at Gruber Park.

“Some of these guys are getting their first legion baseball experience,’’ Shepherd said. “It’s about getting them comfortable and we will do it again on Tuesday.’’