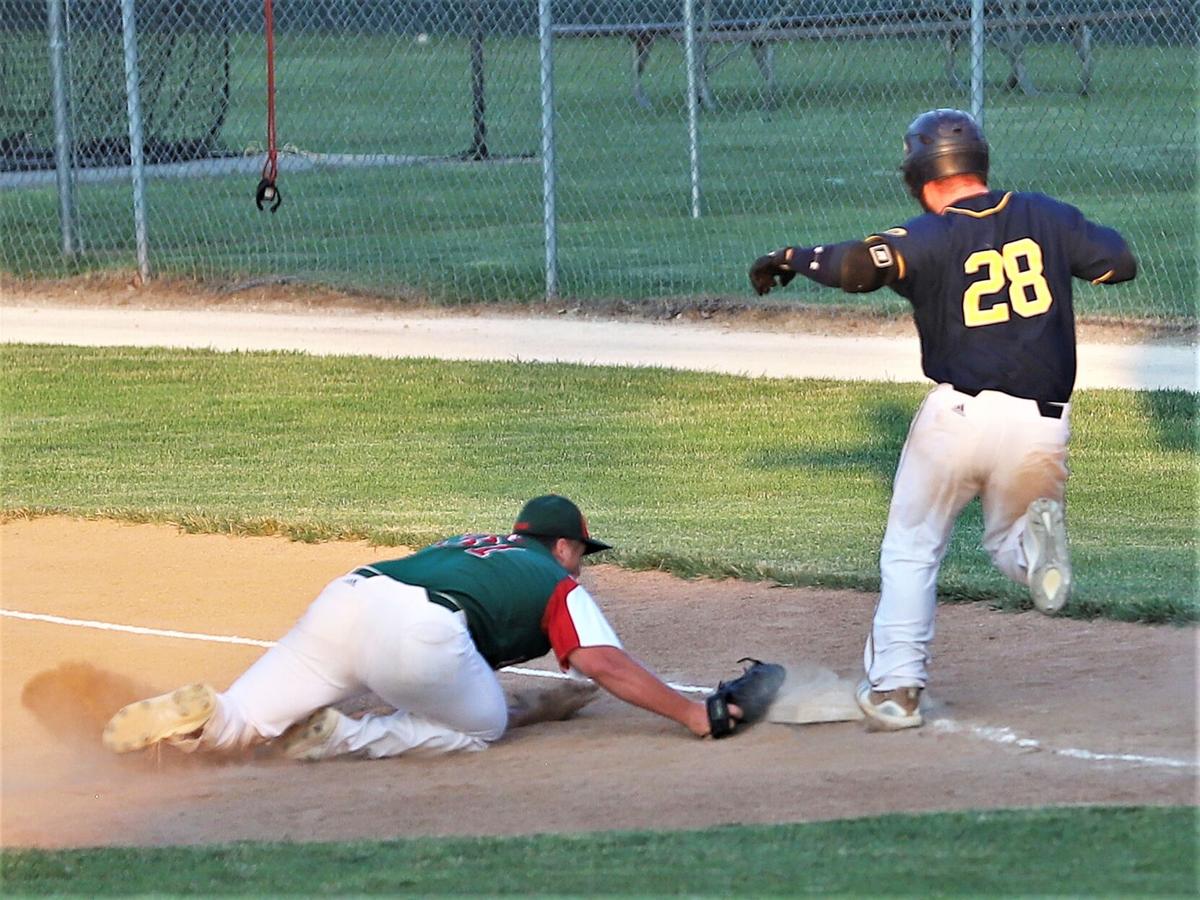 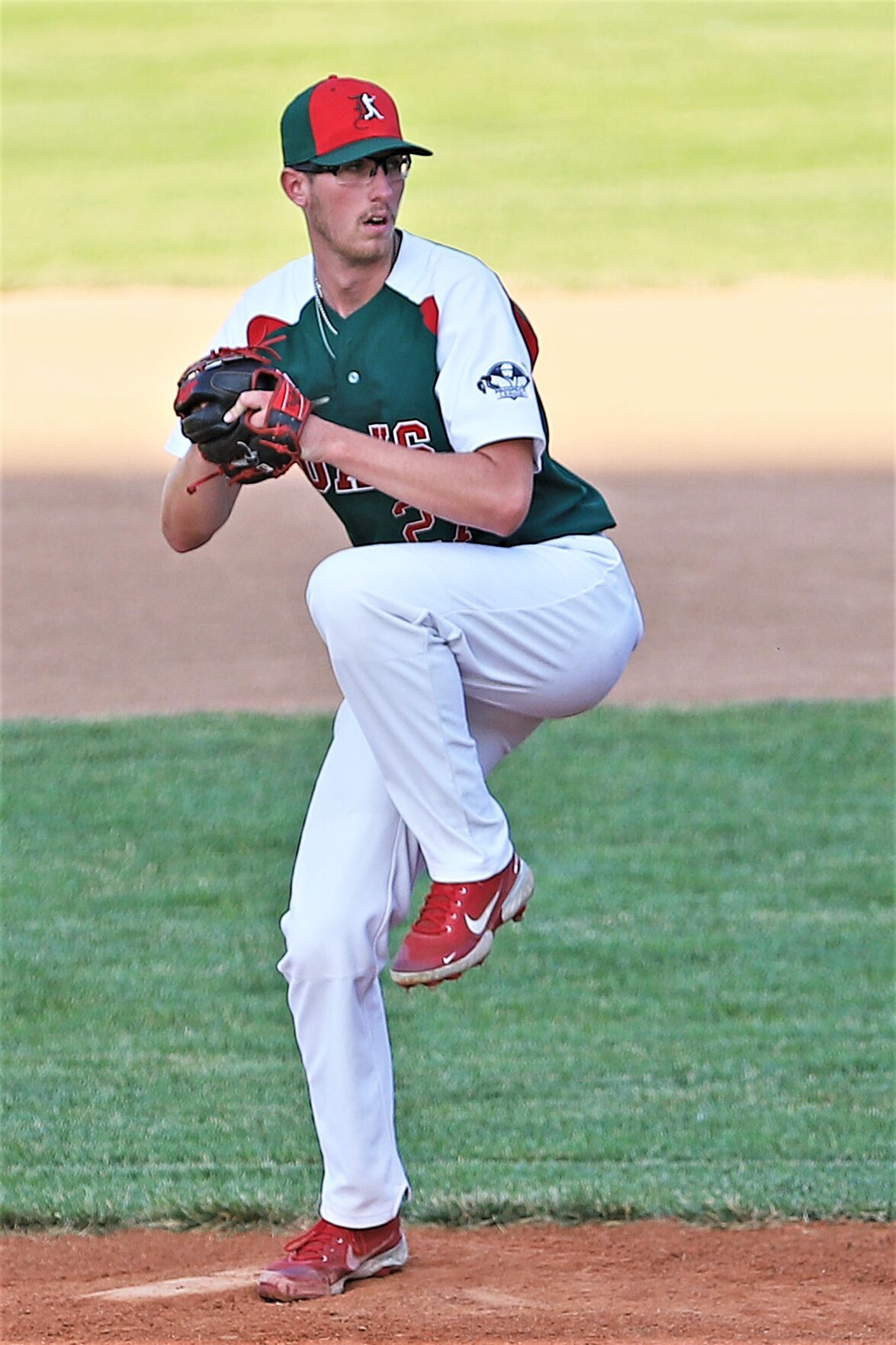 Danville right-hander Patirck Dunn prepares to deliver a pitch during Saturday's game against the Lafayette Aviators at Danville Stadium. 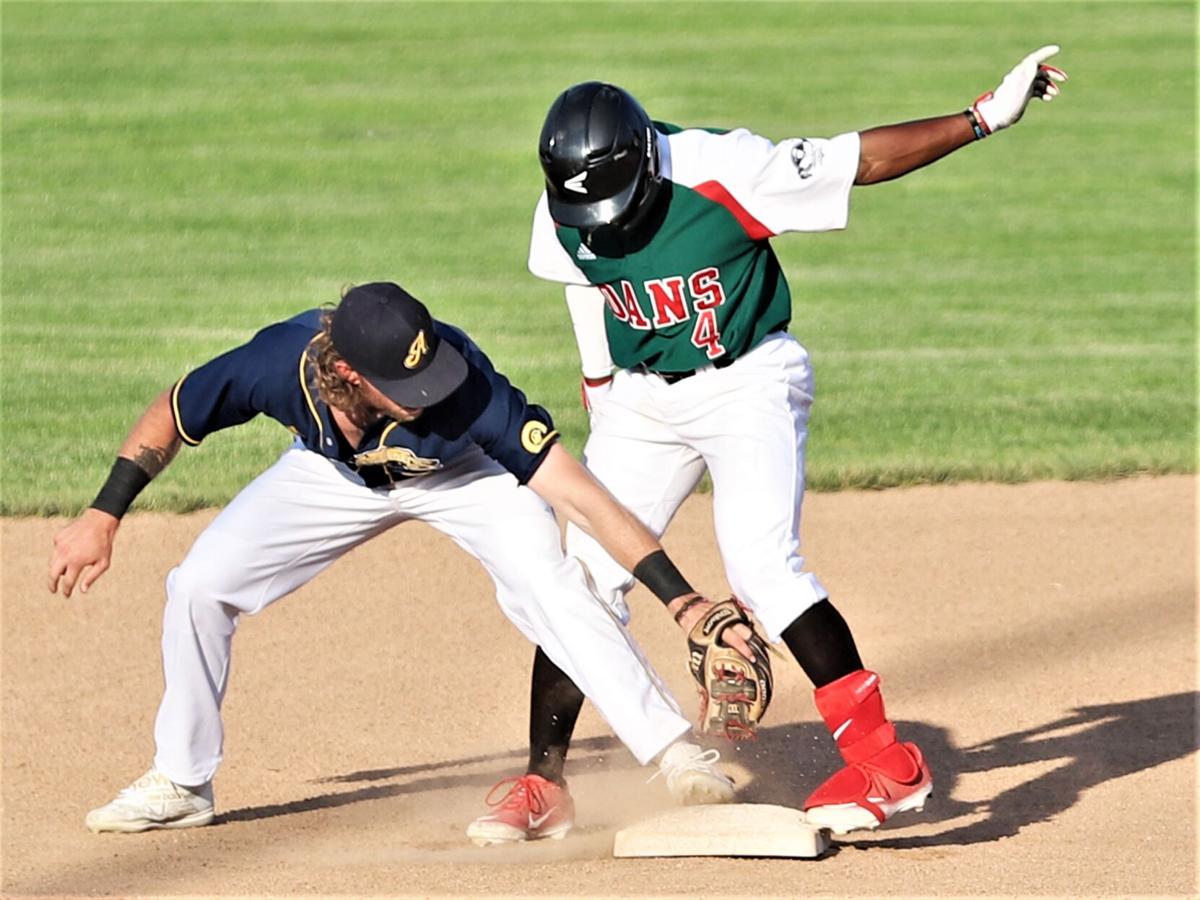 Danville Dans outfielder Jonathon Thomas beats the throw at second base before Lafayette Aviators infielder Mike Snyder can make the tag during the first inning of Saturday’s Prospect League game at Danville Stadium.

Danville right-hander Patirck Dunn prepares to deliver a pitch during Saturday's game against the Lafayette Aviators at Danville Stadium.

Danville Dans outfielder Jonathon Thomas beats the throw at second base before Lafayette Aviators infielder Mike Snyder can make the tag during the first inning of Saturday’s Prospect League game at Danville Stadium.

DANVILLE — Normally, it can take teams a little time to adjust to hitting with wood bats in the Prospect League.

The Lafayette Aviators are dispelling that logic in the first full week of the 2021 season.

On Saturday night, Lafayette hit four home runs, brining their season total to 17, as the Aviators trounced the Danville Dans 15-8 before 1,220 at Danville Stadium.

"When you don't compete in the zone and throw strikes. And then you give up crooked numbers, that is the outcome that you are going to get,'' said Danville Dans manager Eric Coleman. "Our guys battled, putting up a 6 spot in the seventh inning, but we have to eliminate the big innings.

"They had a 5-run inning, a 3-run inning and a 4-run innings. That's not going to win very many ballgames.''

And this is the third straight game that Lafayette has scored in double figures against Danville.

The Aviators, who had a league-best .328 team batting average, are averaging 9.9 runs per contest and they have outscored the Dans 39-22 in the last three games.

"We need to eliminate the crooked numbers and compete on the mound,'' Coleman said. "That's where it starts.

"We did well offensively with a 6-run seventh and we had 11 hits. That should be good enough, but it wasn't tonight.''

Lafayette's offense is being fueled by a pair of right-hander hitters in the middle of it lineup. Third baseman Tyler Kelly and first baseman Tanner Craig have combined for 8 homers and 26 RBIs in the Aviators first 7 games, while catcher Trevor Johnson has added 4 home runs and 17 RBIs of his own.

That trio combined for eight hits — 2 of them were home runs — and eight RBIs. Lafayette finished the game with four home runs and six extra-base hits.

With the victory, Lafayette takes a 2.5-game lead over Danville in the East-Wabash River Division of the Prospect League. For the Dans, it's their fourth straight loss after opening the year with four straight wins.

"There is no panic. We still have 52 games left in the season,'' said Coleman, who is still missing 13 permanent players from his roster. "We have guys that want to battle that will be getting here.

"Right now, we need to bounce back and end this week on a positive note.''

Saturday's loss was the first at home this season for Danville and it assures that the Dans will end this week with a losing record — two things that can really disappoint Coleman.

"It didn't happen this week. It's baseball,'' he said. "It didn't go our way this week. Hopefully, we can start a new streak tomorrow.''

Patrick Dunn, a freshman from the University of Houston, made his Danville debut on Saturday night and he took the loss after allowing five runs in four innings, while walking one and striking out six.

Keenan Taylor led the Danville offense with three hits and two RBIs, while catcher Justin Long went 2-for-4. Long also pitched a scoreless ninth for Danville, striking out two of the three batters he faced.

Danville and Lafayette will complete its four-game series on Sunday with a 4:30 p.m. contest.