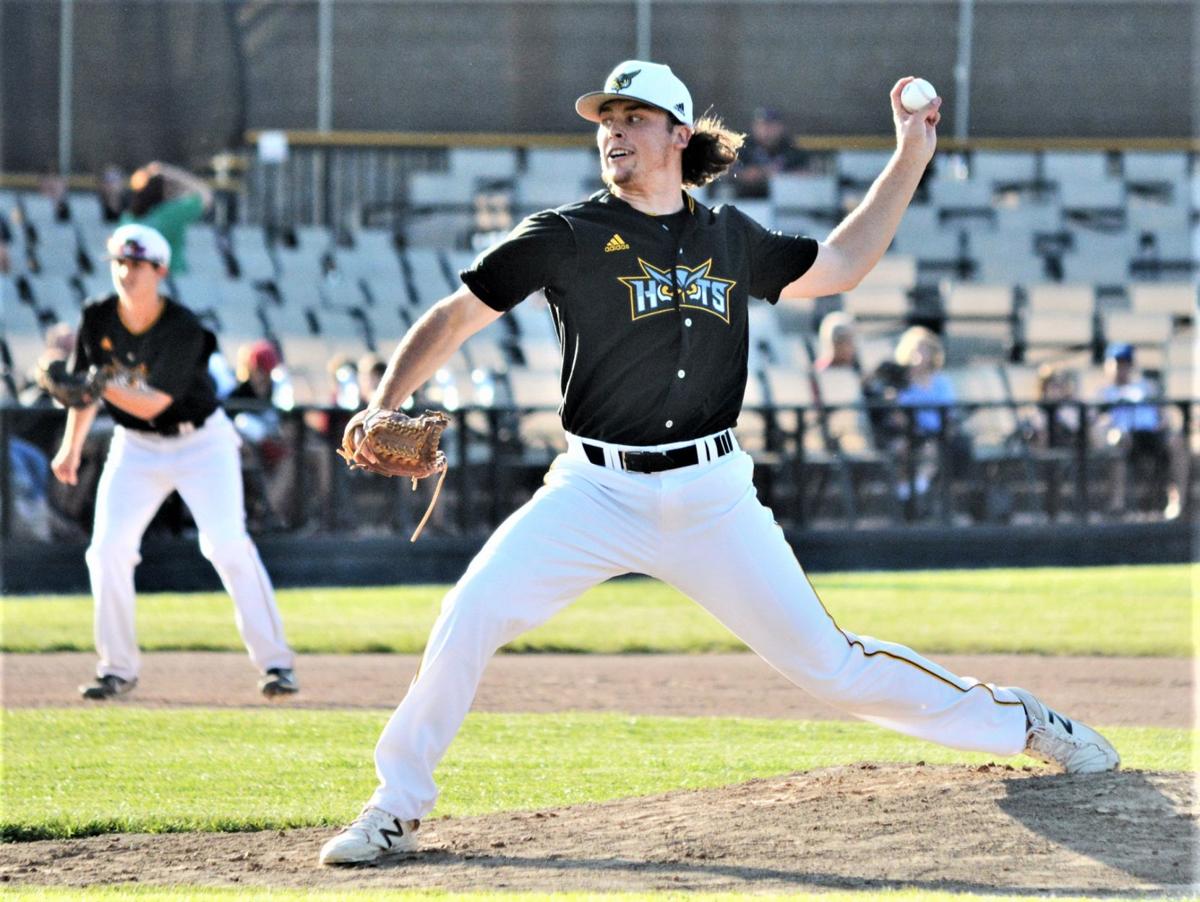 Former Bismarck-Henning/Rossville-Alvin left-hander Dylan Dodd, shown here pitching for the Hannibal Hoots on May 30, 2018, was off to a spectacular start in his senior season at Southeast Missouri State. Dodd was named Collegiate Baseball Pitcher of the Week on March 2 after a complete game shutout with 15 strikeouts against Ohio University on Feb. 28. 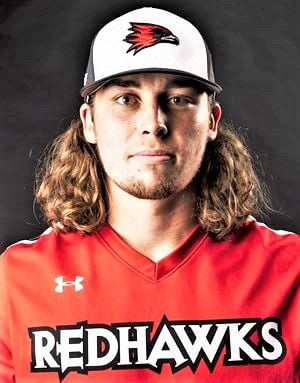 Former Bismarck-Henning/Rossville-Alvin left-hander Dylan Dodd, shown here pitching for the Hannibal Hoots on May 30, 2018, was off to a spectacular start in his senior season at Southeast Missouri State. Dodd was named Collegiate Baseball Pitcher of the Week on March 2 after a complete game shutout with 15 strikeouts against Ohio University on Feb. 28.

DANVILLE — All athletes, no matter what level, believe that hard work will be rewarded on the field of competition.

And in some rare cases, the prize for their devotion is an opportunity at a higher level.

Former Bismarck-Henning/Rossville-Alvin left-hander Dylan Dodd, a senior this season at Southeast Missouri State in Cape Girardeau, Mo., was well on his way to a very special season and quite possibly hearing his name being called out during the Major League Baseball Draft in early June.

“I was throwing it fairly well,’’ said Dodd, who like thousands of other NCAA athletes has seen his season abruptly ended because of the coronavirus pandemic. “I felt like my command was really good and I had been able to mix in three pitches and throw each one of them for strikes.

“Previously in my career, that has not been something that I was able to do.’’

Just how good was Dodd throwing the ball for the Redhawks?

On Feb. 28 against the Ohio University Bobcats, Dodd tossed a five-hit, complete game shutout and in the process, the 6-foot-2 left-hander struck out a career best 15 batters. For his efforts, Dodd was not only named the Ohio Valley Conference Pitcher of the Week, but he was also one of Collegiate Baseball’s National Pitchers of the Week.

“I was able to get both my slider and my changeup into the game,’’ said Dodd, noting that he just added the slider to his arsenal this season.

“I’ve worked so much with coach (Matthew) Kinney at SEMO along with the work that I’ve put in with past coaches over the years — everything just evolved and things started clicking for me,’’ Dodd said.

But, why did he start throwing a slider?

“I’ve always had a curve ball, but it was really slow and loopy,’’ he said. “It didn’t play well off of my fastball. Especially, when you looked at the advanced technology that we’ve got here at SEMO, you could see how it came out of my hand — the angle — it wasn’t the right pitch for me.

“Coach Kinney showed me a few grips and we went with the one that I thought worked the best and we went from there.’’

And just like with anything, it took time for Dodd to develop the pitch.

“I was awful at the beginning,’’ he said. “After winter break, it was alright. I could throw it, but if it was in the zone, it was probably going to get hit.

“In the last month of the season, it was a legit pitch for me.’’

Dodd, who was the 2016 Commercial-News Player of the Year, had plenty of success at the high school level with the Danville Post 210 Speakers and he was even the MVP when Kankakee Community College won the 2017 National Championship.

He did it as both a pitcher and a outfielder, but how did he have success with only a fastball?

“It was because of my command. I was able to put my fastball where I wanted it to be,’’ he said. “Developing those other pitches was allowing me to achieve even more success this season.’’

It also didn’t hurt that Dodd saw his velocity jump since his arrival at SEMO.

“When I pitched at Hannibal, I topped out at 89-90 and I sat at about 85 or 86,’’ said Dodd, of his 2017 summer season with the Prospect League’s Hannibal Hoots, under the direction of Danville Area Community College coach Clayton Hicks. “This season, I think my top speed was 94 or 95 and I was sitting at 90-91.

“That can really play even if you miss your spot occasionally. It gives you a little more room for error.’’

Dodd credits the coaching staff along with the strength and conditioning program at SEMO for his improvement.

“We had all of the best weight training equipment and the advance programs that you can have. That played a big role in being able to throw harder and develop faster,’’ said Dodd, noting he also focused on being a pitcher only. “The most important thing, according to my coaches, if you want to throw hard than you have throw the ball hard more often. You have to have 100 percent intent with every throw.’’

A big part of his workout routine was long toss. Something that Dodd did a lot when he was also playing outfield at Kankakee and Danville Post 210 baseball.

“When I converted to pitcher only, I got away from that,’’ he said. “Now, when I’m in season, I do it about once week and during the off season, I was long-tossing four or five times a week.

“Just working on letting the ball go and getting extended.’’

Dodd’s success was coupled with a good start for the Redhawks, who were 9-7 overall and 2-1 in the Ohio Valley Conference when their season was cancelled last week.

“I think we had a chance to win any game that we played,’’ said Dodd as SEMO won seven of their final nine. “This whole deal stinks for a lot of people, but I think it’s for a good reason. I can’t fault the NCAA for cancelling the season, because this is a big deal and it’s a serious situation.

“I would rather be safe than sorry.’’

Thankfully, it might not be the end for Dodd as published reports from the NCAA seem to indicate that all spring sport athletes will be granted an extra year of eligibility. That is if he doesn’t get drafted in the MLB Draft in June.

“If I get the opportunity, I’m probably going to take it,’’ said Dodd. “But, if the draft doesn’t work out, I will go back to SEMO.’’

For right now, Dodd is staying at home and working out when he can at Bismarck-Henning/Rossville-Alvin High School.

“I’m trying to stay in game-ready shape,’’ he said, noting that his college coaches are probably going to want him to pitch this summer, if the collegiate leagues are able to play their seasons.