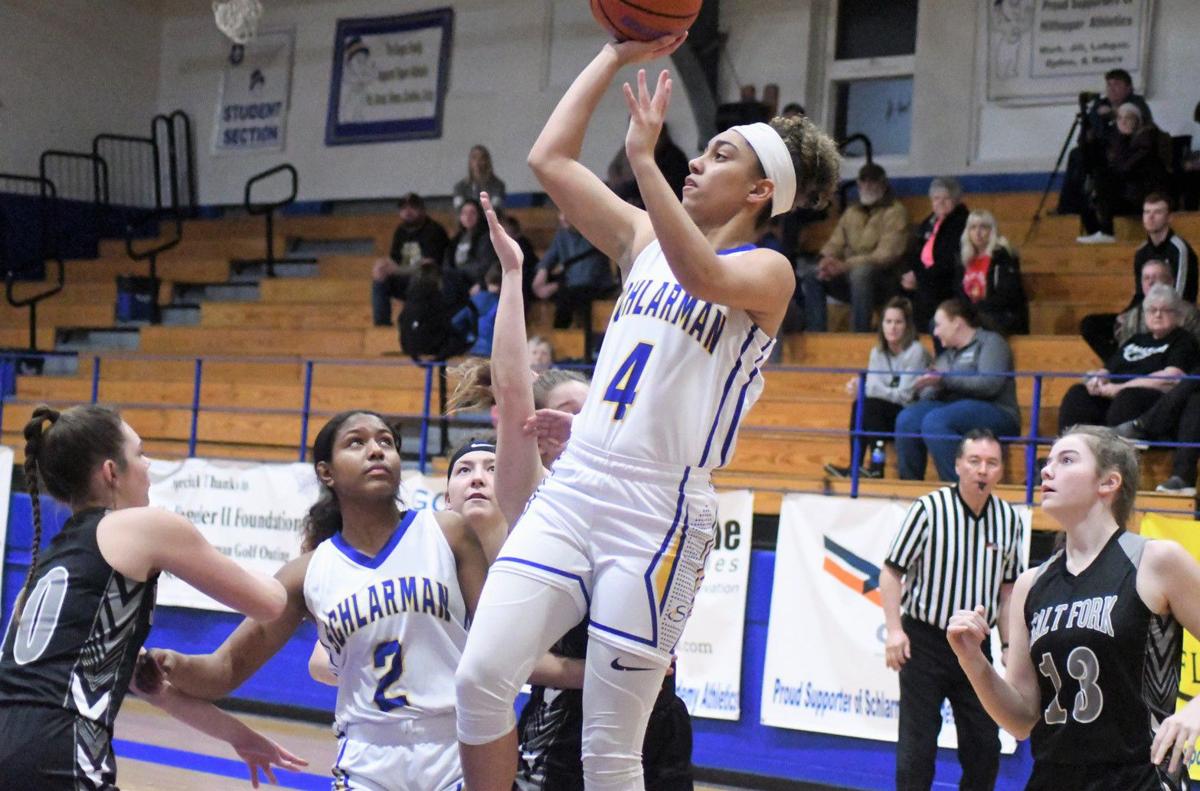 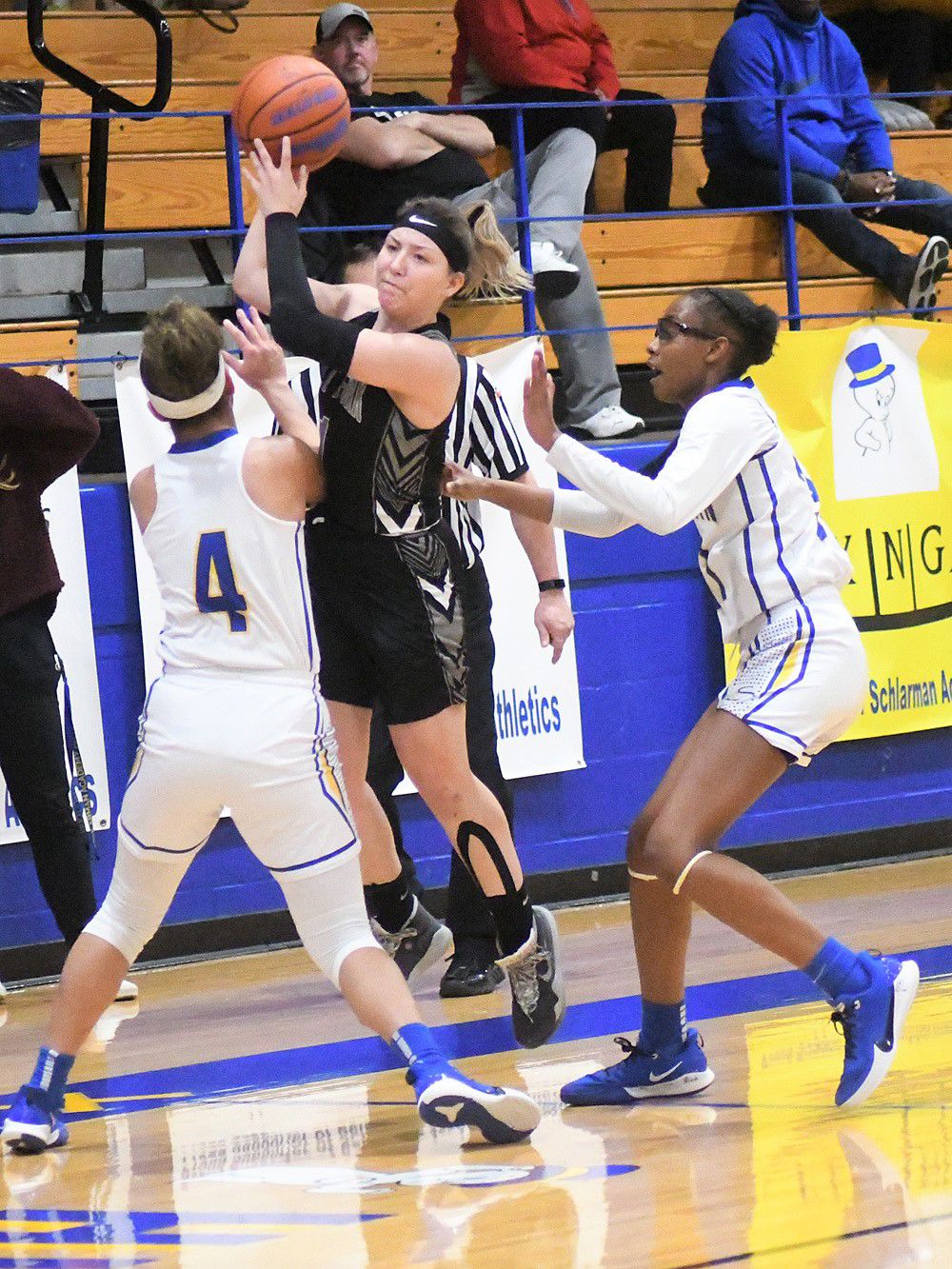 Salt Fork’s Kayleigh Davis struggles with the ball surrounded by Brown and McKaylee Allen in the second quarter of Monday’s game.

Salt Fork’s Kayleigh Davis struggles with the ball surrounded by Brown and McKaylee Allen in the second quarter of Monday’s game.

DANVILLE — A few key halftime adjustments and 18 second-half points from senior Capria Brown allowed the Schlarman Academy Hilltoppers to rally for a 47-40 triumph over the Salt Fork Storm in a Vermilion Valley Conference girls basketball game.

Brown, who had just 6 points on 3-of-13 shooting in the first half, was 7-of-13 in second half and she had two critical steals to ignite the Hilltoppers second-half comeback.

“First off, we had to change our press around,’’ Brown said. “They were breaking our first press. Our defense was just terrible. We got beat off the dribble a lot. And then on the offensive end, our shots weren’t falling, which is normal, but we couldn’t let it continue.

“We had to make some adjustments.’’

Schlarman Academy coach O.J. Harrison acknowledged that Salt Fork played the best half of basketball that he’s seen them play.

“We are going to get everyone’s best game because of the name across the front of our shirts,’’ he aid. “We need to realize that we can’t come out flat like we did.

“In the second half, we went to our 2-2-1 press to control the tempo and we want to see if they would throw it away and they did.’’

“Other than that one small segment, I thought we played really well,’’ Salt Fork coach Brian Russell said. “We had some turnovers and some quick shots. They also caught a couple of breaks, and that happens on the road.

“They are a big momentum team and once they got going, it’s hard to stop them.’’

Salt Fork had four more turnovers in the fourth quarter that led to four more points for Schlarman Academy and the Hilltoppers took the lead for good on a basket by McKaylee Allen with 5:53 left.

“It was kind of nerve wracking to be trailing, but we weren’t nervous because we knew that we could come back,’’ said Brown, who finished with a game-high 24 points.

So what was different in the second half?

“There was a zone offense that we didn’t run in the first half, because I didn’t want them to make an adjustment to it at halftime,’’ Harrison said. “In the second half, we had Capria running the baseline and coming off some screens. It seemed to open things up and I think it was the difference.’’

Brown, who had missed five straight attempts from 3-point range, finally knocked one down midway through the fourth quarter. It was part of a 14-3 run for the Hilltoppers.

“Brown hit a big 3 after she wasn’t able to hit anything the entire game,’’ said Russell, who thought his girls played a really solid defensive game. “We just couldn’t stem the tide there at the end.

“It was a combination of some things. I think we felt the pressure. We got the shots, but we just didn’t put them in like we did in the first half.’’

Both teams have big conference games this Thursday.

Salt Fork will travel to Oakwood, while Schlarman Academy will host Bismarck-Henning/Rossville-Alvin.

Charyl L. Lawrence, 65, of Danville passed away February 22, 2020, peacefully at her home. She was born July 26, 1954, in Evansville, Ind., the daughter of Holly and Sara (Fromm) Borgwald. She married Frank Lawrence in 1984. He survives. Charyl will be deeply missed by her husband, Frank Law…