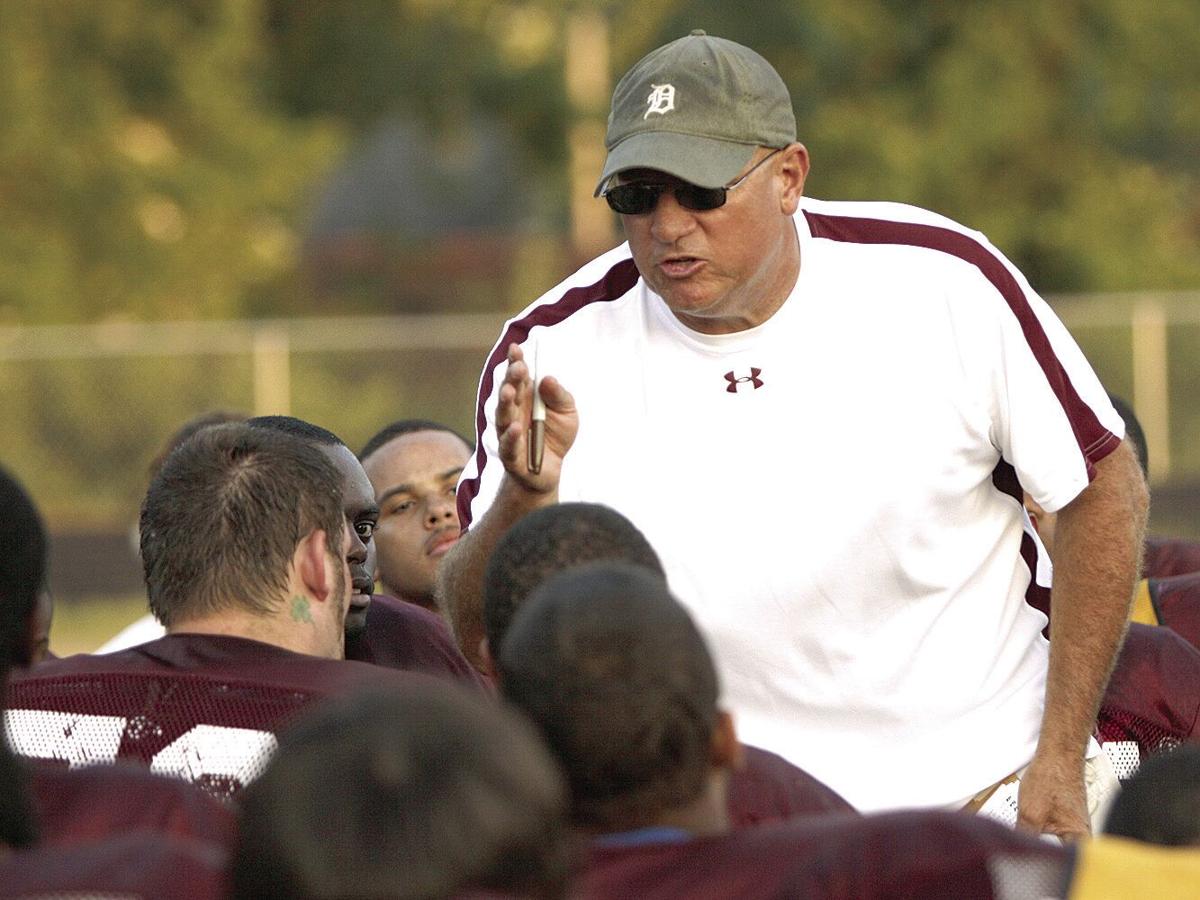 Former Danville coach B.J. Luke, shown here addressing his team following an intra-squad scrimmage on Aug. 18, 2011, has returned to the football sidelines this year at North Gwinnett High School in Suwanee, Ga. Luke is an offensive assistant for the fifth-rated Bulldogs, while his son, R.J. Luke, is a defensive assistant. 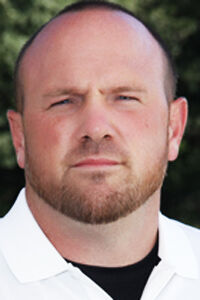 Former Danville coach B.J. Luke, shown here addressing his team following an intra-squad scrimmage on Aug. 18, 2011, has returned to the football sidelines this year at North Gwinnett High School in Suwanee, Ga. Luke is an offensive assistant for the fifth-rated Bulldogs, while his son, R.J. Luke, is a defensive assistant.

SUWANEE, Ga. — The list of coaches that have retired and then returned to their respective sport is too long to mention.

The newest name to add to this collection is former Danville football coach B.J. Luke, who was back on the sidelines this past Thursday for the North Gwinnett Bulldogs.

“It felt good to be back out there,’’ said Luke on Monday after his team’s practice in the Atlanta suburb. “I don’t think you realize how much you miss it until to get back involved.’’

So, how did this happen for Luke?

“North Gwinnett is the school where (his son) R.J. has been a defensive coach and they had a coach take another job before the season started,’’ Luke said. “Coach Bill Stewart approached me about taking the position as they had a young kid taking the PE job that went with it and they wanted him in another role within the program.’’

After getting the permission of both his wife, Holly Luke, and his daughter, Ashley Clanton, as Luke is Clanton’s assistant girls basketball coach at Norcross (Ga.) he decided to give it a go.

“Both of them thought it was a good idea and that I needed something to do,’’ said Luke, who admitted that he was keeping himself in shape with a walking routine. “It’s a good thing that I was walking as much as I was this summer. With the heat and humidity down here, it will wear you down.’’

North Gwinnett, which is rated No. 5 in Georgia’s Class 7A, opened its season with a 35-7 victory over McEachern, rated No. 9, in a rematch of a state quarterfinal game from 2019.

“It was a really big game, but the crowd was limited to 2,000,’’ said Luke about the coronavirus pandemic regulations but the contest could be seen online through the local CBS affiliate. “We are doing a lot of things with social distancing during practice and even during the games. Each player has a designated spot on the sideline during the game where they are supposed to keep their water bottle and where they stand when not in the game.’’

That’s not been the only difference for Luke, who is coaching the tight ends and fullbacks, called f-backs.

“It’s a whole new terminology for me,’’ he said. “A lot of our offense are RPOs (run-pass options) and we run it from seven different formations. Sometimes, we will have double tight ends, sometimes, its one tight end and one f-back and we can also run it with two f-backs.

“There are some similarities to what I ran at Danville. But for the most part, it’s a completely different offensive scheme. It has actually been a lot of fun learning it and now working with it.’’

Last Thursday’s game was the first time that father (B.J.) and son (R.J.) coached on the same sideline since Danville’s semifinal loss to Providence Catholic in the 2009 playoffs.

“I really don’t see much of R.J. during practice because he’s on the defensive side,’’ B.J. said. “But, it was nice that the whole family got the chance to enjoy the victory after the game.’’

“Last week, Eli was named the player of the game for his team,’’ said Luke as he watching Miles at practice.

That is another major difference for Luke.

“Down here all of the junior football programs are under the high school program,’’ he said. “They start them at a very young age and they run the same stuff as the high school team.’’

Are there any similarities between North Gwinnett and Danville?

“Definitely when it comes to the community,’’ Luke said. “I always thought we had some pretty special in Danville because our community cared about our kids and the athletics. It’s the same way down here, so it kind of feels like home.’’

North Gwinnett (1-0) is scheduled to play at Jones County (0-1) this Friday night.