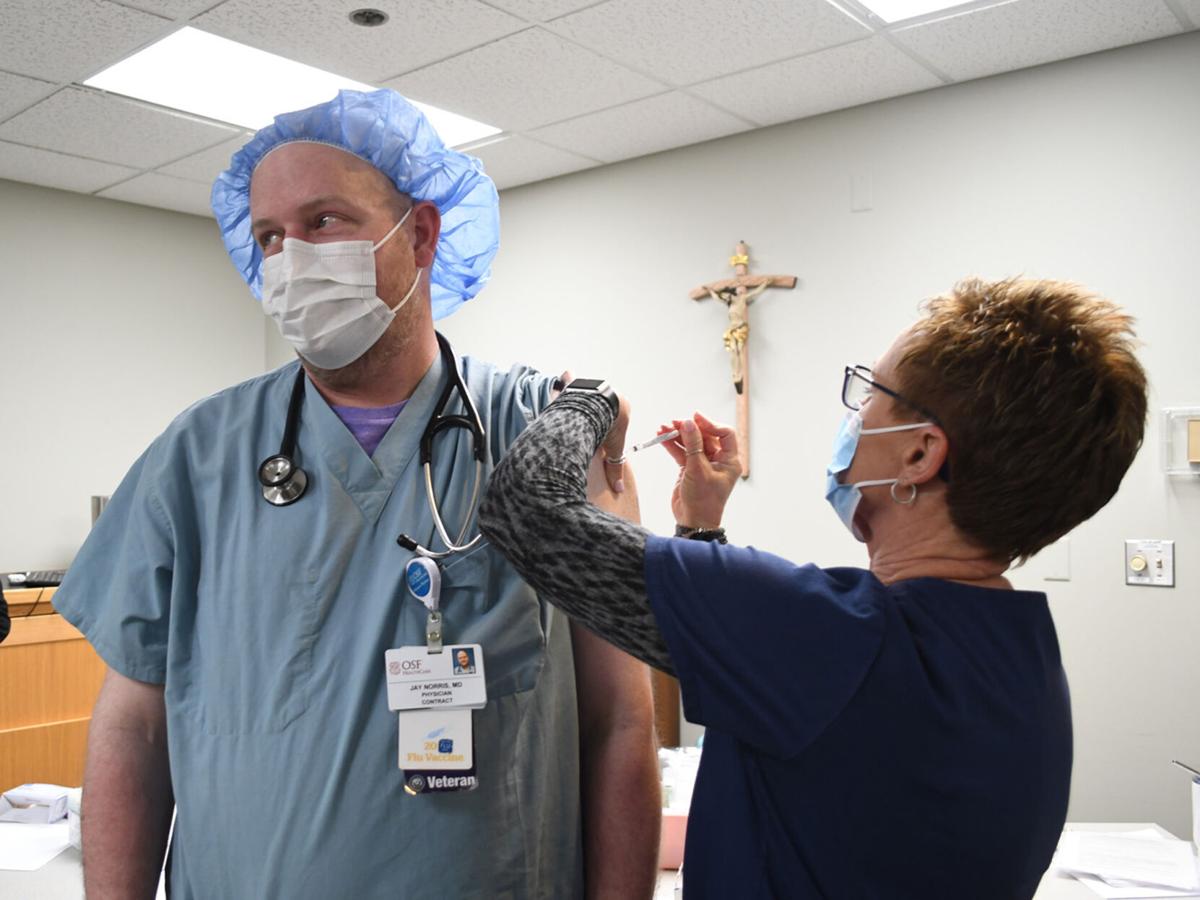 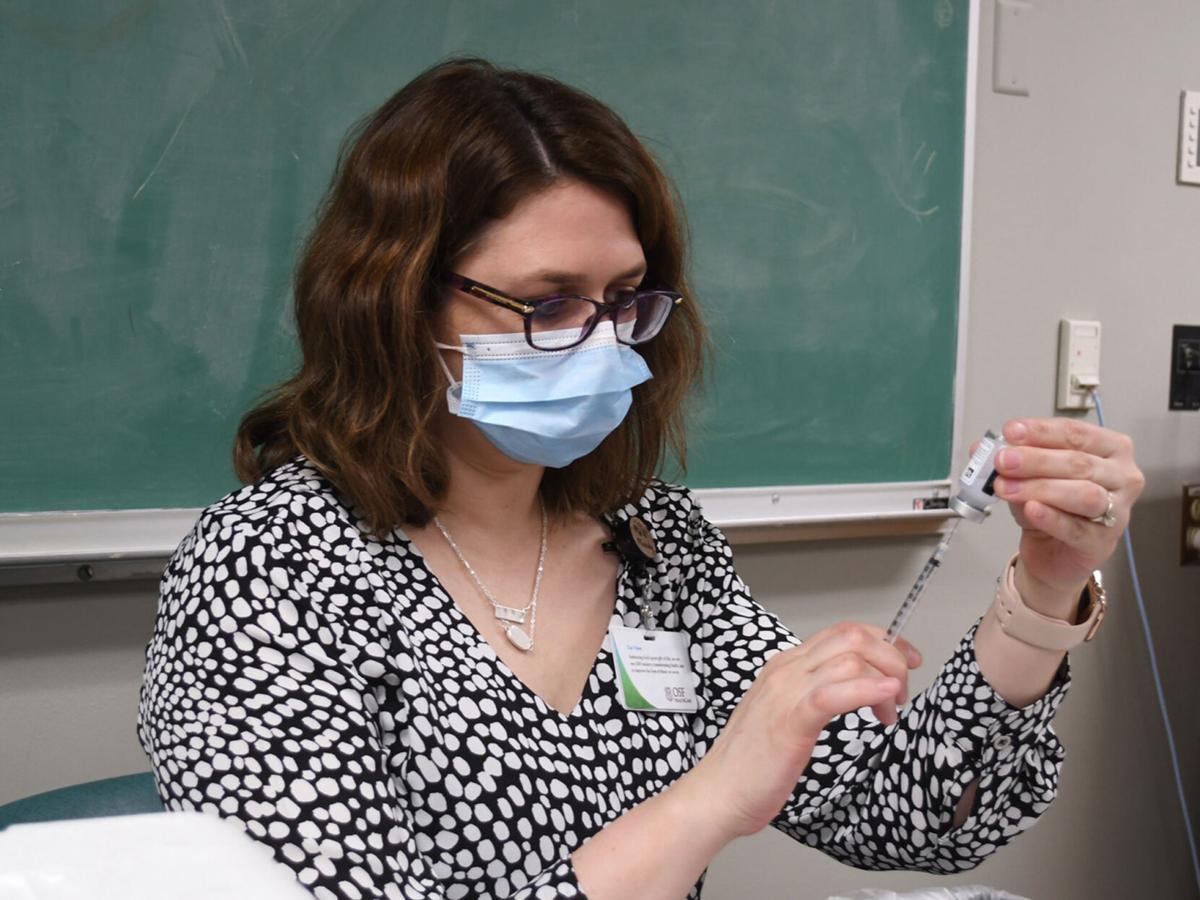 The initial shipment for local hospitals (500 doses for OSF in Danville, 400 doses for Carle Hoopeston) also arrived at those facilities. Vaccinations began at the OSF Sacred Heart Medical Center by 2 p.m. for health-care staff.

Curt Squires, community relations coordinator for OSF Healthcare in Urbana, said vaccinations would continue at the OSF Danville medical center throughout yesterday and for as long as supplies hold up.

Toole said plans are underway to begin vaccination clinics to health-care providers and first responders at the health department next week.

“When we are able to begin vaccinating critical infrastructure workers, those with underlying health concerns, seniors, and the general public will depend on how often we receive shipments of vaccine, how much vaccine is provided in those shipments, and how many health-care workers and first responders want to receive the vaccine in January,” Toole added.

Health officials had been awaiting arrival of the first shipment for several days as confirmed cases of COVID-19 continued to surge throughout the county.

Three more deaths related to COVID-19 in Vermilion County were reported on Tuesday evening, raising the county’s death toll from the virus to 77.

Those new cases bring the county’s total since the pandemic began in March to 5,532, of which 667 are active. There are 41 people hospitalized.

On Monday, health officials reported 88 new cases of COVID-19 in the county.

The state’s Mobile COVID-Testing Team was in Danville at the health department Wednesday and Toole reported early in the day that people were in line to receive tests. He expected the testing site to be busy throughout the day.

The mobile testing site will be in operation again throughout the day on Thursday beginning at 8 a.m.