Eric and Cassie Rhodes. They opened The Slotted Spoon in 2018 and have purchased a new building to expand. A parking requirement goes before the zoning commission this week. 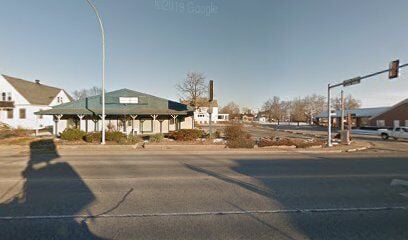 The Slotted Spoon is moving to 401 N. Gilbert St., Danville.

Eric and Cassie Rhodes. They opened The Slotted Spoon in 2018 and have purchased a new building to expand. A parking requirement goes before the zoning commission this week.

The Slotted Spoon is moving to 401 N. Gilbert St., Danville.

DANVILLE — It’s been three years ago this month that Cassie Rhodes opened The Slotted Spoon.

The take and bake meal business has gotten “quite a following,” Rhodes said about her customers who have continued to grow.

Now the business is moving from 212 W. Fairchild St., Ste. A, to 401 N. Gilbert St., near Vibrant Credit Union and Aqua Illinois’s office at Gilbert and Seminary streets. The building was built in the 1960s and was originally Rowes Western Wear, according to Rhodes. It was rented through the years by different businesses, such as Ohana Pools, Spas and Billiards, and also churches.

Due to the building’s parking lot not meeting zoning requirements, the Danville Area Planning and Zoning Commission will consider a major variance petition. The Slotted Spoon is requesting a 50 percent variance in the parking requirements at 401 N. Gilbert St.

Rhodes said based on the square footage of the building, she’s supposed to have 34 parking spaces, according to the city’s zoning ordinance.

There are 17 paved spaces and they’ve taken out some trees and stumps to make about 10 gravel parking spaces, she said.

Rhodes said there also is a parking area behind their building owned by Reflections hair salon, 407 N. Gilbert., with the owner offering to let them park there anytime. It has approximately 14 spaces.

Rhodes and her husband, Eric, purchased the Gilbert Street building to have a larger kitchen and to be able to expand in the future.

Rhodes said they have six to seven family size meal items they change every month, with chicken pot pie always being a staple that never comes off the menu.

“Everything is refrigerated, not frozen,” she said.

Rhodes said they hope to move locations in the next few months.

Rhodes said the new site has room to grow. She said maybe down the road they’ll have a little bit of seating, for a casual, coffee shop like feel.

She also wants to put in a community room off to the side, for about 15-20 people, to be used for baby showers, meetings and other events.

“We’re excited about it,” Rhodes said.

Rhodes previously had a catering business out of her home, and made desserts for a restaurant. She said she has no formal training, but learned her culinary skills from her mom and grandma, and uses family recipes.

These obituaries were received by 5 p.m. Thursday: