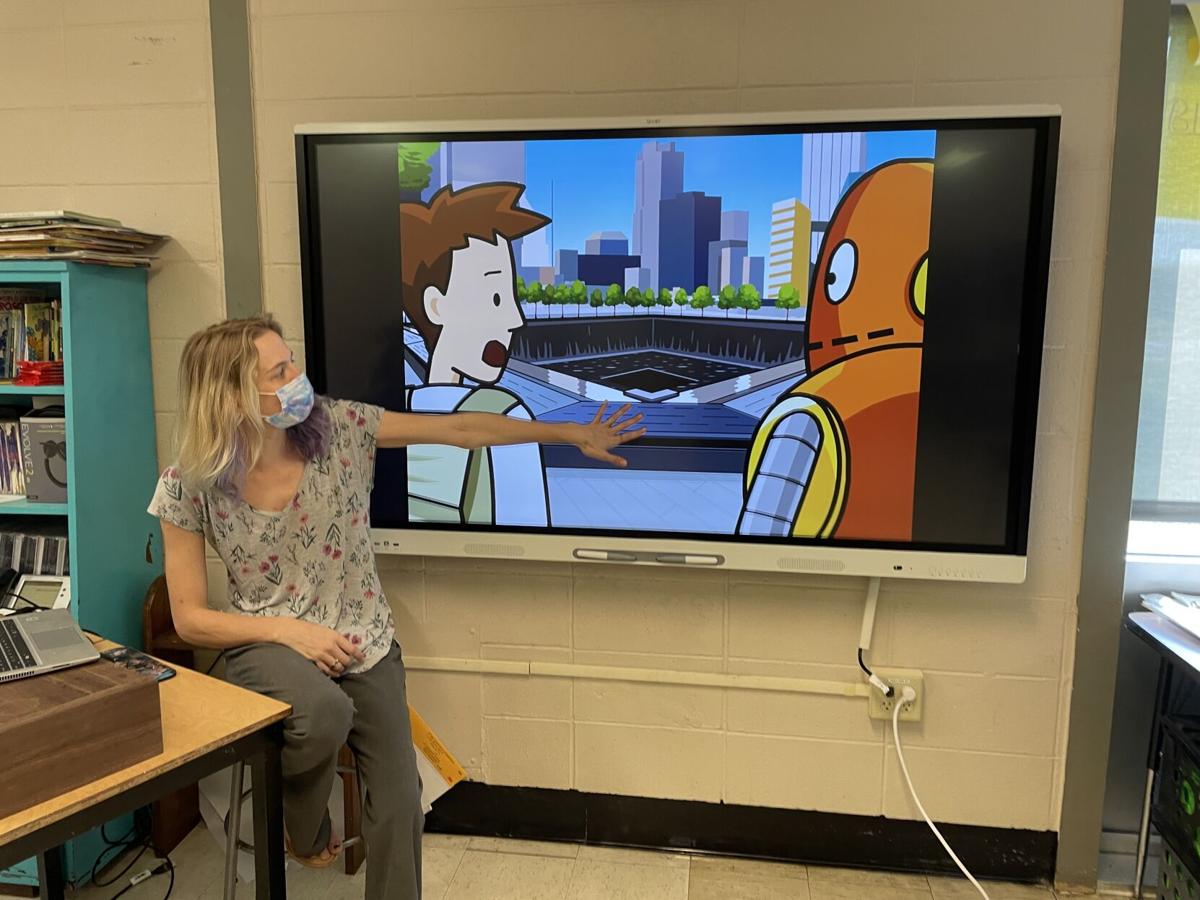 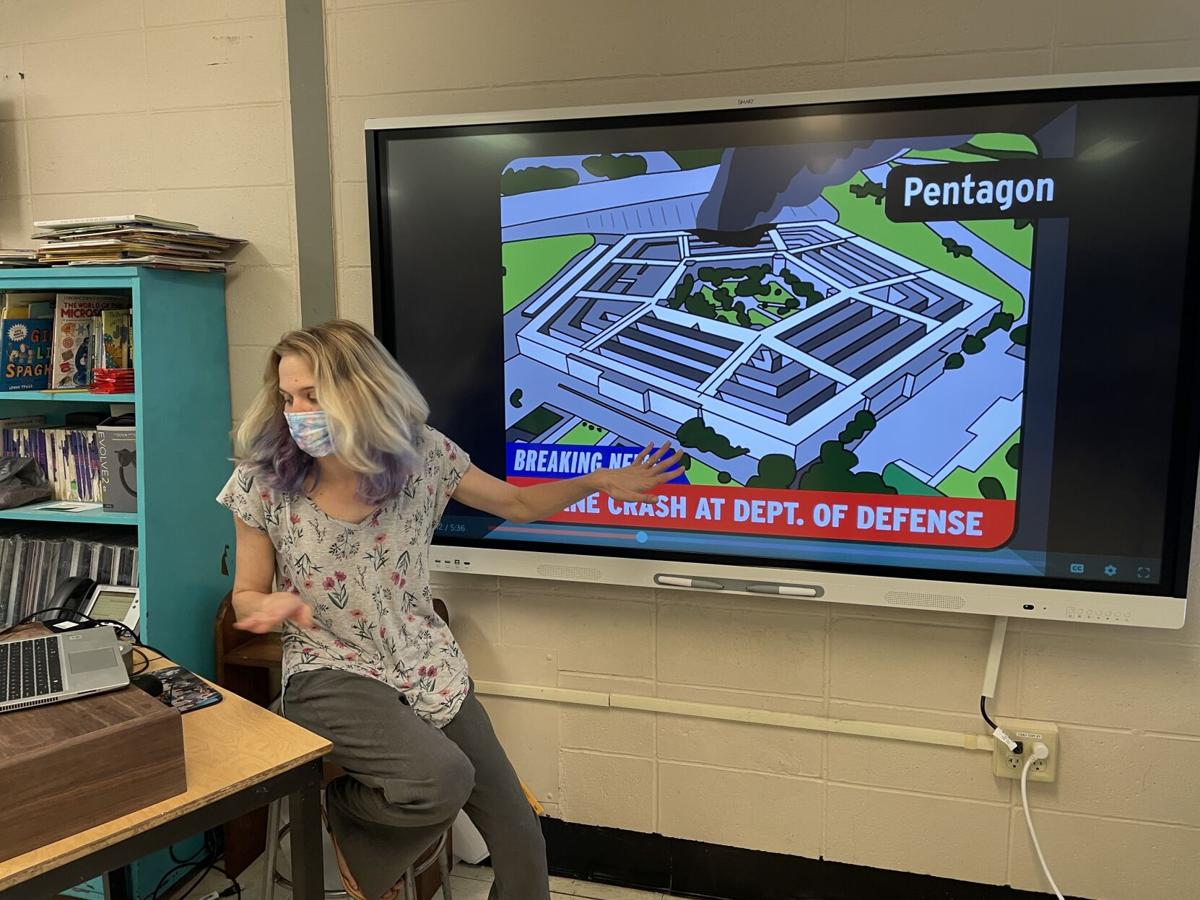 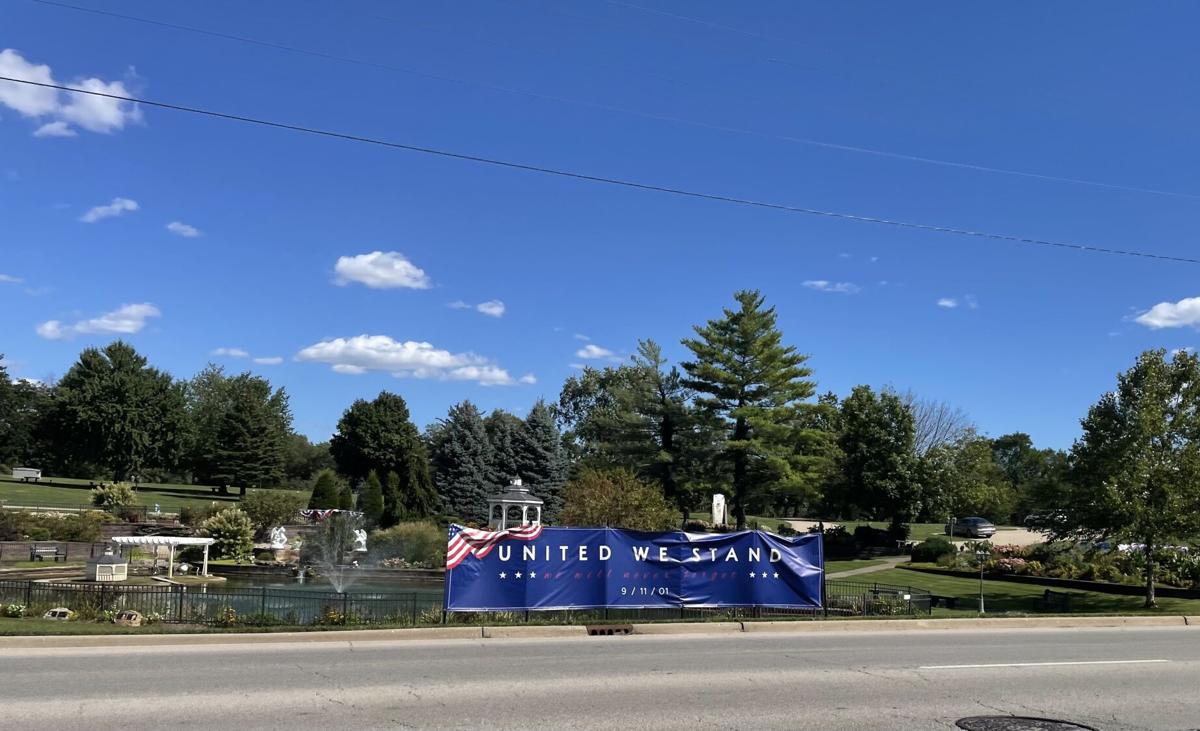 A United We Stand banner at Sunset Memorial Park in Danville commemorates the 20th anniversary of the Sept. 11, 2001 terrorist attacks.

A United We Stand banner at Sunset Memorial Park in Danville commemorates the 20th anniversary of the Sept. 11, 2001 terrorist attacks.

The 32-year-old has memories of being inside a St. Paul’s School classroom.

Yanchunis remembers her teacher wheeling in a television on a cart to watch what was unfolding. Having a television in the room was rare, so they knew something was serious.

“We all stopped,” she said about what they were doing. “It felt as if the entire building and the world stopped.”

The North Tower at the World Trade Center was in flames, then she and her classmates watched as a second plane hit the South Tower, and the tragic events continued.

When she got home from school, Yanchunis remembers her mom saying, “I just wanted this world to be a safe place for my kids.”

“It resonated with me because it was the first time in my life... something more catastrophic had happened. And I didn’t quite grasp it. But there was meaning behind it,” she said of her mom’s comment.

“But I still don’t understand the absolute fear that people did feel. I was still too young to understand that fear,” Yanchunis added.

After having lived through that devastating day, she can pull from her own experiences when teaching about 9-11 in her sixth-grade social studies and history lessons.

“The severity and importance of 9/11 is worth my time for the kids,” Yanchunis said.

Yanchunis said her sister has visited the memorial, and she shows her students a slideshow of photos.

“We talk about the feelings of even people at home watching. They couldn’t do anything; the feeling of helplessness, devastation,” she said.

The whole class is quiet, and knows this is serious.

“There’s definitely more of a presence when I’m discussing it,” Yanchunis said of her students.

“My goal is that they understand 9/11 isn’t just another day. That there is something that happened that was a big enough deal that it needs to be brought forth, and we need to remember it and we need to keep moving forward and making us better,” she added.

“It was the first time in my life that I really looked at the world as I’m not 100 percent safe,” Yanchunis said, recalling her feelings. “There are other things outside of this world that are bigger than me.”

Sixth-grade student Kylie Lamb, 11, said her dad has had her watch 9/11 documentaries to learn about what happened that day.

Lamb and Travis Johnson, 11, said they’ve heard their parents talk about being in school and teachers bringing in televisions to watch what happened that day.

Lamb said it’s sad to think about the people who died, their loved ones being affected, and people being scared.

“We are resilient and we keep coming back,” Yanchunis said.