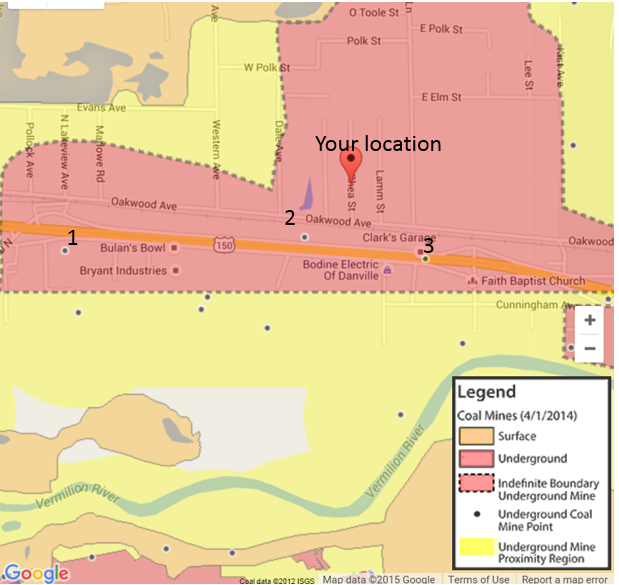 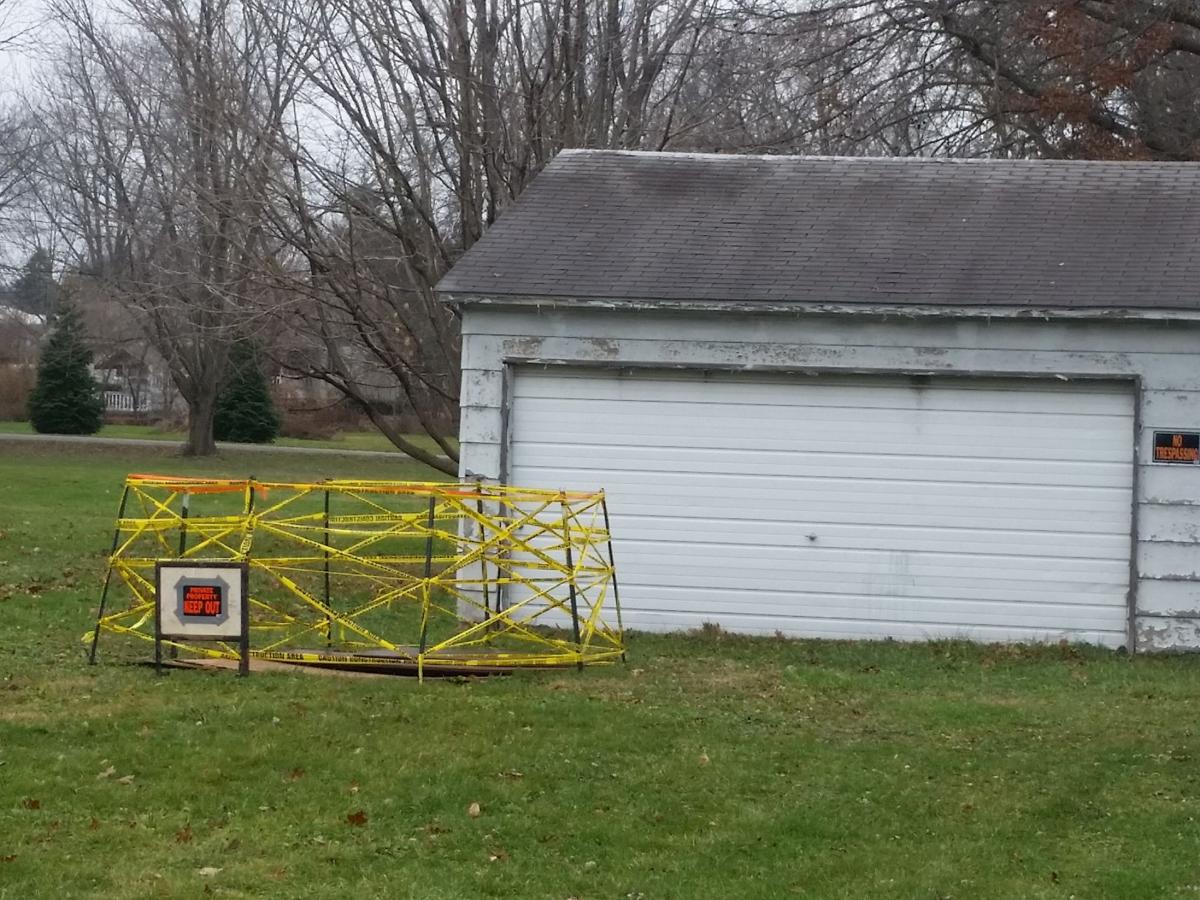 An eight by ten foot sink appeared just a few feet short of the Cramer's garage.

An eight by ten foot sink appeared just a few feet short of the Cramer's garage.

DANVILLE — For all of the 72 years members of the Cramer family have lived in their west Danville home, they’ve never had a sinkhole give way on their property.

“We think this is the first” Kendall Cramer said after officials confirmed a sinkhole opened up on their property on Oakwood Ave. this week.

While his mother still lives in her house on Oakwood Ave., he and his mom rent out the adjacent properties, occupied by mobile homes. Their property extends to Rhea Street, where the sinkhole appeared just a few feet in front of their garage, and a few yards north of one of the few dozen homes in the block.

According to Illinois Department of Natural Resources officials, who inspected the site Wednesday, the hole measured 8 feet by 10 feet and was 4 feet deep. IDNR Communications Director Chris Young said the staff reports “the sinkhole is not a mine shaft but is pit subsidence resulting from an underlying mine.”

“The Economy Mine, operated about 60 feet below the surface from approximately 1896 to 1907,” Young said.

According to the Illinois Department of Natural Resources webpage on Abandoned Mine Lands, more than 800,000 acres across Illinois have been undermined for coal. Pit subsidences occur when ground earth above a collapsed mineshaft sinks vertically, normally after periods of heavy rainfall or snow melts. “Water seldom accumulates in the pit,” reads one Illinois State Geological Survey on mine subsidence. “Instead, it drains down into the mine.”

Although no property damage or injuries resulted from the sinkhole’s formation, Cramer still is concerned about filling it in. “My mom doesn’t have the money to start filling in the mineshaft,” Cramer said.

He was told by officials on site that he was put on an "emergency" list. However, Young said Thursday, ”Plans are in development to repair the site.”

Cramer has since covered the holes with plywood, and has fenced it off with yellow caution tape.

In Vermilion County, insurers are required by law to offer coverage on mine subsidence, according to State Farm agent Toni Stone.

“Everyone is offered it. Everyone can sign off on it,” Stone said. “You have to sign a rejection form if you don’t want it.”

According to the State Geological Survey, homes are most vulnerable to damage from sinkholes developed in certain areas: “Structures can be damaged if pit subsidence develops under the corner of a building, the support posts of a foundation, or another critical spot. Otherwise, the probability of a structure being damaged by pit subsidence is low because most pits are relatively small — only a few feet across.”