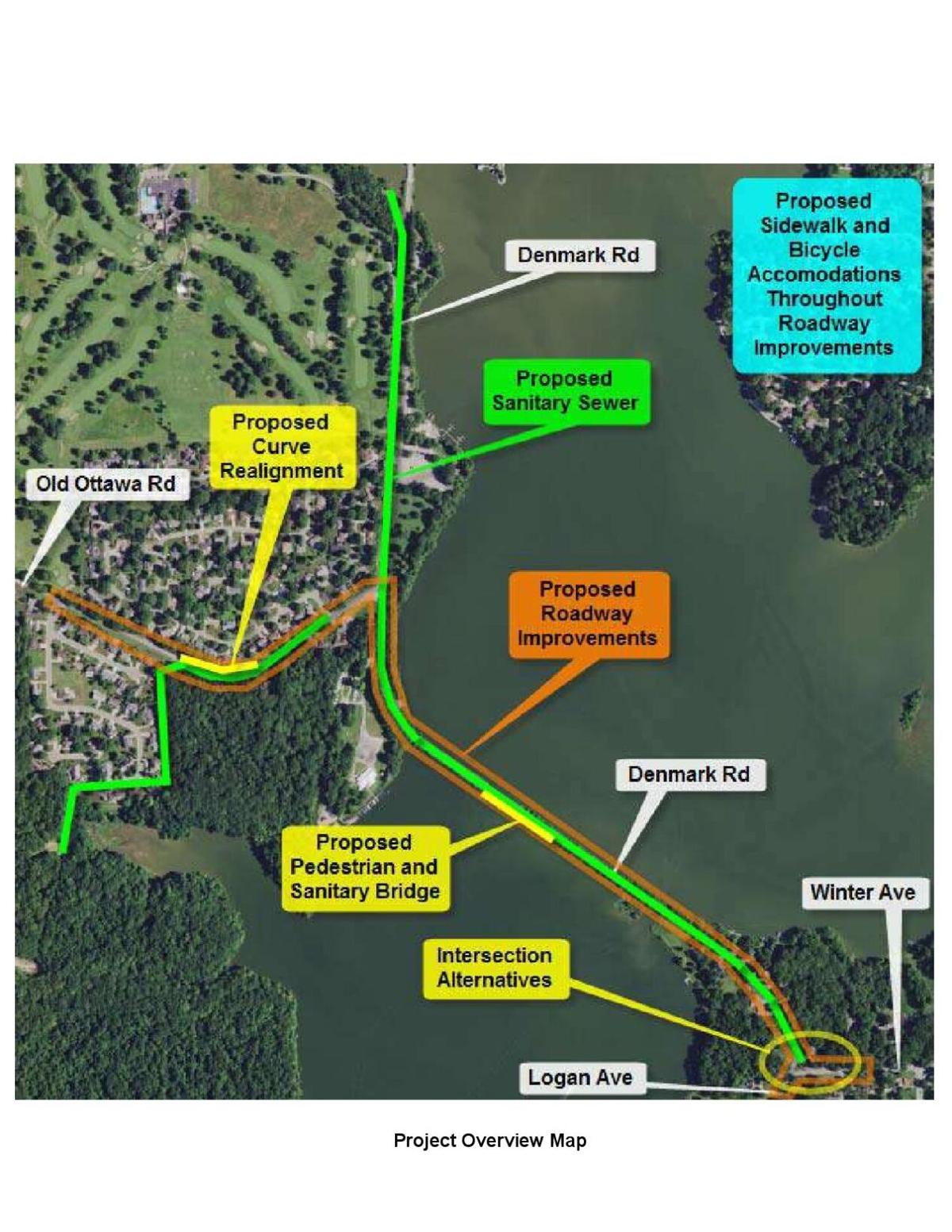 A map showing an overview of the Denmark Road project. 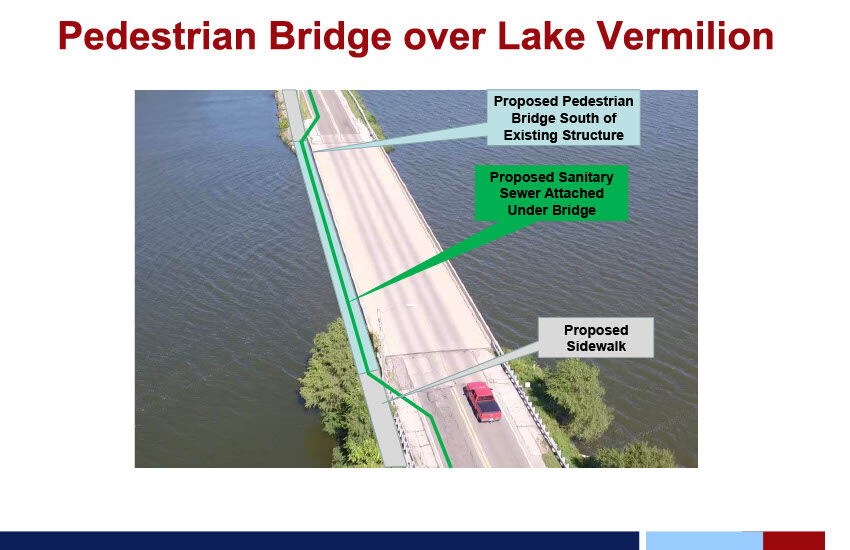 An image showing the pedestrian bridge to be placed over Lake Vermilion. 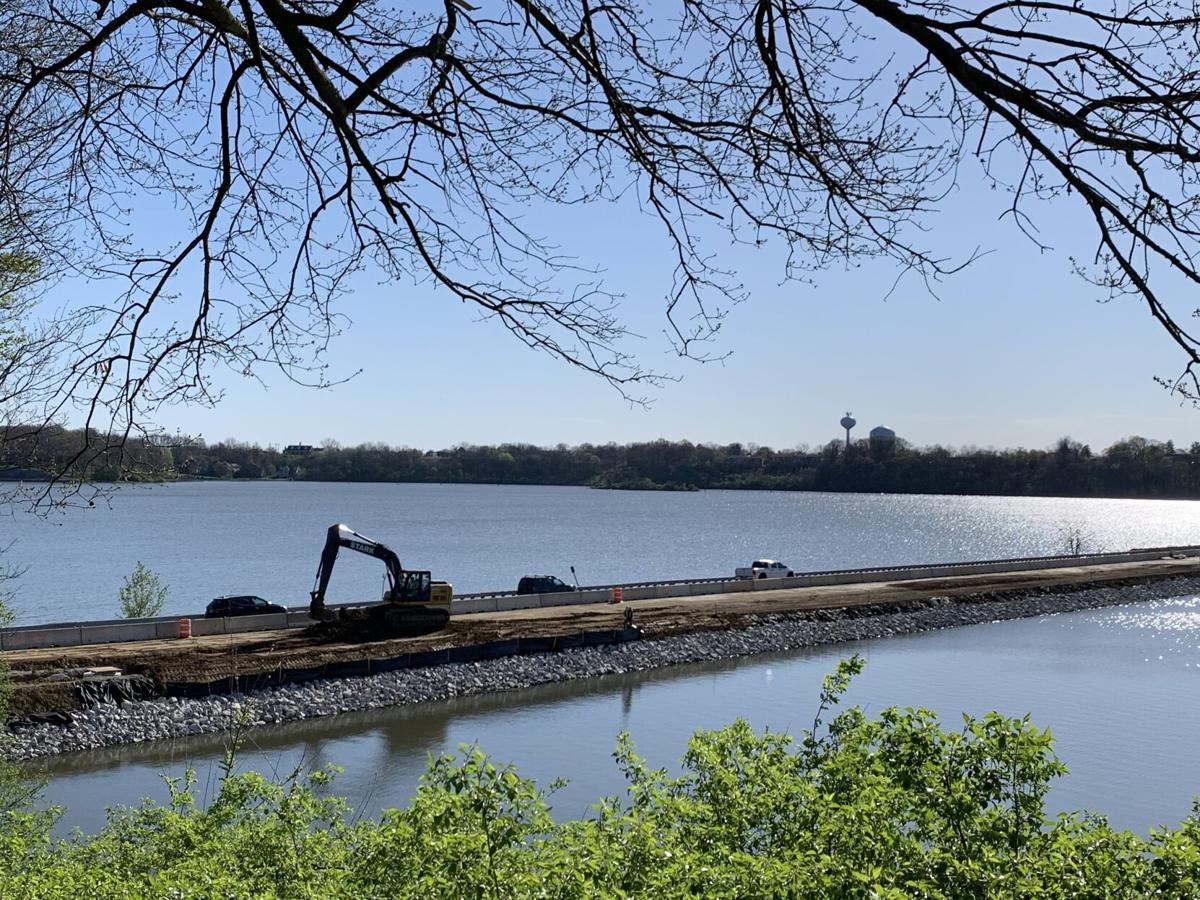 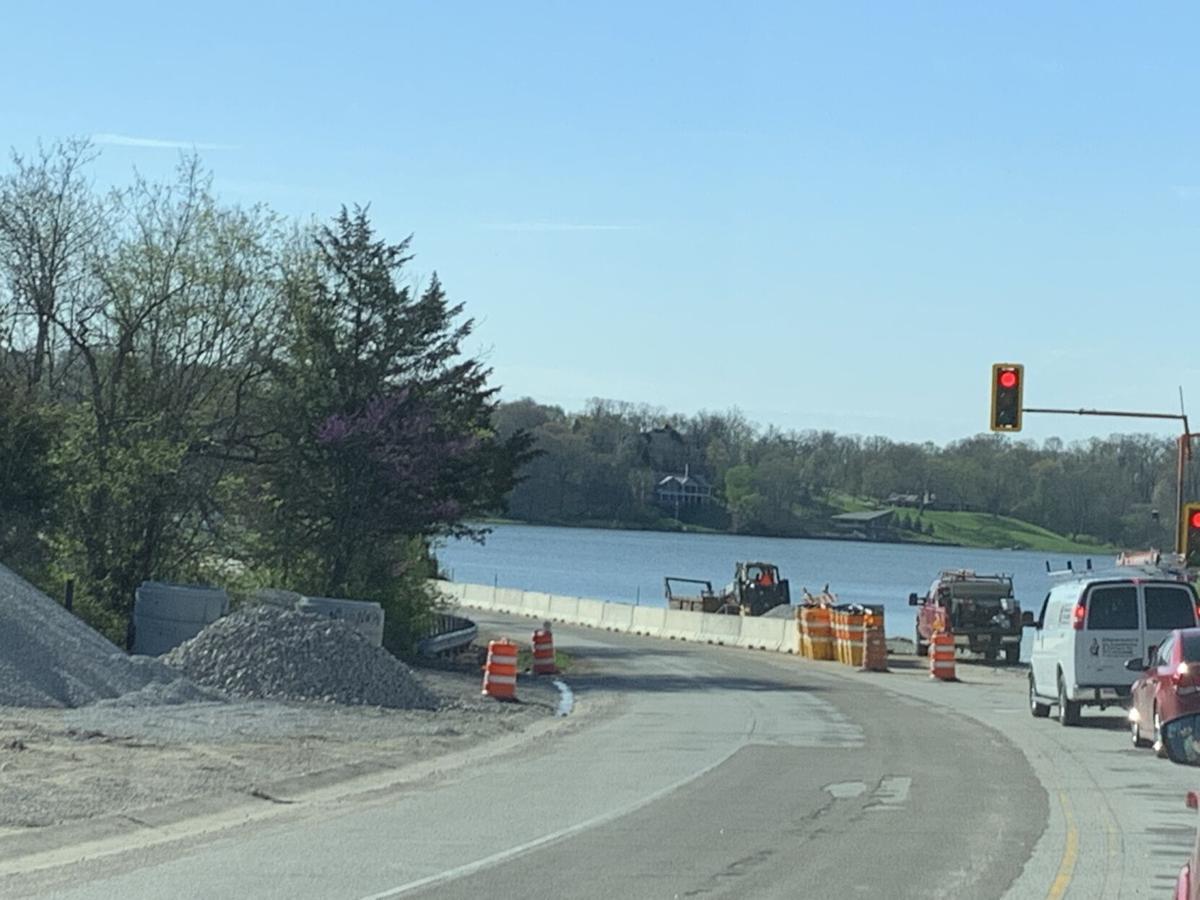 One of the traffic signals for one reduced lane on Denmark Road for the sewer work.

A map showing an overview of the Denmark Road project.

An image showing the pedestrian bridge to be placed over Lake Vermilion.

One of the traffic signals for one reduced lane on Denmark Road for the sewer work.

“They got a fair amount of work done through the winter. The weather hasn’t delayed us too bad,” Cole said about the sewer project, but added utility conflicts did slow it down a little.

“We are a little bit behind in schedule on the sewer project,” he added.

However, it’s not appearing it will affect the roadway project timing.

Cole said a significant portion of the sanitary sewer has been constructed, with lots more to build along Denmark Road. Pump station construction also continues.

“We’ve completed work to the pump station. It’s online and in service in Chateau Estates. There’s still restoration work to do there,” Cole said.

The pedestrian bridge on the south side is expected to be placed in late May, with sewer to be attached to it and sewer work continuing again after that.

“It will add pedestrian access to that area,” Cole said of the pedestrian bridge and also bike lanes on both sides.

This week, in addition to the sewer project continuing, Old Ottawa Road is now closed, from Country Club Drive to Denvale Drive.

This closure is anticipated to last through August.

Cole said Old Ottawa Road is being shifted to the north slightly to remove the existing curve. The existing roadway will be removed, and there will be a lot of earthwork, and utility poles relocated.

The bulk of the work should be completed this year.

Completion of both projects, including seeding and other final restoration of the sites, could be completed by about May of next year, Cole estimates.

The project is located along Denmark Road from Rose Hill Cove to West Winter Avenue, along Old Ottawa Road from Denvale Drive to Denmark Road, and along Rue Bienville Street in the Chateau Estates Subdivision.

The sanitary sewer should be up and running by the end of September, Cole said, adding the one-lane traffic signals on Denmark Road still likely will remain through the end of the year.

These city projects total about $11 million.

Stark Excavating of Bloomington, with a Champaign office, is the contractor for the sewer project. That project is about $6.3 million.

Cross Construction of Urbana is the contractor for the $4.6 million roadway project.

The roadway portion was an Illinois Department of Transportation bid project due to the city using federal funds toward it.

It was over the original $4 million estimate. Cole said this was due to inflation and the estimate being from years ago.

The Denmark Road, Winter and Logan avenues intersection will see stop sign additions for the pedestrian and bike path improvements.

It was decided not to have a roundabout there, but the city has to make some changes there due to federal highway mandates, Cole said.

There will be a sidewalk on the south side of Winter Avenue from Gilbert that crosses into the triangle at Winter, Denmark and Logan.

“It will be a major pedestrian enhancement of that area,” Cole said.