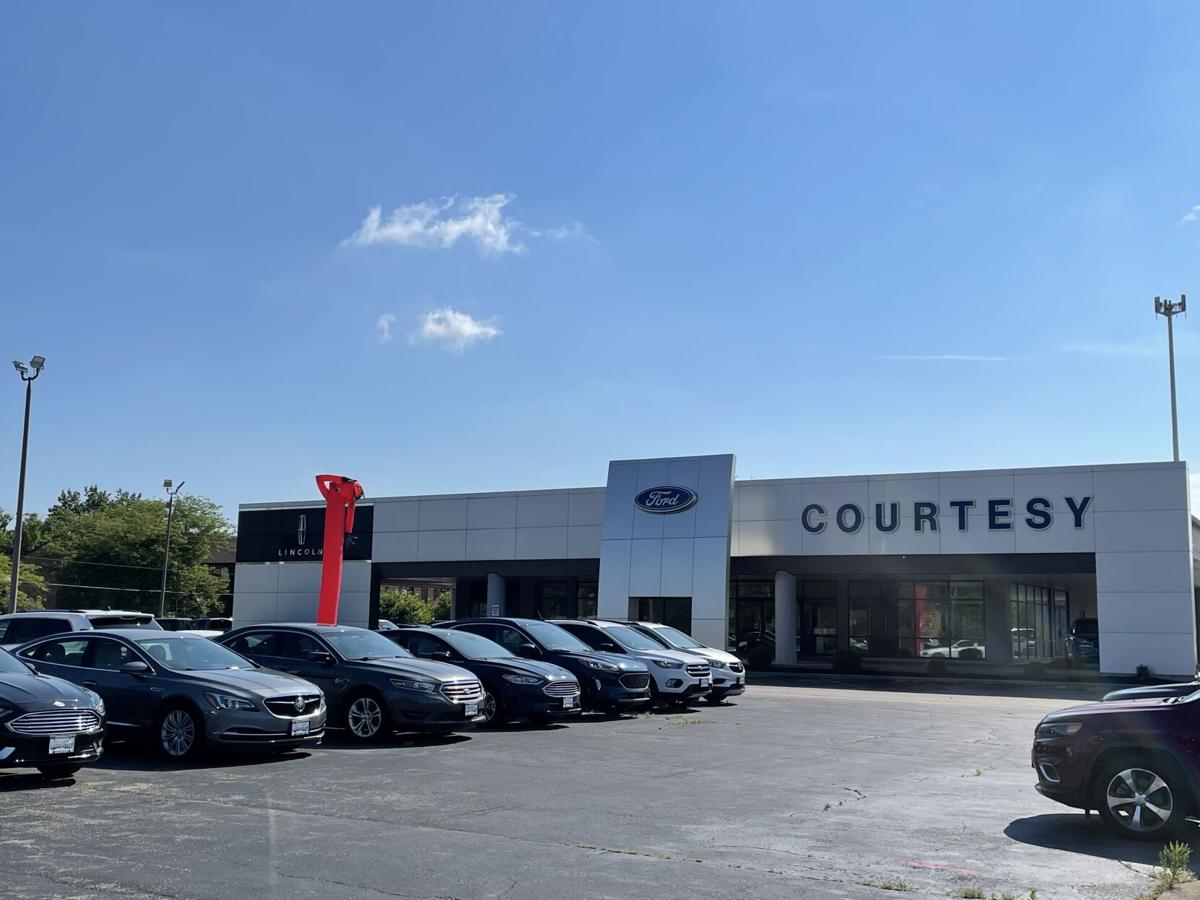 Courtesy Ford in Danville is among local car dealerships whose inventory is affected with the microchip shortage, but owner Ray Fregia says business remains good. 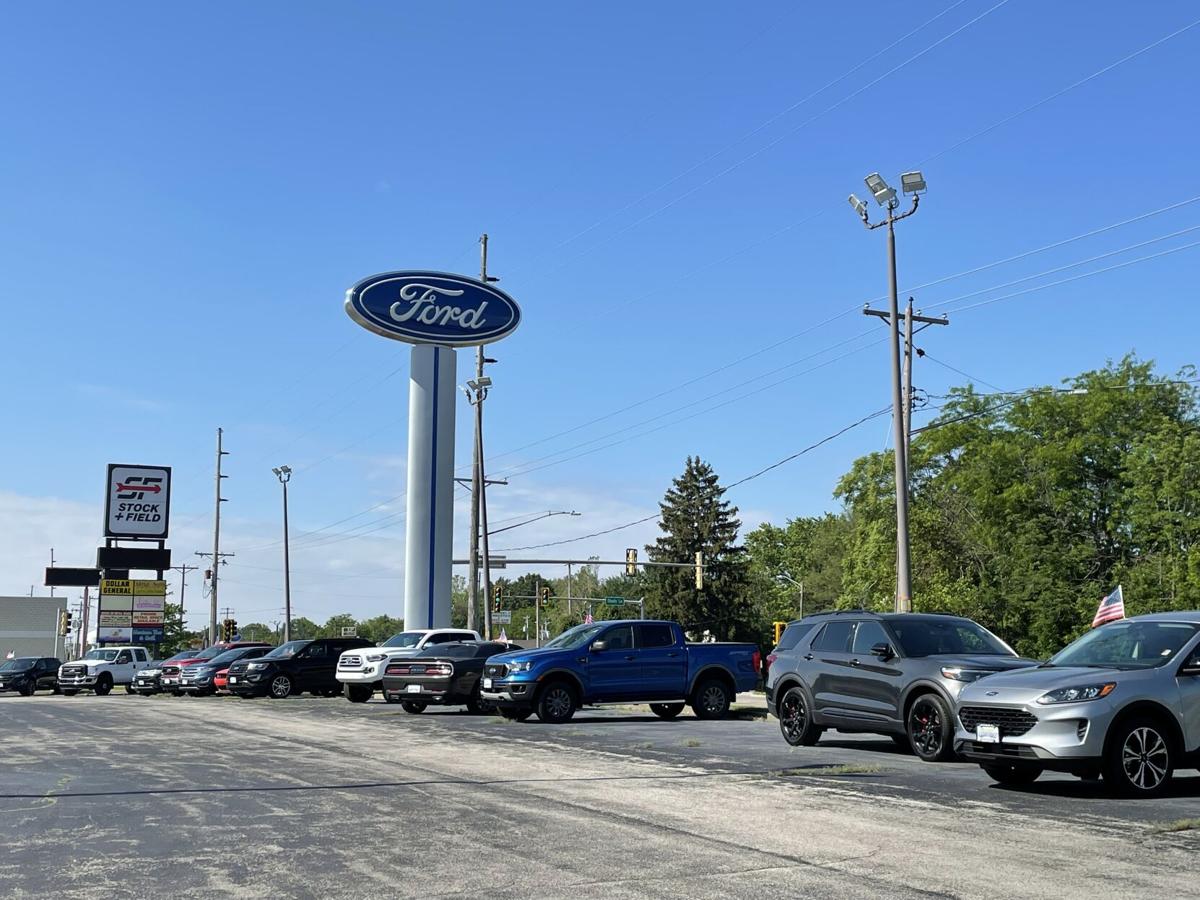 Local car inventories are being affected by the microchip shortage.

Courtesy Ford in Danville is among local car dealerships whose inventory is affected with the microchip shortage, but owner Ray Fregia says business remains good.

Local car inventories are being affected by the microchip shortage.

DANVILLE — There may be fewer cars on the Courtesy car dealership lots in Danville with the worldwide microchip shortage, but car sales aren’t hurting.

He said they are seeing fewer vehicles right now due to the microchip shortage with manufacturing of Ford and FAC (Fiat Chrysler Automobiles). But Fregia expects the larger inventory back by the end of the summer.

“It’s crazy. We have fewer vehicles but we’re selling the same amount of cars,” Fregia said.

He said customers are more aggressive in car buying and what they want.

He too said they sell about 50 percent new vehicles and 50 percent used vehicles.

“It’s based on the customer,” he said about what they are looking for. “There’s opportunities for both.”

“Business has not slowed down at all,” Fregia said.

Elsewhere, local manufacturers have seen effects on their employee shifts with the microchip shortage due to orders being affected.

One is Flex-N-Gate Plastics, which produces products for the automotive industry.

Officials wouldn’t comment on recent layoffs, but stated “automotive suppliers everywhere are coping with a global shortage of microchips and micro electronic parts. The situation is fluid. As such, we are reacting to the customer build schedules, which fluctuate accordingly.”

According to an Associated Press story, the U.S. economy has been affected by short supply of computer chips that power a wide range of products.

The shortage had already been rippling through various markets since last year, such as making it difficult for some schools to buy enough laptops for students.

The auto industry and others have been affected more this year. Factories have shut down because there aren’t enough chips to finish building vehicles.

These snags are likely to frustrate consumers who can’t find the vehicle they want and sometimes find themselves settling for lower-end models without as many fancy electronic features. And it threatens to leave a big dent in the auto industry, which by some estimates stands to lose $60 billion in sales during the first half of this year.

The pandemic prompted chip factories to start shutting down early last year, particularly overseas, where the majority of the processors are made. By the time they started to reopen, they had a backlog of orders to fill.

That wouldn’t have been as daunting if chipmakers weren’t then swamped by unforeseen demand. For instance, no one entered 2020 expecting to see a spike in personal computer sales after nearly a decade of steady decline. But that’s what happened after government lockdowns forced millions of office workers to do their jobs from homes while students mostly attended their classes remotely.

Both Sony and Microsoft were preparing to release highly anticipated next-generation video game consoles for their PlayStation and Xbox brands, respectively, that required more sophisticated chips than ever. To add to the demand, wireless network providers are clamoring for chips to power ultrafast “5G” services being built around the world.

Stay-at-home orders drove a surge in consumer electronics sales, squeezing auto parts suppliers who use chips for computers that control gas pedals, transmissions and touch screens. Chip makers compounded the pressure by rejiggering factory lines to better serve the consumer-electronics market, which generates far more revenue for them than autos.

Automakers canceled shifts and temporarily closed factories. Ford, General Motors, Fiat Chrysler (now Stellantis), Volkswagen and Honda seem to have been hit the hardest. Others, most notably Toyota, aren’t being affected as dramatically. That is probably because Toyota was better prepared after learning how sudden, unexpected shocks can disrupt supply chains from the massive earthquake and tsunami that hit Japan in 2011, said Bank of America Securities analyst Vivek Arya.

The harder hit automakers have diverted chips from slower-selling models to those in high demand, such as pickup trucks and large SUVs. Ford, GM and Stellantis have started building vehicles without some computers, putting them in storage with plans to retrofit them later.

GM expects the chip shortage to cost it up to $2 billion in pretax profits this year from lost production and sales. Ford is bracing for a similar blow. Chip makers probably won’t fully catch up with auto-industry demand until July at the earliest.

Car buyers can expect to pay more. Supplies of many models were tight even before the chip shortage because automakers were having trouble making up for production lost to the pandemic.

IHS Markit estimates that from January through March, the chip shortage reduced North American auto production by about 100,000 vehicles. In January of last year, before the pandemic, the U.S. auto industry had enough vehicles to supply 77 days of demand. By February of 2021 it was down almost 30% to 55 days.