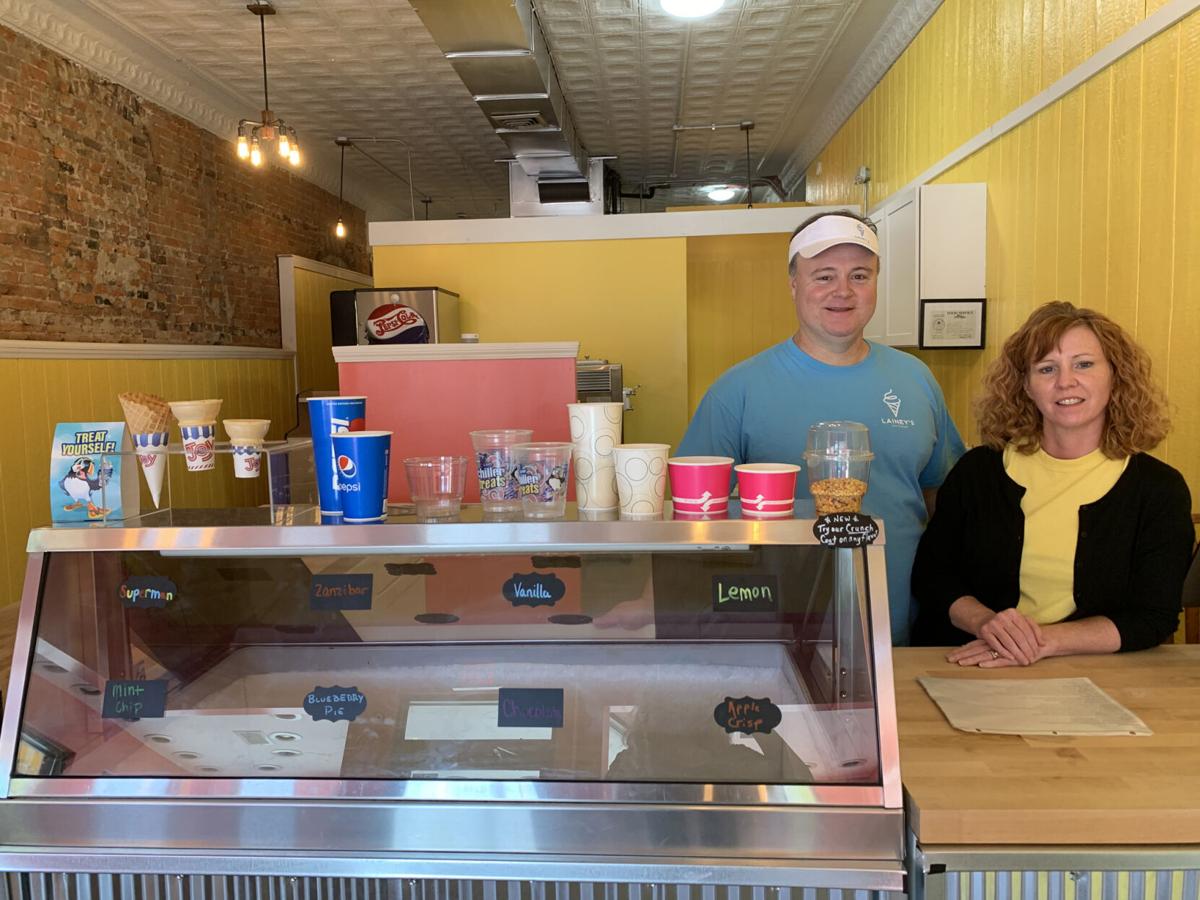 Owners Dale and Mary Jo Gentrup stand inside Lainey’s Ice Cream in downtown Danville at the corner of Vermilion and North streets. 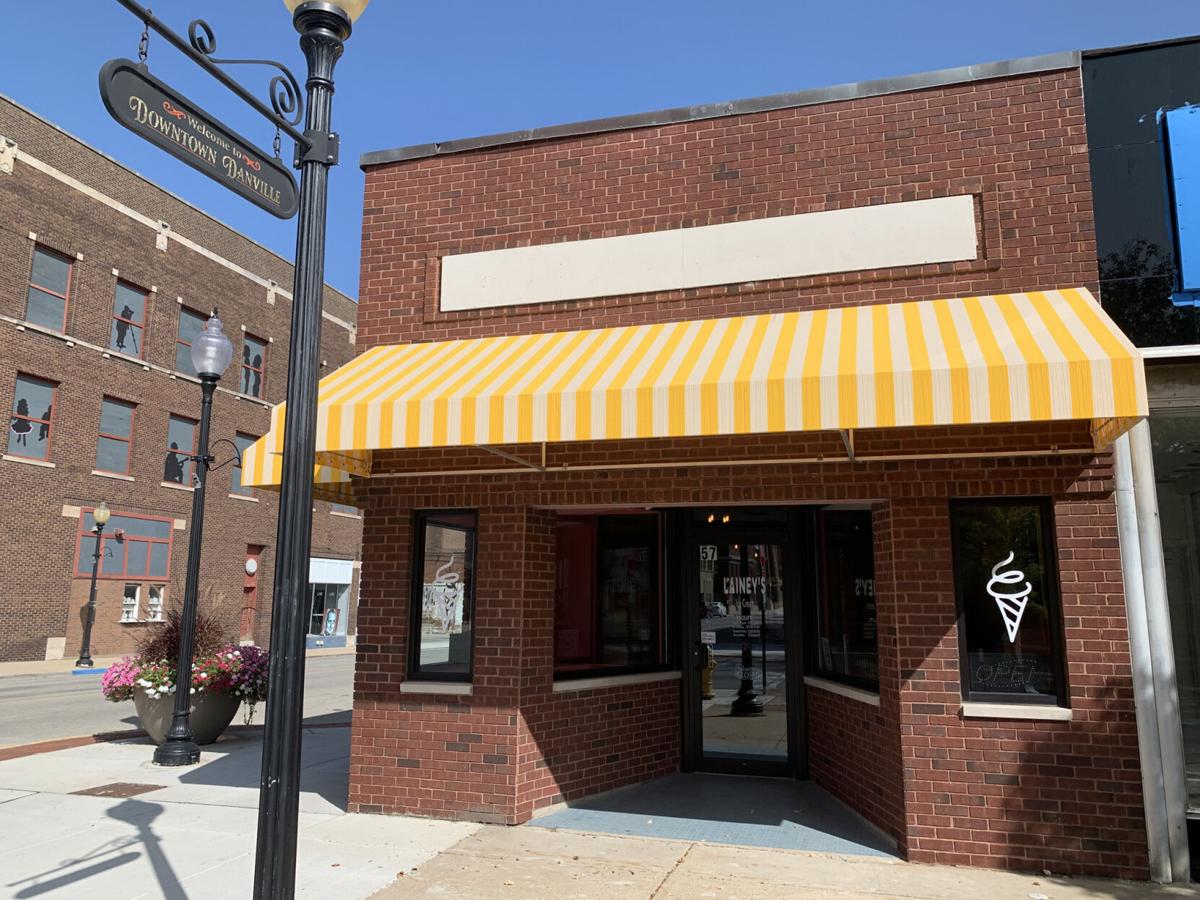 Owners Dale and Mary Jo Gentrup stand inside Lainey’s Ice Cream in downtown Danville at the corner of Vermilion and North streets.

DANVILLE — Keeping a business afloat during the coronavirus pandemic is a hard enough challenge for many business owners.

Dale and Mary Jo Gentrup opened a new ice cream shop in downtown Danville during the pandemic, having to forego indoor seating and other conveniences often taken for granted.

Mary Jo said they are looking forward to when they can get to normal operations.

The ice cream shop is named after the Gentrup’s 20-year-old daughter. The Gentrups also have two sons.

Dale, who owns multiple buildings in downtown Danville along with his father, Ken, who co-owns Glory Daze Antiques and Uniques, said the building is more than 100 years old.

He said when he purchased the building with the intention of it being rented out, he thought the front looked like it’d be the perfect spot for an ice cream shop downtown. The rest of the building is being used for Crafty Girls’ Boutique.

Renovations included Lainey and her parents painting walls bright colors and adding a colorful menu to also brighten up the space.

Older building features are exposed to customers, including a brick wall and metal ceiling.

The entire space was renovated or painted, Dale said.

When entering, customers can see a wide variety of items for sale including about 15 flavors of ice cream. They serve hand-dipped and soft-serve ice cream.

Soft serve flavors are vanilla and Dole Whip, Mary Jo said, which is like the pineapple treat from the Disney theme parks.

She said they plan to have other seasonal and holiday treats, such at at Christmas and Valentine’s Day.

They also have sundaes, shakes, chillers (with mixed candies and other goodies) and soft drinks. A new item is root beer floats.

The Gentrups said they plan to be open all year, but that will be based on their customers.

“As long as we have business,” Mary Jo said.

The Gentrups already have had a lot of positive feedback from customers, including those who work downtown and are glad to see a new business open in the district, especially selling ice cream.

In addition to Lainey working on some weekends, and Dale and Mary Jo, they also have a few other employees who are college and high school students. Lainey is a junior at Indiana State University in Terre Haute, Ind.