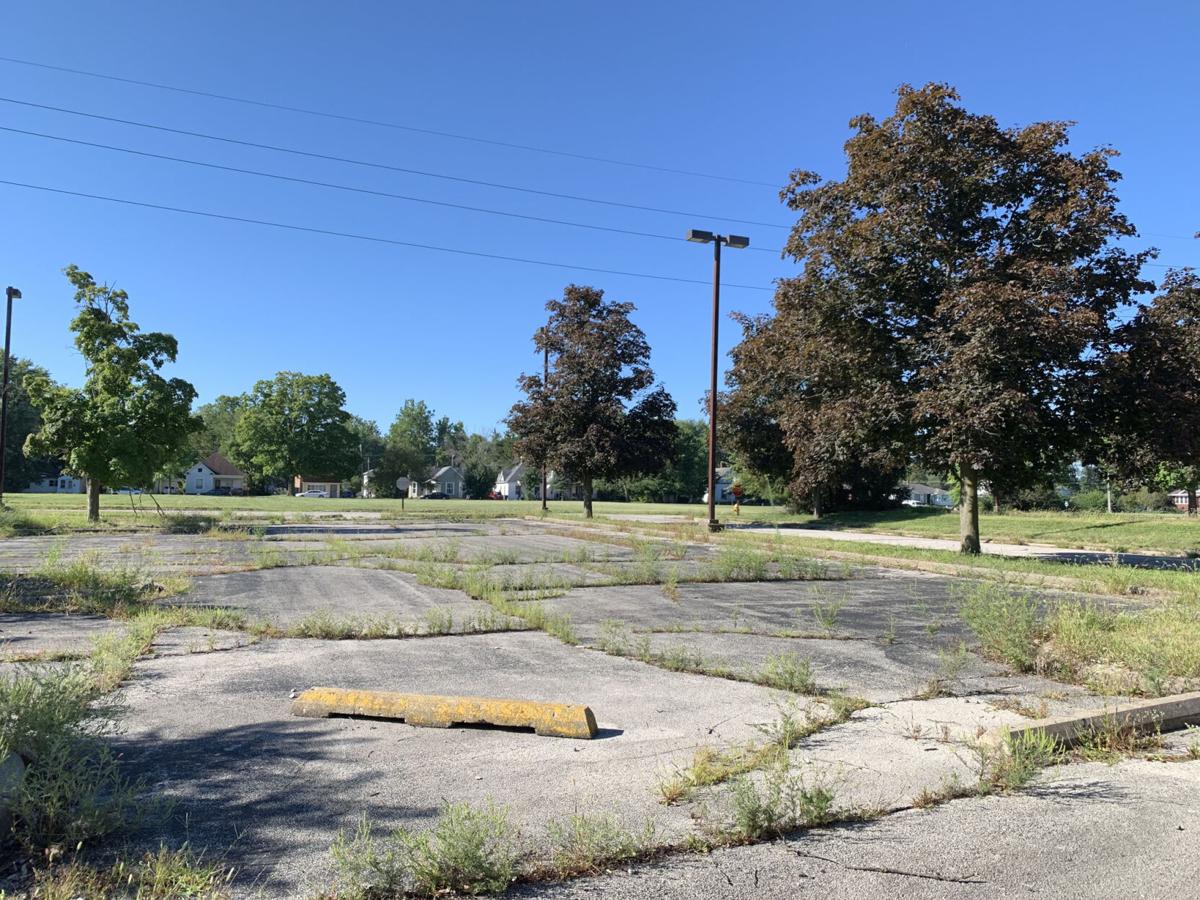 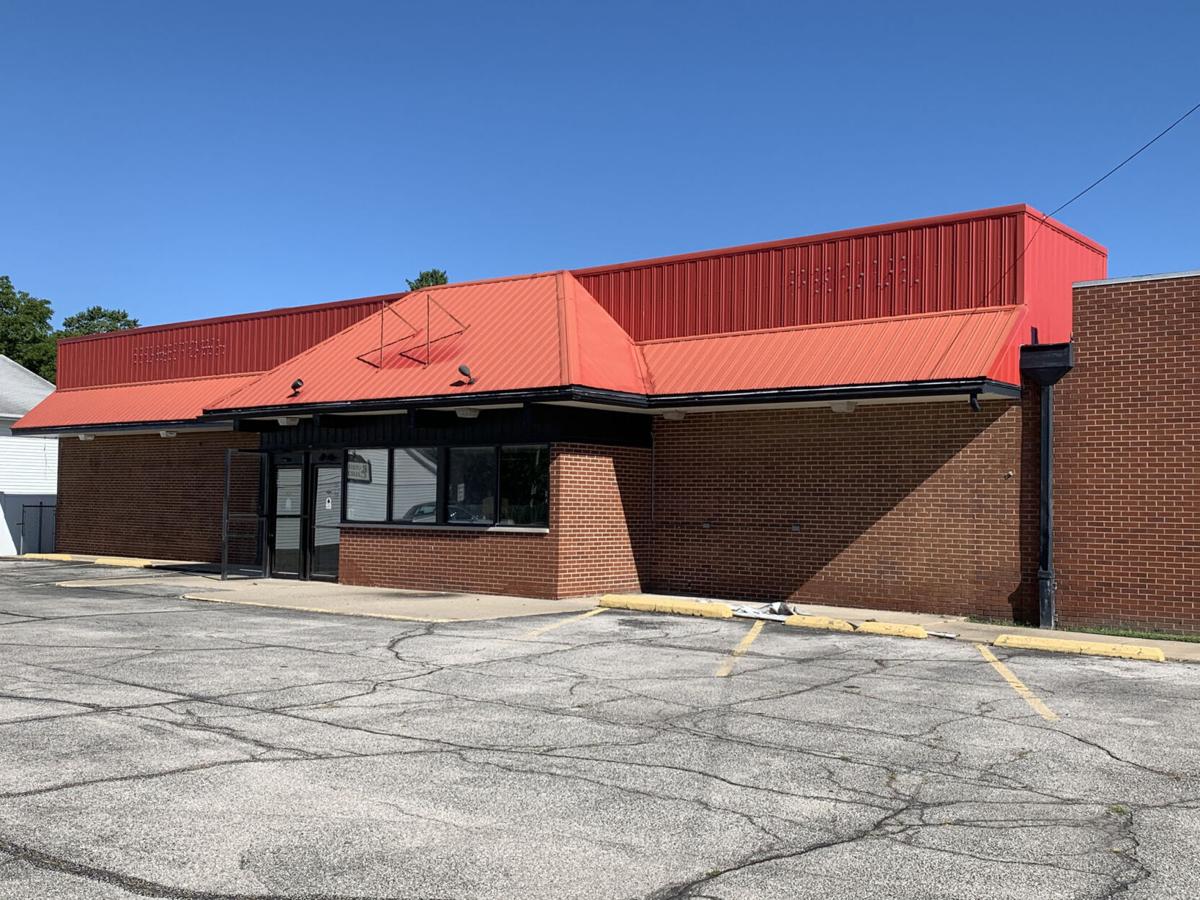 U of I students could initially look at the former IGA supermarket site in Catlin.

U of I students could initially look at the former IGA supermarket site in Catlin.

The city of Danville sought development ideas from University of Illinois students for the riverfront, and now the Central Illinois Land Bank Authority plans to do the same with the former IGA supermarket in Catlin and seven-acre former hospital site in Danville.

Before he’d send them that site for a class to look at, however, he said he wants to get more thoughts from the neighborhood and Danville officials about what they’d like to see on the property.

“We’d be skipping a step. I want to hold off on a full blown development analysis,” he said.

He said he wants to hear from neighbors and aldermen and others about what they think would be appropriate on the site.

Also, U of I students could initially look at the former IGA supermarket site in Catlin.

It’s been vacant a few years and land bank officials would like ideas on what they can do to reuse the buidling.

A University of Illinois graduate assistant working with the land bank this summer as an intern, Emma Walters, put out a memo about the project.

Davis said it appears a professor with a real estate fundamentals class will look at the Catlin site.

When looking at some distressed residential stock in Catlin and inquiring about other properties, Davis said Catlin Village Clerk Shelley McLain said “we have to figure out what to do with this grocery store.”

Davis said he then chatted about the property with Catlin Bank President Jeff Fauver and was bouncing around ideas, including having a U of I class look at it for development ideas.

“Will something happen in the next six month on that? No; but maybe by end of the semester some ideas will start to gel,” Davis said.

As for the former Sager campus in Danville, the land bank has mowed and maintained the property for a couple years now.

The land bank accepted ownership of the former Sager campus at 600 Sager St. in Danville in the spring of 2019. It was donated by OSF HealthCare.

Land bank officials at that time said about the property, “it’s a clean slate for development. We’ll have it under our control for future development.”

“I don’t know that there’s much new or exciting,” Davis said about the site.

There had been talk about putting a pollinator garden there.

“I started to run with the idea a little bit,” he said.

He said the challenges, however, become notifying all the neighbors, having good public input and making sure it’s nothing people are opposed to; what it requires with weeding and maintenance; and the soil quality and if a soil test is required.

Davis talked to Danville Mayor Rickey Williams Jr. about it, who suggested they hold off on doing it this year and look more into it.

This could be an interim, side project, especially if any possible development decision isn’t made for two to five years, Davis said.

“It could be nice and aesthetically pleasing to neighbors, and help reduce our lawn mowing. We’re probably paying $1,000 a year to mow the lawn,” Davis said.

The Sager campus was used less and less frequently, as hospital operations became centered at the Logan Avenue campus. Hospital officials tried to find other uses for the property, but were unsuccessful.

The Housing Authority of the City of Danville had looked at the former Provena United Samaritans Medical Center’s Sager campus for the possibility of a new affordable housing development.

About 12 years ago, there were plans for Mercy Housing of Chicago to seek Illinois Housing Development Authority tax credits and possibly build a senior housing complex, or veterans housing complex, on the former Sager campus site.

The former St. Elizabeth Hospital site in Rabbittown also was to be owned at one time by Danville District 118 after the buildings were demolished in 2006. In July 2005, Provena officials gave Danville District 118 a ceremonial title to the Sager campus. District 118 was to receive the deed when demolition was complete. School district officials had looked at a park or an elementary school at the site.

The land bank now has quarterly board meetings with its 33 board members. Its last meeting was in July.

Among its agenda items: updating policies and procedures, which include conflict of interest and other issues; and members heard a presentation from a lawyer that works with other land banks in the state about the abandonment process and how land banks acquire properties.

“Land banks can work really well with member communities when there is proactive code enforcement” Davis said. “We can’t talk to the courts unless there is a really robust track record on code enforcement.”

Davis said he talked with the members about “this is the information we need to advance the ball on a given property.”

“I think that was a very important session and my plan is to kind of bring in guest speakers who have expertise in different areas,” he said. “It’s to get people thinking about what does this look like in our community.”

Davis also said about some of the land bank procedure updates, “I put in a lot more checks and balances and sign offs on invoices. I just want to be totally transparent.”

One demolition project this month in Danville is at 1022 E. Chandler St.

Memorandums of understanding for demoliton projects and marketing properties for members also have expanded to additional communities.

He said if the land bank is acquiring 20-30 properties from a member community, it is asking cities and villages to help with the lawn mowing until the lots are sold or after a structure is demolished. Grant money helps with the demolitions; and the land bank and member community split the sale proceeds from the lot.

If a property doesn’t sell within a year, title goes back to the municipality.

The land bank more recently has been working with Hoopeston, Sidell and Tilton. Tilton has four vacant residential parcels, where demolitions already occurred. The land bank would market them and split the sale proceeds 50/50.

The land bank also is marketing 100 pieces of vacant land for Decatur.

Davis said the land could be used by neighbors for a garage, new house or just extending a yard; and the lots go back on the tax rolls.

He added that Danville has city planning staff and grant writers, such as to work with Community Development Block Grant funding. Some other Vermilion County members don’t have this staff.

Davis said if they can make a significant dent in the development and sale of properties in Hoopeston, Westville, Ridge Farm, Georgetown and other communities, then they can move onto Danvile, Decatur and other member communities.

He said it requires a lot more resources and bigger picture planning.

“We intend on doing good work in Danville,” he said.

Davis started in the position in November 2019.

“It’s taken me a little while to figure out the lay of the land,” he said about also building a trust with communities.

Member communities have said they want to get more from the land bank.

It was a volunteer-led initiative for a while.

Davis said he needs the members to put the properties they are concerned about on paper.

That has taken months, in addition to taking photos of the properties.

“I think it’s starting to gel,” he said. “I’m hopeful we’ll drive some resources to Vermilion County and get some good work done.”

It is with great sorrow that we announce the death of the beloved father and friend, Frank Burke. Frank was born in Chicago, IL to Gunner and Elizabeth Burke along with his sister Marcela. Frank was married to Anna Lee Burke (nee Kellogg) on July 2 1978, sadly his beloved Anna passed away in…