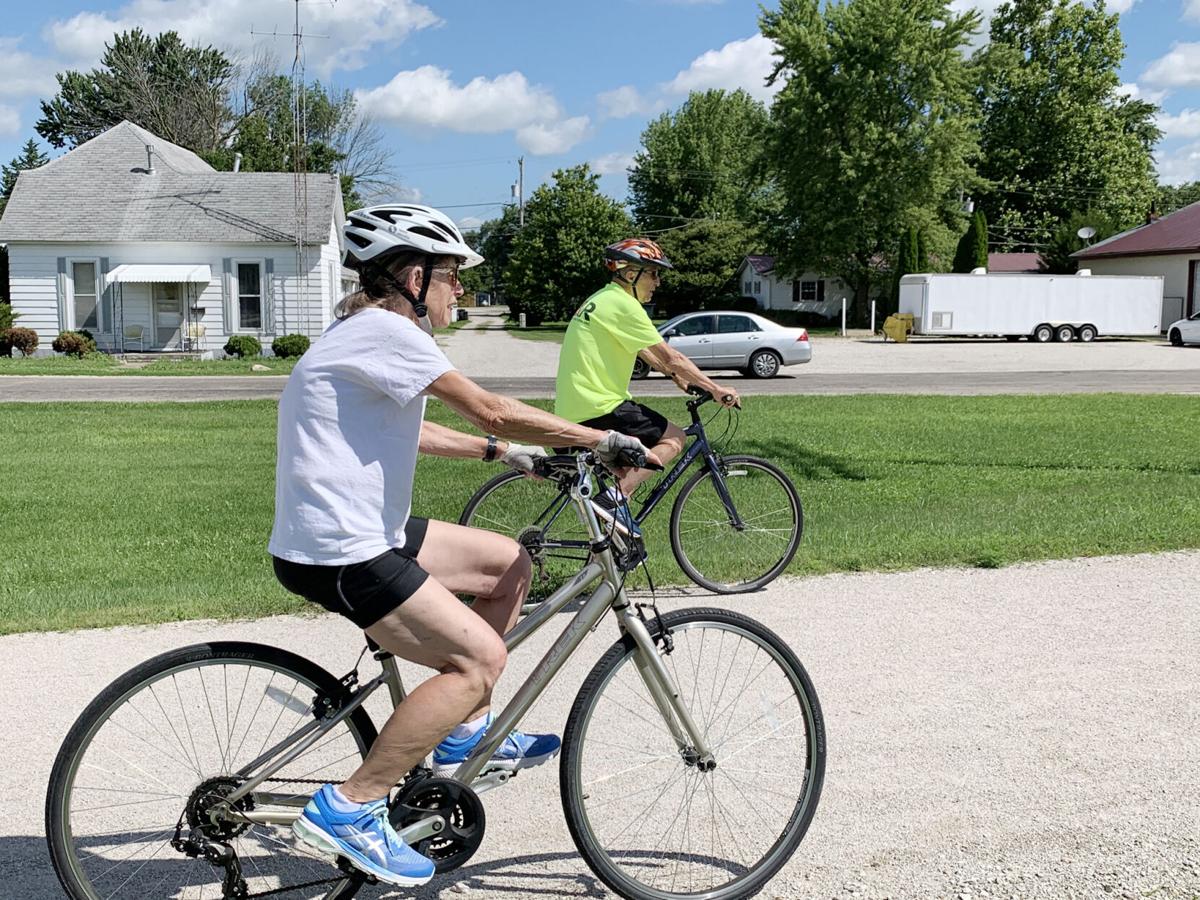 Phyllis and Richard Roth of Danville take a bike ride on the Kickapoo Rail Trail recently. 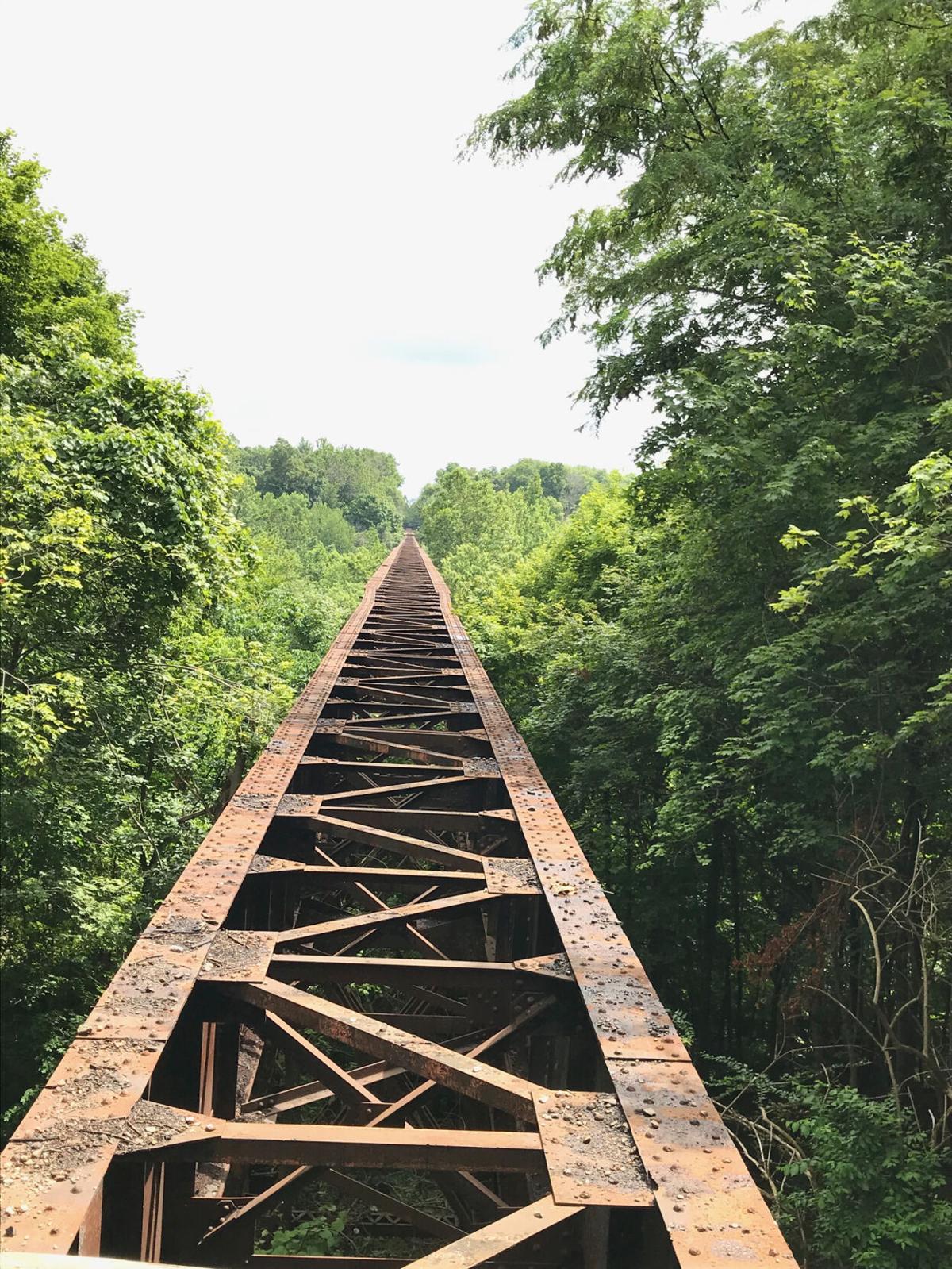 Provided photos Some more views along the Kickapoo Rail Trail in Vermilion County, including a photo of the railroad trestle bridge looking east. The other photos are on the west end of the project. 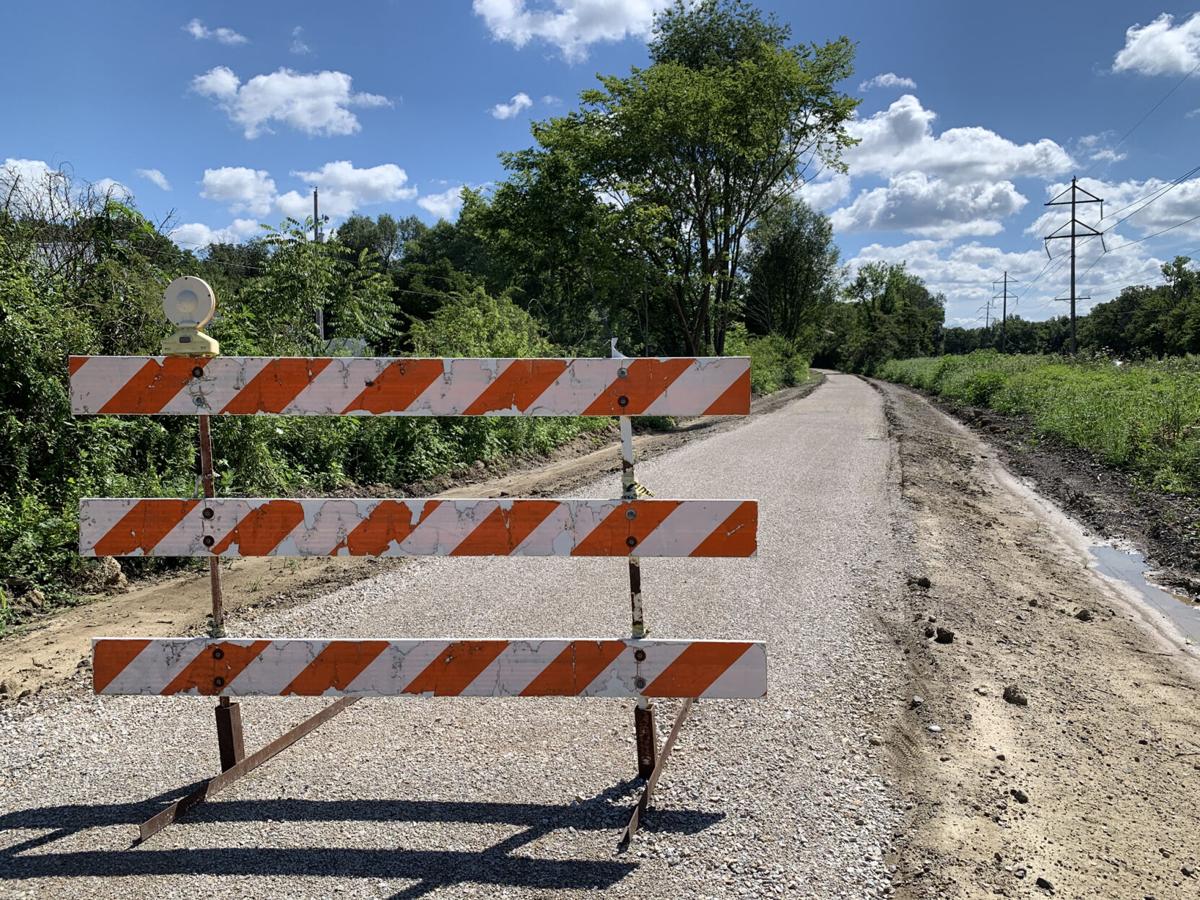 Construction continues on the next Kickapoo Rail Trail section in Vermilion County.

Phyllis and Richard Roth of Danville take a bike ride on the Kickapoo Rail Trail recently.

Provided photos Some more views along the Kickapoo Rail Trail in Vermilion County, including a photo of the railroad trestle bridge looking east. The other photos are on the west end of the project.

Construction continues on the next Kickapoo Rail Trail section in Vermilion County.

As people look to enjoy the outdoors any way they can, such as by running, walking and bicycling, the Kickapoo Rail Trail and its scenery is that much more enticing.

On Thursday, Richard and Phyllis Roth of Danville parked their car in Oakwood, retrieved their bicycles on the back of their vehicle and enjoyed a morning bike ride on the KRT.

Phyllis said they like to walk and ride on the trail.

“It’s wonderful,” she said about the trail and also the construction taking place extending the trail to Kickapoo State Park.

Construction on an additional section of the Kickapoo Rail Trail in Vermilion County is underway.

According to Illinois Department of Natural Resources’ Louis Yockey, Region 3 landscape architect, Halverson Construction has removed the railroad ties on the railroad bridge in the current section under construction and cleared the vegetation on the corridor.

“(They) are currently grading and preparing the subbase for the limestone trail. Work to convert the bridge for recreational use should begin in August and it is anticipated that the trail will open in fall of 2021,” Yockey stated through an email.

Halverson Construction was awarded the contract to construct the 1.5 mile section through Kickapoo State Park from Gray’s Siding Road to the Vermillion County Fairgrounds. The trail runs along Route 150 east of Oakwood and will continue to the trestle bridge over the Middle Fork River to Kickapoo State Park.

This section with the 1/4 mile long (1,291 feet) railroad bridge over the Middle Fork of the Vermilion River will connect to the trail to Oakwood completed last fall.

According to Yockey, 80 percent of the $3,038,480 project is paid for through a federal transportation enhancement program grant awarded to the Vermilion County Conservation District, with the Illinois Department of Natural Resources (IDNR) providing the remaining local match dollars.

A connection into Kickapoo State Park from the fairgrounds has been included in the park road project currently under construction. This does not include the road in the fairgrounds since it is not under IDNR’s jurisdiction, Yockey said.

Also, IDNR has recently bid a project to develop a 20-car parking lot with a vault toilet and other trailhead facilities. The location is along Route 150 east of Gray’s Siding Road.

“We are currently awaiting for the capital development board to award the contract for this project,” he said.

The long-term vision is to acquire the 4.3-mile CXS railroad corridor from the Vermillion County Fairgrounds to Ellsworth Park in Danville, and then from there, connect the park to Danville riverfront development.

“But, until CXS files for abandonment of that section of the railroad we are not able to railbank the corridor, or negotiate with them to acquire it,” Yockey said.

The first phase of construction in Vermilion County by Cross Construction was on the almost 2-mile section extending from the western edge of Oakwood, west of Oakwood Street in Oakwood, to Gray’s Siding Road in the area of Dunbar Bucktown Tree Farm.

Engineering and construction cost about $900,000. Funding came from donations and an Illinois Transportation Enhancement Program grant.

A large portion of Halverson’s construction work will be placing the new wooden bridge deck with metal framing on the existing trestle bridge for KRT users to cross the only national wild and scenic river in Illinois, the Middle Fork River.

Halverson started removing the railroad tiles from the trestle bridge late last year and also removed some large trees that were in the path of the trail to prepare for the path.

The bridge section is owned by the IDNR.{ The trail, which is being built on a retired railroad corridor, will extend 24.5 miles from Kickapoo State Park in Vermilion County to Urbana.

When the Vermilion County portion is finished, it will be about 3.5 miles and potentially longer.

There’s been discussion of possibly putting in a playground too at the Oakwood KRT section.

Pasquale has said the KRT has been talked about for more than 20 years and having it become a reality is another great accomplishment for this area.