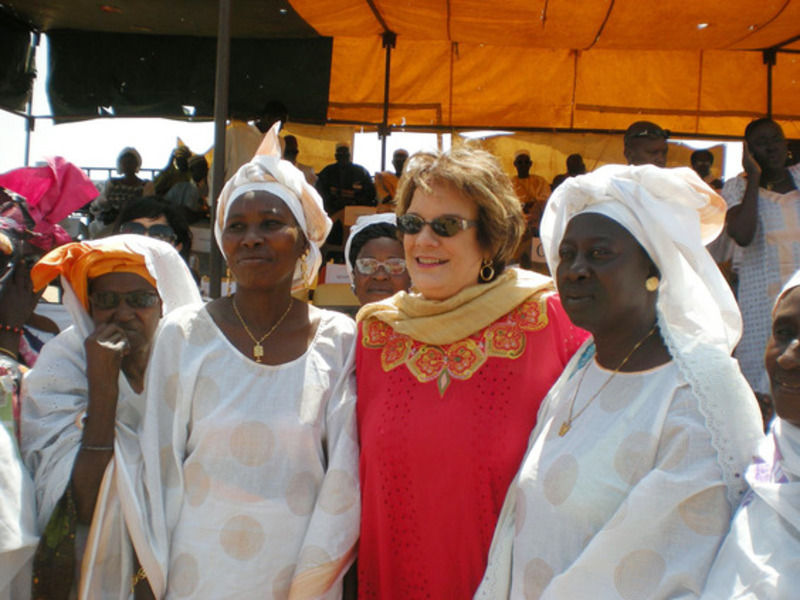 Molly Melching, Danville High School alumnus, is the subject of the new book, "However Long the Night" that was released on April 30. The book is about Melching's experience living and working in Africa. 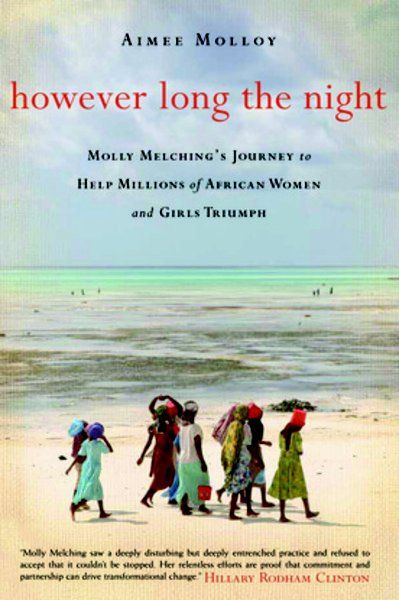 Molly Melching, Danville High School alumnus, is the subject of the new book, "However Long the Night" that was released on April 30. The book is about Melching's experience living and working in Africa.

Molly Melching, Danville High School alumnus, is the subject of the new book, “However Long the Night” that was released on April 30.

Melching grew up in Danville in the 1960s, where she attended North Ridge Junior High School and Danville High School. She enjoyed swimming at Lake Vermilion, and every summer she and her friends would walk to the Custard Cup in the evenings. She would walk to school every day, and participated in many activities while there, such as drama club, choir, the school newspaper, pompettes and the French Club.

Molly’s French teacher, Georgia Reed, greatly influenced her life. She always encouraged Molly to travel and learn about new cultures and people. After her junior year of high school, she went on a two month trip to France that changed her life. After this, she dreamed of visiting other lands and learning about different views and lifestyles.

Molly first went to Africa in 1974 while she was studying for her master’s degree at the University of Illinois and teaching a course on French society. She often invited Africans from French-speaking West Africa to come talk to her class. That year, the French department started an exchange program with the University of Dakar in Senegal, West Africa, and Melching was selected into the program for six months, but today has lived there for 39 years.

“However Long the Night” is about Melching’s experience living and working in Africa. It details her beginnings at the University of Dakar and follows her years in Senegal as she became a social entrepreneur and one of humanity’s strongest voices for women’s rights. She founded Tostan, an organization that empowers African communities to bring about sustainable development and positive social transformation based on respect for human rights.

Melching is a grantee of the Skoll Foundation, a social entrepreneurship foundation which has produced films such as “An Inconvenient Truth” and “The Help.”

In 2010, the Foundation announced a publishing partnership with HarperOne of Harper Collins Publishers, featuring social entrepreneurs who are tackling the world’s problems. Melching’s journey was chosen for the first book to appear in the series. The book “However Long the Night” is written by acclaimed author Aimee Molloy.

Molloy visited Senegal several times to visit the places where Molly lived and worked, and interviewed many of the women and men who are featured in the book. Molloy read many reports and letters about Melching and Tostan and had a large amount of material to write the book. It took two years to finish.

When the book was published, Molly was asked to do a promotional to accompany its release. During her two months in the United States and Canada, she visited nine cities and attended many events at bookstores, universities, galas and seminars. The book is now being taught in university classes on women’s studies, international development and human rights.

Danville High School now has a Tostan Club that was started in 2007. The club aims to give students a broader perspective of global issues, and to coordinate fundraisers to support Tostan’s programs in Africa.

The group adopted the village of Demabo in southern Senegal and the villagers completed the three year Tostan education program and ended the practices of female genital cutting and child/forced marriage.

“One of my happiest moments was when I learned that the students at DHS had decided to create a Tostan Club and took a special interest in learning about human rights,” Melching said via email. “It was such an honor for me. My dream is that one day the club members will be able to visit Senegal.”

Ted Houpt, sponsor of the club, asked Melching to come to DHS five years ago to speak when her name was added to the wall of fame.

“She is a pretty special person, she grew up here, and she still finds time to come here,” Houpt said.

Melching enjoyed coming to DHS to speak to the students.

“When you are in high school, you never imagine that one day you could be given special recognition and have your picture up on a ‘wall of fame’. It just seems so impossible,” Melching said.

Melching continues to live in Senegal and devotes her time to leading Tostan’s efforts to reach thousands more villagers who have never had access to basic education. She is still the executive director of Tostan, and in the last few years, the organization has expanded with the implementation of activities and the Tostan Community Empowerment Program in eight African countries.

She also has been involved in the new Reinforcement of Parental Practices module which is in 232 communities in Senegal and helps parents and communities prepare their children for success at school.

She is working with Tostan’s Generational Change in Three Years campaign which aims to partner with 1,000 communities across West Africa to effect social change. With the focus on six countries, the campaign will help build momentum for the abandonment of female genital cutting and child/forced marriage. It will also support programs that empower women leaders, promote girls’ education, teach literacy and numeracy, and lay a foundation for sustainable development.

“Sometimes people seem surprised that someone who is doing what I do in Africa grew up in a quiet and friendly, middle-sized town in a middle class family in the middle of the United States,” Melching said. “But I always answer, ‘Well, maybe that is why I am able to do what I do.’”