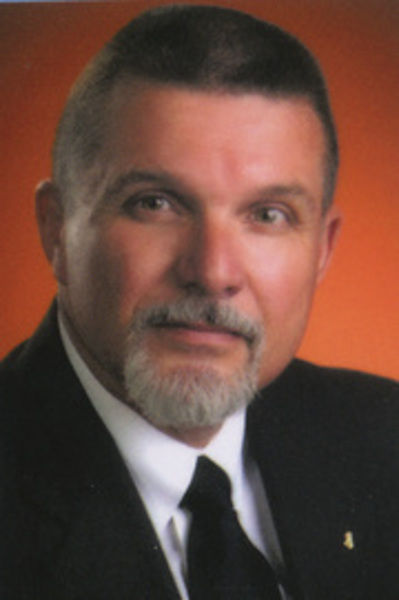 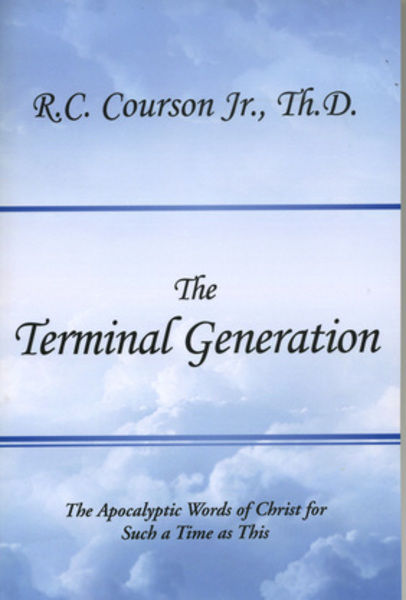 Robert C. Courson Jr. has a folksy way of warning people that life is brief: “You may tie your shoes this morning, but the undertaker could untie them tonight.”

In other words, he said, “We have no promise for tomorrow. We’re all in the same boat, so get your relationship right with the Lord.”

Courson of Bedford, Ind., and formerly of Danville, expands on that warning in his first book, “The Terminal Generation.” Its basic message is: The world as we know it is about to change forever; be prepared.

Courson, senior pastor at First Church of God in Mitchell, Ind., uses empirical, scientific and biblical analysis of current world events throughout the 222-page paperback. He does a verse-by-verse analysis of Revelation, and compares them to modern events.

The “terminal generation” refers to anyone 65 and under — the Baby Boomers, hippies, yuppies, Generation X, and the Millennials. These people, he said, will be alive when “humanity’s greatest cataclysmic event sounds in our life time.”

“We’re the generation that needs to be prepared to meet Jesus Christ,” he said in a telephone interview from his home.

Jesus Christ is coming soon — suddenly and silently — to “rapture” his church; the anti-Christ will ascend to dominate world power and the wrath of God will be unleashed upon sinful man during the tribulation period, he said.

“This book is an instruction manual covering the things to come in our life time and also a survival manual of protection and preparation,” he said. “Be prepared and don’t be left behind.”

Courson said that, prior to the Rapture when the righteous and innocents are taken away, certain things will happen, and we’re seeing those now: a falling away from religion, as people become consumed by the busyness of the world; wars, famine and pestilence; an indifference to the plight of the poor, helpless and homeless; and cosmic disturbances, such as lunar and solar eclipses this year and next.

“America as we know it is going to change,” he said, predicting the economy will collapse this year or next.

“We’re not going to see the end of the world,” he said. But this generation will see the Rapture, which is the trigger point for end-time events.

People can avoid the tribulation period by committing to Jesus Christ, he said. “Faith will carry you to glory. Don’t put your head in the sand,” he said.

Courson said he tried to write the book in a way that people can understand. It’s arranged like a Bible study, with each chapter standing alone. Also, it’s nondenominational, he said, adding, “The word of God should be the word of God for all of us.”

Courson, the son of Robert and Wilma Courson Sr. of Danville, said his father has read the book.

The elder Courson said, “It’s not something you sit down and read through like a novel. It’s thought-provoking.”

The book will appeal to those who believe the Bible is the inspired word of God, he said. And those who don’t believe will have questions, such as: What if it’s true?

Courson Sr., speaking as an avid reader and not as a father, said, “I thought it was extremely well-written and simple to understand.”

Giving in to his paternal pride, he added, “I’m so proud of the way it’s written.”

Courson wanted to begin the book four years ago, but was interrupted by cancer. In 2010, he was hospitalized for eight days at the VA in Indianapolis and then spent six months in cancer chemo treatments for lymphoma. During that time he was accepted at Andersonville Theological Seminary in Camilla, Ga., and completed his master’s and doctor of theology degrees.

“It was truly an answer to prayer to keep me focused and moving forward while undergoing treatments,” he said.

He added, “God allowed this for me to share the gospel good news with other vets undergoing treatment that did not have the hope of Christ in their lives. It is good to suffer well for the cause of Christ.”

Last October, he began working on his book in earnest and it was sent to AuthorHouse in February.

His next book is titled “Angels, Apes and Anthropology.”

Courson graduated from Catlin High School in 1972, and earned an associate degree in liberal studies at what is now Danville Area Community College and a bachelor’s from Eastern Illinois University.

He served in intelligence with the United States Marine Corps, and was discharged as a sergeant. After that, he worked with General Motors in Tilton until 1995, when he transferred to the Bedford plant. In 2000, he “sensed the call of God,” and attended Bible college.

He holds a bachelor’s of ministry in Bible and evangelism from Crossroads Bible College in Indianapolis, in addition to his degrees from Andersonville.

He founded the Last Call Crusade, serving as a nondenominational evangelist proclaiming the gospel to impoverished neighborhoods, and conducting church and tent revivals.

Courson and his wife, Linda, have four grown children and six grandchildren.

FYI "The Terminal Generation" by R.C. Courson Jr. is available in both paperback and e-book through amazon, Barnes & Noble and AuthorHouse. Courson would welcome any comments on the book. Call him at (812) 797-7376 or email robertcoursen@sbcglobal.net.