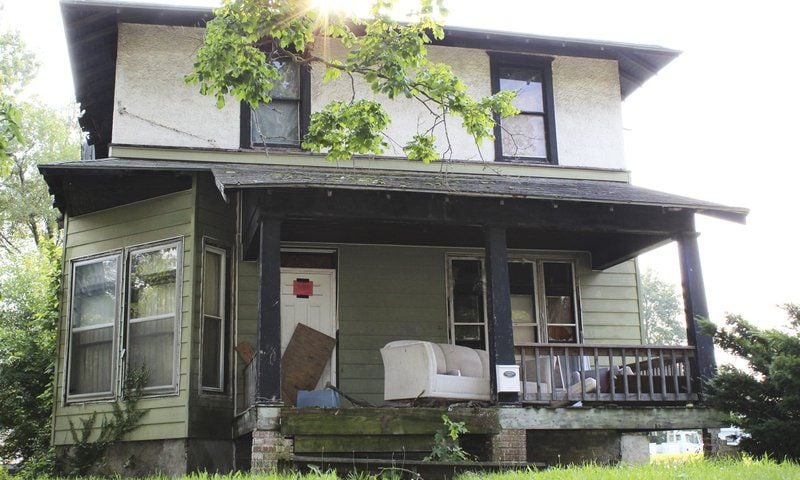 The home of Dick and Jerry Van Dyke, located at 930 N. Hazel St., Danville, will be the center of the Dandy Vandy” Dick Van Dyke Foundation. 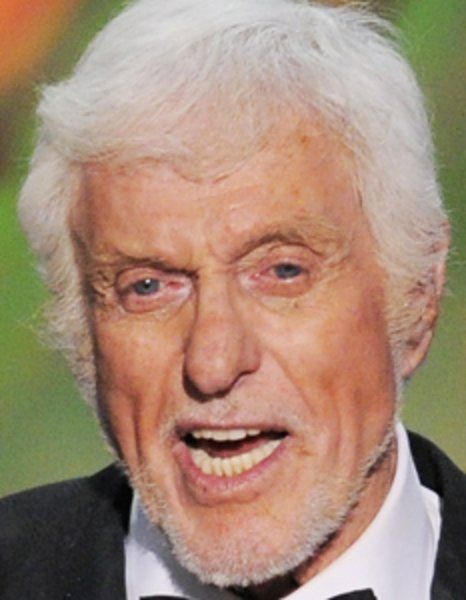 The home of Dick and Jerry Van Dyke, located at 930 N. Hazel St., Danville, will be the center of the Dandy Vandy” Dick Van Dyke Foundation.

In the 1930s, before the world knew him for his timeless roles in "Bye Bye Birdie," "Chitty Chitty Bang Bang" and "Mary Poppins," Dick Van Dyke’s whole world was just a few blocks wide.

“Back then, Danville was the center of the whole universe to me,” Van Dyke said during a telephone interview Wednesday. “I thought the bank building (now known as Bresee Tower) was the tallest building in the world. I just loved my childhood there.”

Van Dyke has been thinking a lot about his childhood this week, ever since he was told that the home he grew up in at 930 N. Hazel Street has been condemned by the city of Danville and could be demolished sometime in the near future if nothing is done to the property.

From Malibu Calif., the Emmy-winning celebrity tweeted the Commercial-News Monday evening to find out what was happening with his childhood home, a century-old abandoned house with pale green siding and chipped, dark brown trim sitting atop a slight hill, just a few blocks away from Danville High School.

“I was sad to hear it,” Van Dyke said. “That’s where I spent my whole childhood and so did my brother (Jerry Van Dyke). I have a lot of great memories there.”

To Dick Van Dyke, arguably Danville’s most famous celebrity, the two-story house with a red condemned sign hanging on the front door, is a structure holding a lot of weight — it’s his childhood home, the house that built him, filled with bright, vivid memories of growing up during the 1930s in Danville, when life was simpler, slower and the little details of life mattered.

Van Dyke, who turns 90 this December, can recall so many little details.

He remembers walking with his buddies to Block and Kuhl’s, a department store on Vermilion Street, when it was the only place in town with air conditioning. He remembers climbing “the biggest cherry tree ever seen” on Hazel Street and eating cherries until he was sick. He remembers when he and his buddies would walk everywhere they went and when the movies cost 15 cents.

“In those days, no one micromanaged their kids,” Van Dyke said. “When school was out, summer was ours. We were barefoot, and would go skinny dipping in the Vermilion River and we would bicycle out to the lake. Life was just wonderful.”

“My best buddy was Bob Hackman, Gene’s uncle. Gene used to hang around with us and was a lot younger and we used to say to him, 'Why don’t you find your own friends?' I saw him years later and said, 'Gene, if I would have known you would have been such a big movie star, I would have been a lot nicer to you,'” Dick Van Dyke said between bursts of laughter.

The center of his Danville Universe was his home on Hazel Street, where he remembers washing the wallpaper every spring, big porch in the back yard, filling the coal furnace every night. He remembers a time when only three people in the whole neighborhood had cars, and it was almost silent outside in the summertime and in the evenings, almost everyone on the block was on their front porch swings.

“Before technology got a hold of everything, the only sounds you could hear in the daytime were maybe the soft clutter of a hand-pushed lawnmower, and bees and birds — that was it,” he recalled.

“It was a different time, during the Depression, when nobody had much of anything. It seems like there was a lot more leisure. Everything was slower back then, and more relaxed. Things are moving way too fast now.”

Van Dyke knows the world he remembers in Danville is much different now. He still has family here and keeps up with local news. He knows about the decreasing population and how crime and unemployment has plagued the city for the last few decades.

Van Dyke said he would like to know from city officials more about the condition of his childhood home.

“I’d like to know if it’s fixable,” Van Dyke said. “Then, maybe we can do something like

“If it could be fixed, maybe we could do something, like take a collection up, or something. Danville is my home and I do still care.”

On Thursday, City of Danville officials were unable to comment on the specific conditions of the home.

DANVILLE – Trena Roberson has many memories wrapped up in her childhood home at 930 N. Hazel…

Dick Van Dyke's childhood home, located at 930 N Hazel in Danville, has been condemned by the city.

From outside of Muhammad Ali’s childhood home in Louisville, a man named Dan Riedemann called the Commercial-News this week to talk about the …

Dick and Arlene Van Dyke announced Sunday the launch of the “Dandy Vandy” Dick Van Dyke Foundation, a center to be based in the historic boyho…