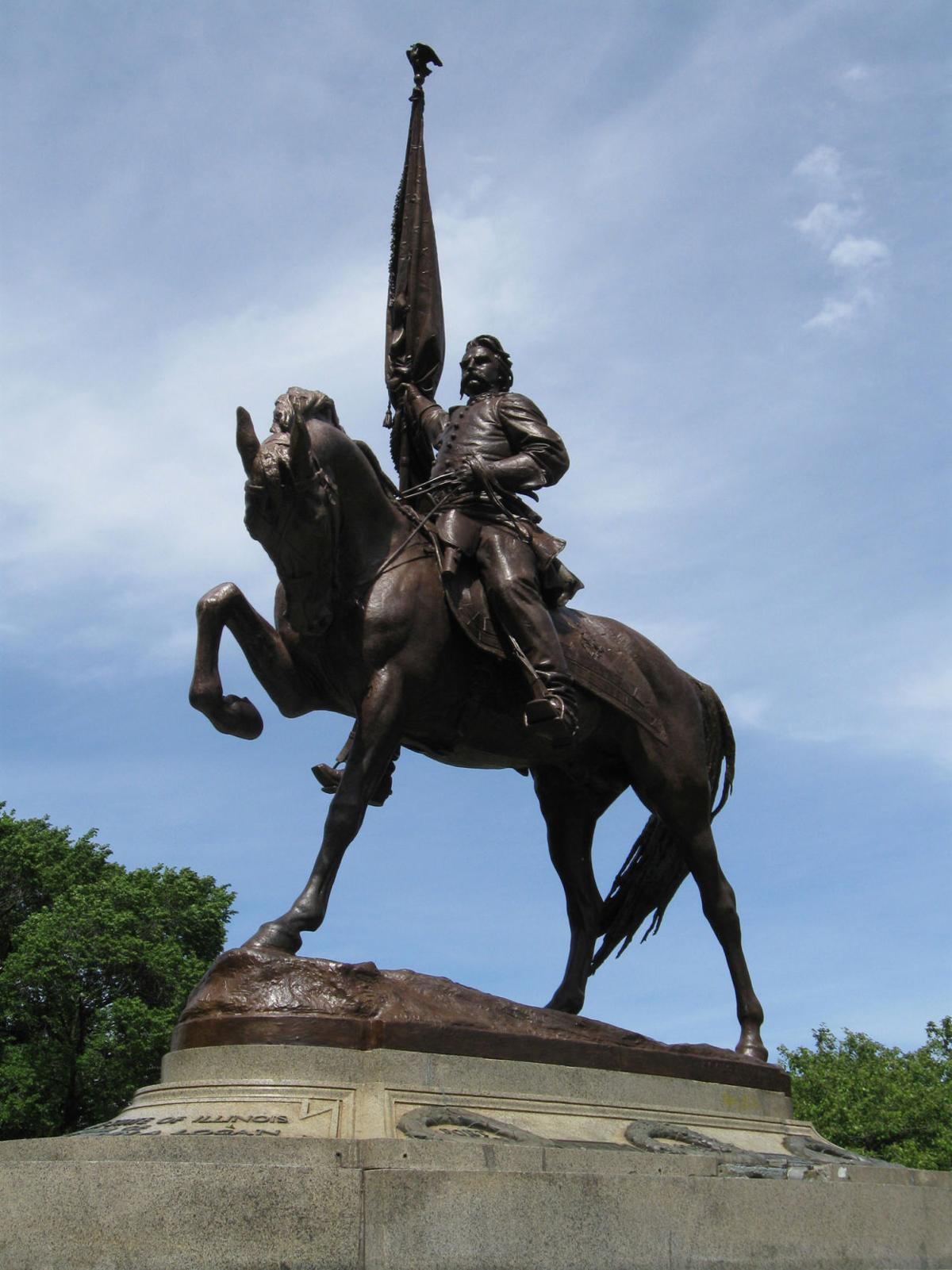 A statue in Logan Square in Chicago honors Maj. Gen. John A. Logan, who had ties to Danville. Logan Avenue bears his name. 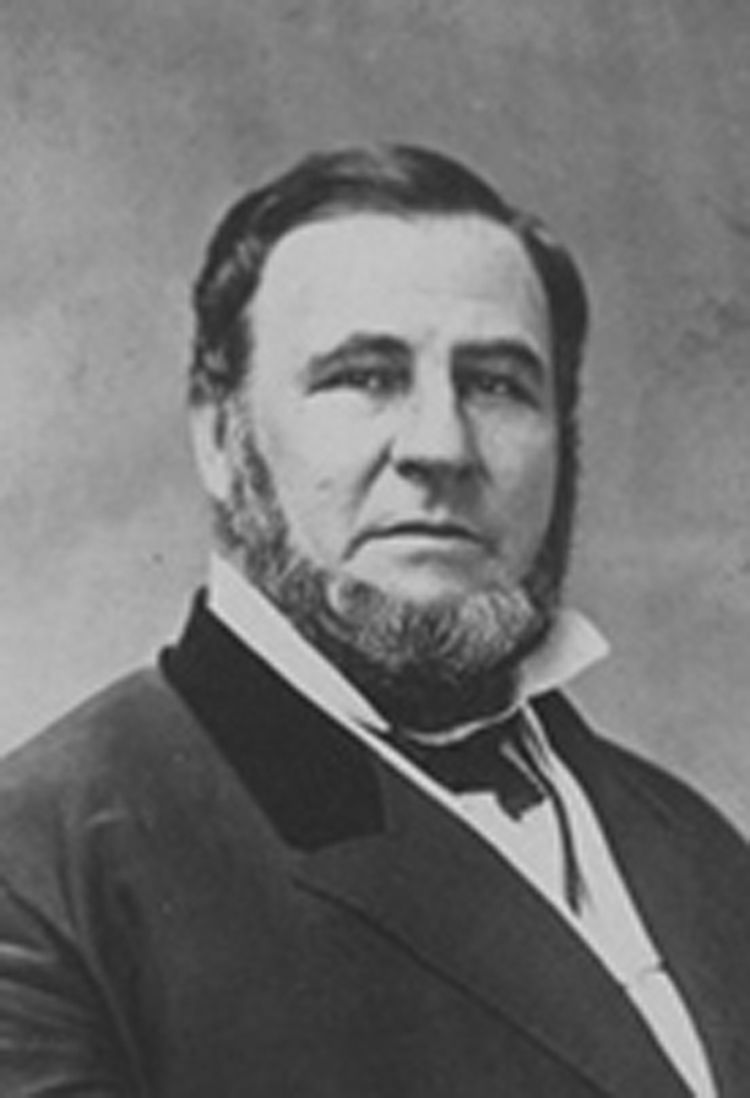 A statue in Logan Square in Chicago honors Maj. Gen. John A. Logan, who had ties to Danville. Logan Avenue bears his name.

DANVILLE — Six Illinoisians who made a significant impact on the history of the state and nation have been inducted into the Lincoln Academy Hall of Fame. Two of those — Judge David Davis and Maj. Gen. John A. Logan — had significant connections to Danville.

The other inductees were Enrico Fermi, William Le Baron Jenney, Mary “Mother” Jones and Emmet Till.

“These six people helped to shape the world as we know it today,” said Lincoln Academy Chancellor Frank Clark. “We proudly place their names beside other Illinoisans who have inspired and humbled us with their place in history.”

David Davis served as judge of the Eighth Circuit Court in Illinois from 1848 to 1862, making twice yearly trips to Danville with the “circuit rider” attorneys, including Abraham Lincoln.

Davis and Lincoln would often room together with other attorneys at the McCormick Hotel on Main Street. The two made a striking pair, telling stories around the fireplace at the McCormick. Contrasting to the self-educated lean and lanky Lincoln, Davis was a rotund Yale graduate who came from a wealthy family.

Often, when Davis couldn’t preside on a particular case, he would ask Lincoln to take his place on the bench. During their fall court sessions, Davis and Lincoln would join the other circuit riders for Thanksgiving dinner at the home of local attorneys O.F. Harmon or Oliver Davis.

Davis served as Lincoln’s campaign manager in his race for the presidency in 1860. He was also close friends with Lincoln’s Danville law partner, Ward Hill Lamon. Following Lincoln’s election, the president appointed him to the United States Supreme Court in 1862.

Davis served as a justice until 1877, and then was elected to the United States Senate where he served one-term before retiring to his home in Bloomington, where he died in 1886.

The Senate seat taken by Davis in the 1876 election had been held by retired Maj. Gen. John A. Logan. Besides having an avenue named after him in Danville, Logan’s ties included serving as division and corps commander for thousands of Illinois and Indiana troops during the Civil War.

Following the war, he also was a founder of the Grand Army of the Republic, a national veterans organization that contained a large number of veterans in Danville and Vermilion County.

In 1868, Logan called for a nationwide day of remembrance later that month, which became the first nationally observed Memorial Day. His declaration was that “The 30th of May, 1868, is designated for the purpose of strewing with flowers, or otherwise decorating the graves of comrades who died in defense of their country during the late rebellion, and whose bodies now lie in almost every city, village and hamlet churchyard in the land.”

That included observances at what was then the new Spring Hill Cemetery and others across the area.

In addition to serving in the United States Senate for a total of 12 years, Logan served three terms in the U.S. House of Representatives and had been a member of the Illinois House of Representatives early in his career. He was also the Republican vice-presidential candidate in 1884, on the ticket with James G. Blaine, losing to Grover Cleveland and Thomas Hendricks.

There are statues of the general at Logan Square in Chicago, the Capitol Rotunda and Logan Circle in Washington, D.C., Vicksburg, Miss., and at John A. Logan College in Southern Illinois. Several counties across the country are named after Logan, as well.

• Enrico Fermi was a Nobel-Prize-winning physicist who created the first sustained nuclear reaction. His work included the discovery of plutonium, for which he won the 1938 Nobel Prize for Physics. Fermi was increasingly drawn into the U.S. government’s atomic research program and became one of the founders of the Manhattan Project. The nuclear element Fermium is named for him.

• William Le Baron Jenney was a renowned architect often credited with inventing the skyscraper. Following education and work in Europe, Jenney became a civil engineer and served on the staffs of Generals Ulysses S. Grant and William T. Sherman during the Civil War. Jenney designed numerous homes throughout Illinois, but is best known for his development of tall buildings in Chicago. Using a system of iron columns, especially on the outside of the structures, Jenney’s concepts essentially created the skyscraper.

• Mary “Mother” Jones was one of the most prominent labor leaders of the late 19th and early 20th centuries. She co-owned a seamstress business until it was destroyed by the 1871 Chicago Fire, and in the following years, Jones began to move into labor activist circles and participated in several major labor protests, including the 1877 Pittsburgh Railroad Strike and the 1886 Haymarket Riot.

• Emmett Till was one of the youngest and most widely-covered victims of racial lynching. In 1955, after finishing seventh grade in Chicago, Till traveled to Money, Miss., to visit relatives. Till was accused of whistling at a white woman. The woman’s husband and his half-brother later abducted Till from his uncle’s house, severely beat him, shot him to death, and dumped Till’s his body into the Tallahatchie River. Till’s body was recovered several days later, and the ensuing funeral and trial received wide national attention. The brutality of the case and Till’s age spurred massive outrage and helped inspire the Civil Rights Movement.