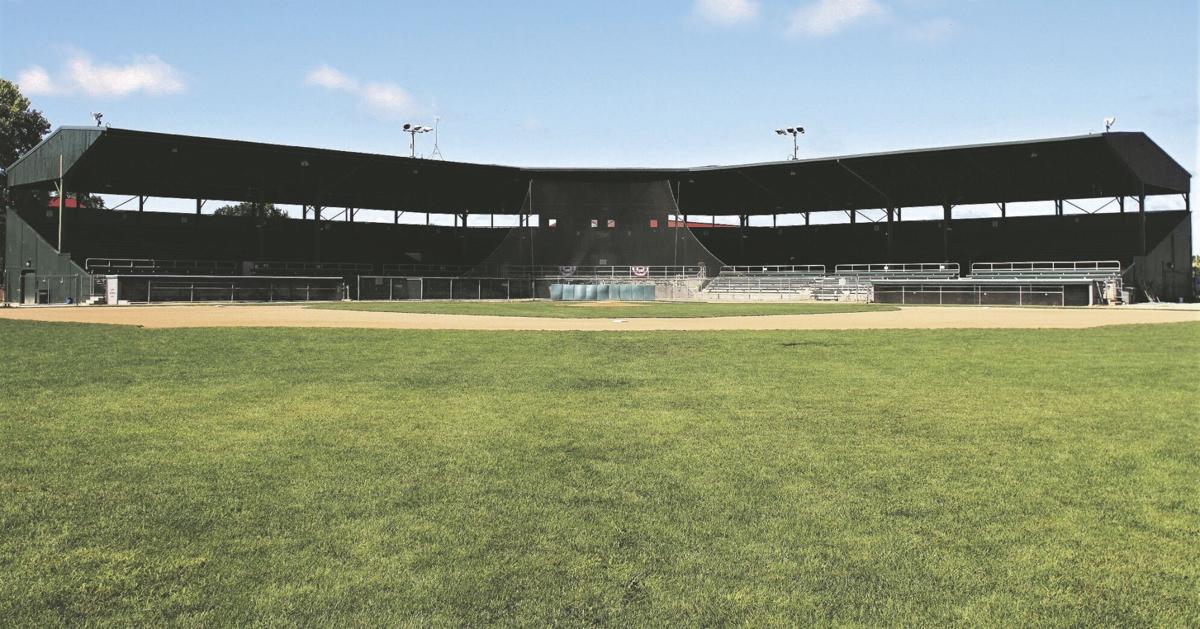 Danville Stadium, the current home for the Danville Dans of the Prospect League, is celebrating it’s 75th anniversary this season. The ballpark, which was built in 1945 and 1946, has had more than 200 players make it to the major leagues. 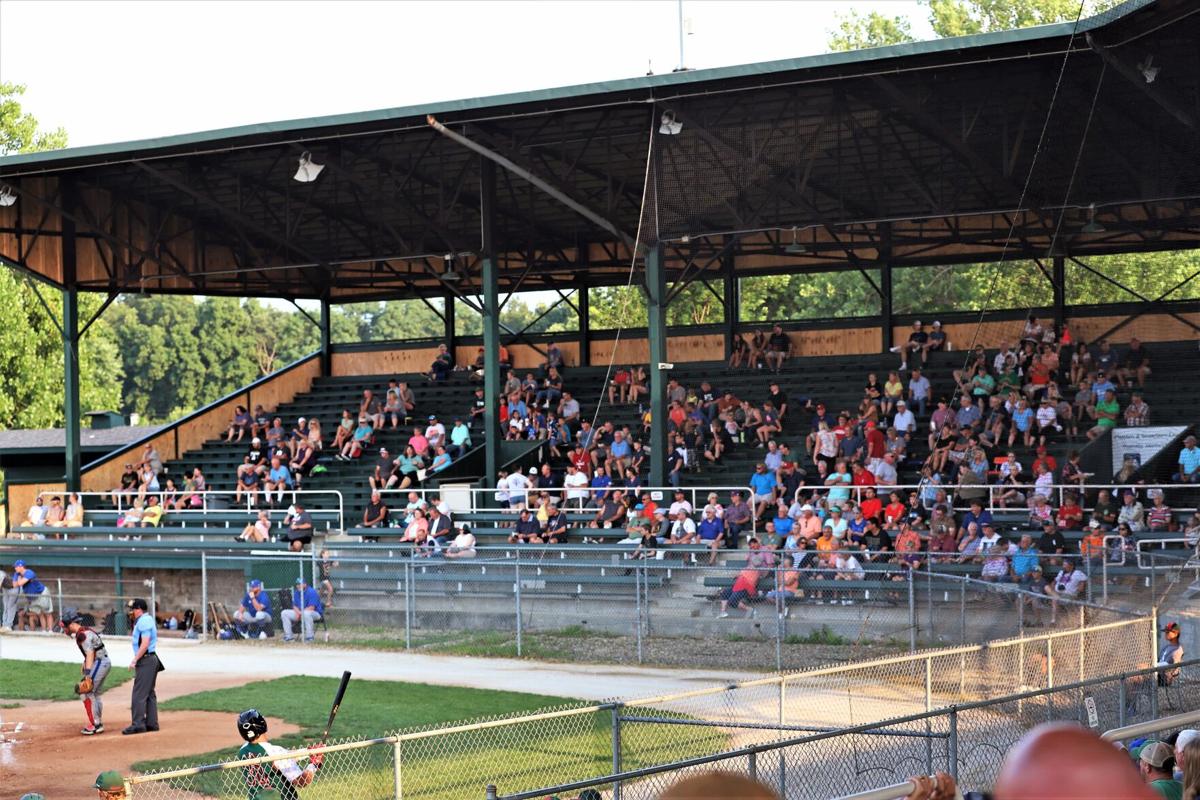 Thousand of fans, like the ones at Tuesday’s game with the Terre Haute Rex, have enjoyed watching baseball at Danville Stadium for the past 75 years. 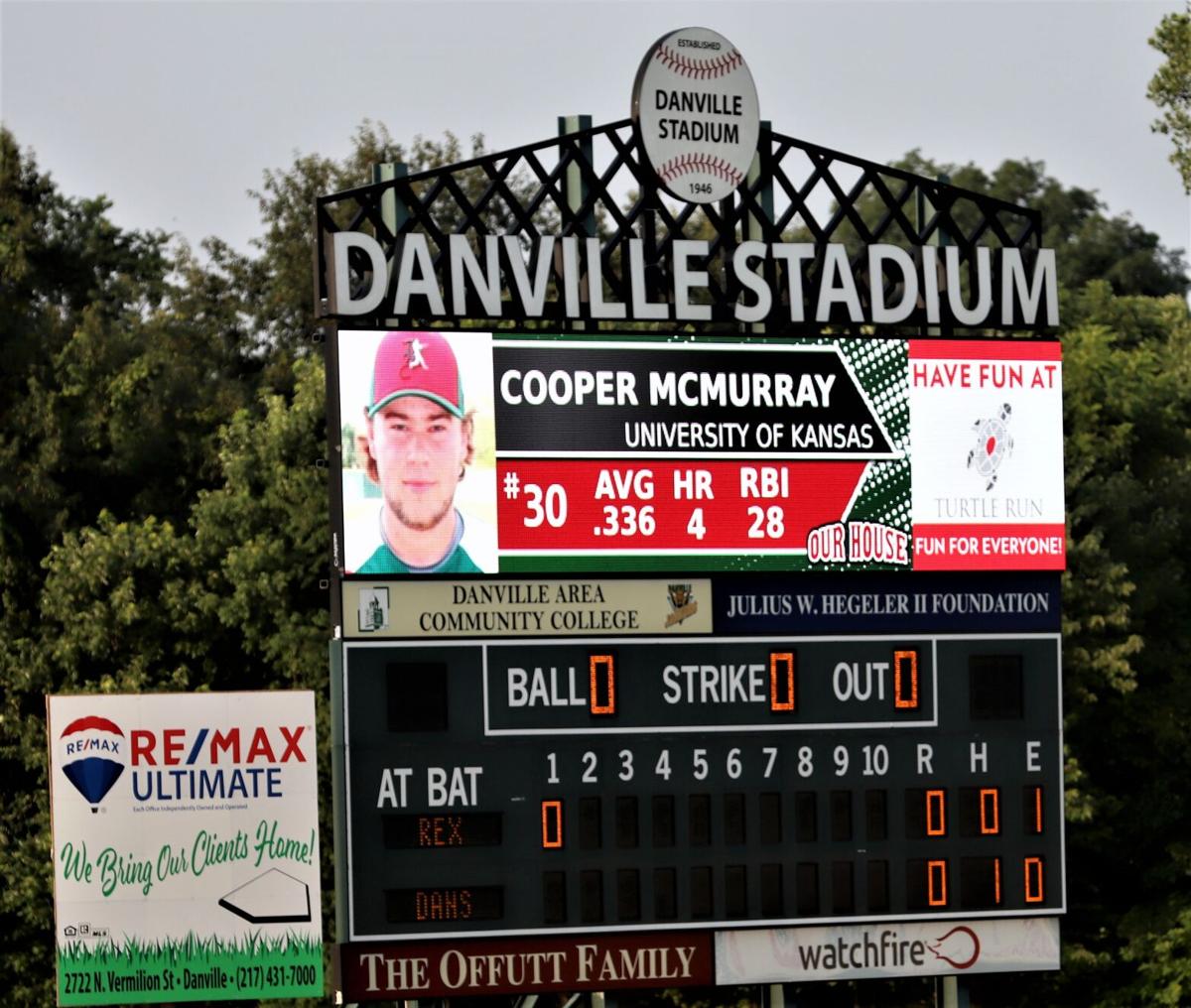 One of the most recent renovations at Danville Stadium came in 2018 with the new scoreboard and video board that was built here in Danville by Watchfire Signs.

Danville Stadium, the current home for the Danville Dans of the Prospect League, is celebrating it’s 75th anniversary this season. The ballpark, which was built in 1945 and 1946, has had more than 200 players make it to the major leagues.

Thousand of fans, like the ones at Tuesday’s game with the Terre Haute Rex, have enjoyed watching baseball at Danville Stadium for the past 75 years.

One of the most recent renovations at Danville Stadium came in 2018 with the new scoreboard and video board that was built here in Danville by Watchfire Signs.

While he would go on to play games at Wrigley Field, Yankee Stadium and Fenway Park during his 14-year career with the Los Angeles Dodgers, the Philadelphia Phillies, the Montreal Expos and the Toronto Blue Jays, Fletcher spent his youth dreaming about the day that he could play at Danville Stadium — which is celebrating its 75th Anniversary tonight.

“When I was young, we did go to big-league games in Chicago, St. Louis or Cincinnati,’’ he said. “For me, personally, going to the stadium was like going to a professional stadium. It wasn’t a big-league stadium, but it just felt special when you were there.

“As a boy, I looked up to those players and I always thought it would be nice to play there when I got older.’’

Fletcher achieved that goal, playing games for Oakwood at Schlarman when he was in high school and then playing games for Danville Post 210. He even played there for Royal when Danville had a team in the Eastern Illinois Baseball League.

Before his playing days, Fletcher can remember going to the stadium to see his father, Tom Fletcher, a former major leaguer with the Detroit Tigers and a six-year veteran of minor-league baseball, pitch for some of the semi-professional teams that played at Danville Stadium after his days of playing in the minor leagues were over.

“Occasionally, he was asked to come pitch for different teams that were based at the stadium for an exhibition game or a money-making deal,’’ Darrin said. “Back in the 70s, they would put together these barnstorming shows. It was a big-time event and dad would be out there pitching for the Danville team.’’

That’s also how Darrin’s grandfather, Glen Fletcher, made some extra money at the end of his 10-year professional baseball career — all in the minors.

“Semi-pro baseball was played a lot around here back in the late 1940s and 1950s,’’ Darrin said. “They would travel all over the Midwest and play games on weekends.’’

One of Glen’s favorite stories that he told Darrin was how a group of Major League all-stars came to Danville.

“Back in those days, professional baseball players didn’t make a lot of money. They would start barnstorming right after the season was over,’’ said Darrin, also noting that the Indianapolis Clowns came to play several times at Danville Stadium.

In his two seasons with the Dans, Casey batted .280 with 1 home run and 44 RBIs and the left-handed hitting outfielder, who just completed his third season as an assistant coach at Valparaiso, was on the record-setting Danville team of 2013 that won 41 games.

“I remember really enjoying that summer,’’ Darrin said. “We traveled around to different spots and enjoyed some of these older parks that are hidden in these towns of the Prospect League.

“Having dad there, along with all of our aunts and uncles and cousins that live around here, watching a Fletcher boy on the baseball field was special.’’

Fletcher is quick to point out that playing and watching baseball at Danville Stadium are special moments for a lot families in Vermilion County.

“As I’ve been helping coach at Oakwood, those kids get fired up about playing at the stadium,’’ Fletcher said. “It’s a landmark. When you talk about Danville and baseball, it’s the first thing that comes to your mind.’’

When you think about the historical happenings at Danville Stadium there are very few, if anyone, that has seen more games there than former Commercial-News sports editor and WDAN-AM 1490 sports announcer Fowler Connell.

“It’s one of the best places to watch a ballgame anywhere around,’’ said Connell, who came to Danville in 1953. “There is not a bad seat and you are close to action.’’

When asked who was the best player he saw play, Connell said, “there are so many, it’s hard to say.’’

But one of his favorite memories was a game that lasted 21 or 22 innings and didn’t finish until like 2 a.m.

“One family was here at the end, I think it was Lloyd Lucas and his wife,’’ Connell said. “Actually, they left and came back for the ending.’’

Connell also remembers how the stadium was falling apart in the 1980s and needed a major renovation.

That’s when Danville Dans managing partners Rick Kurth and Jeanie Cooke headed up a group that took control of the stadium.

“Mayor Bob Jones was trying to give the stadium away,’’ said Kurth. “They were getting ready to tear it down. The bleachers on the first-base side had rotted out and you couldn’t sit there.

“I went to him and asked if I could put a group together to put this place back together.’’

Cooke, who admitted that she didn’t think she and Rick would be here 33 years later, said it was important to preserve the stadium’s history.

“The reason that we are here is because of the stadium. The Danville Dans are here for this stadium,’’ she said. “We knew back then that we had to bring in a team that would bring people back out to the ballpark, and I think we’ve done that with the Central Illinois Collegiate League, which is now the founding portion of the Prospect League.’’

And while some of the events for the anniversary season have been put on hold because of the COVID-19 pandemic, Cooke is still taking the opportunity to share some of the memories.

“We had a group of little league players here (July 15) that didn’t know anything about the stadium and baseball in Danville,’’ Cooke said. “Being able to share with them some of the great players that have stepped foot on that field was a lot of fun.

“I also had the opportunity to speak to the Lions Club this month. I thought that a lot of residents already knew the history, and they knew some of it, but not a lot of people can grasp the overall depth of baseball history that has been made here.’’

So, what are some things that are not known by the average Danville baseball fan?

“First off, I don’t think people realize how many major league baseball players have come through here,’’ said Cooke, noting that more than 200 have at one time called Danville Stadium their home ball park. “In our 33 years as the Danville Dans, we have had 29 players make it to the majors.’’

Included in the group of former Dans that have made to the Major Leagues are World Series champions like Chris Couglan, the 2009 National League Rookie of the Year, Mitch Moreland and Jonathan Papelbon.

And then there are old-time players like Satchel Paige, Jackie Robinson and Pee Wee Reese — all Hall of Fame players — that have played at Danville Stadium.

“Satchel Paige threw off of the same mound that these kids are throwing off of today,’’ Cooke said.

While the ball park is located on the same exact spot, Highland Boulevard, that was selected in 1945 when Robert “Kish” Bookwalter, a local attorney and entrepreneur led a group of Danville businessmen to convince Brooklyn Dodgers President and General Manager Branch Rickey to build a stadium for a Dodgers farm team in Danville, a lot of things have changed in the past 75 years.

Included in those changes this year is the exterior renovations done by McDowell Builders Inc. of Sidell. Brand new siding in the traditional forest green color was installed on the sides and the back facade of the grandstand.

“Keeping that historical look has been very important,’’ said Cooke. “The city has been very dedicated to making sure the structure is safe.’’

That has included installing a new scoreboard, manufactured by Watchfire Signs of Danville, a new outfield fence and a new playing surface before the 2018 season.

The press box, which used be on top of the roof but now resides in the top rows behind home plate, was renamed the Bob Kay-Fowler Connell Press Box in 2011.

Bob Kay was one of the original bat boys for the Danville Dodgers, along with John Dowling, who would go on to play and coach for Danville High. While Connell spent 1953-89 covering teams at the stadium for the Commercial-News before moving over the WDAN-AM 1490 where he continues to cover the Danville Dans.

Tonight’s game for the Danville Dans against the Terre Haute Rex is part of the anniversary party for stadium. First pitch for the Prospect League game between teams that compete for the Branch Rickey Cup is set for 6:30 p.m.