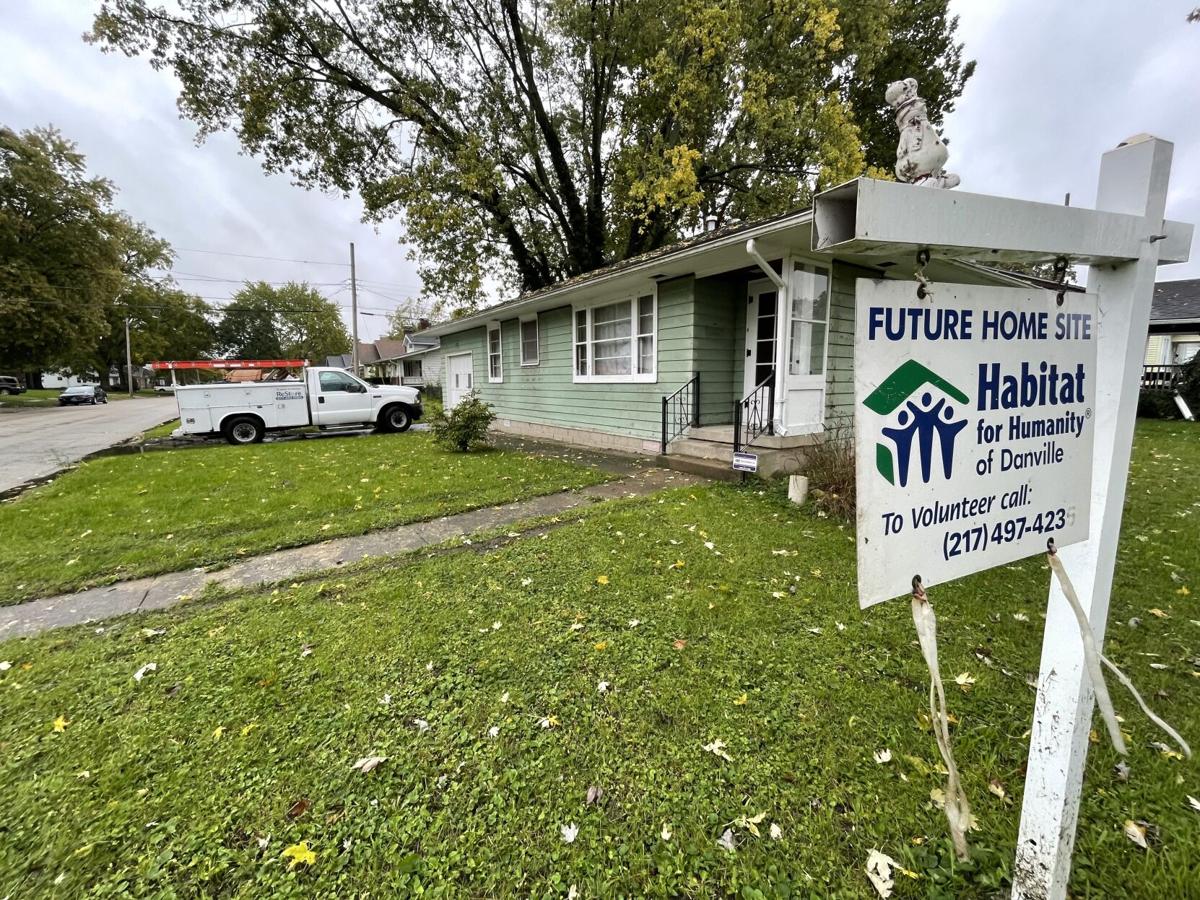 A Habitat for Humanity of Danville house on Voorhees Street is under construction. 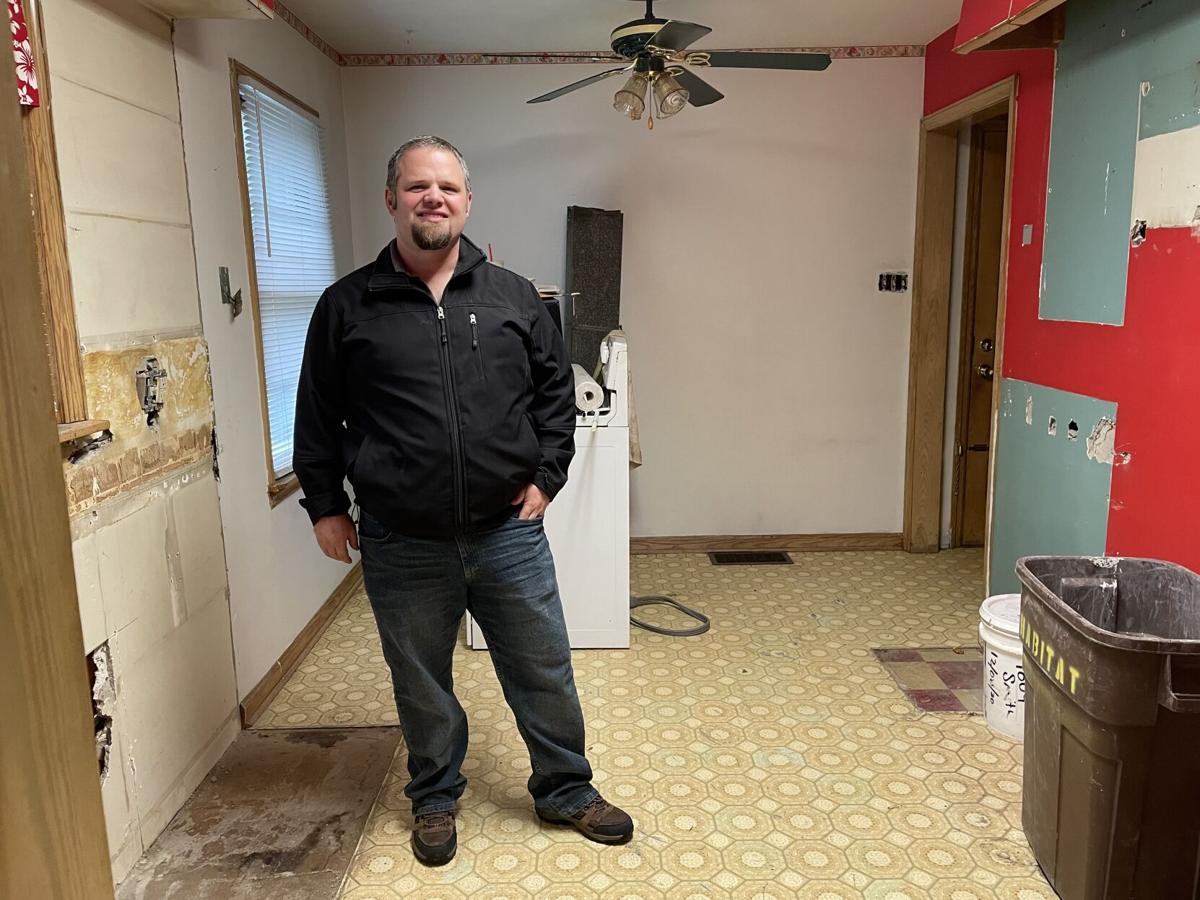 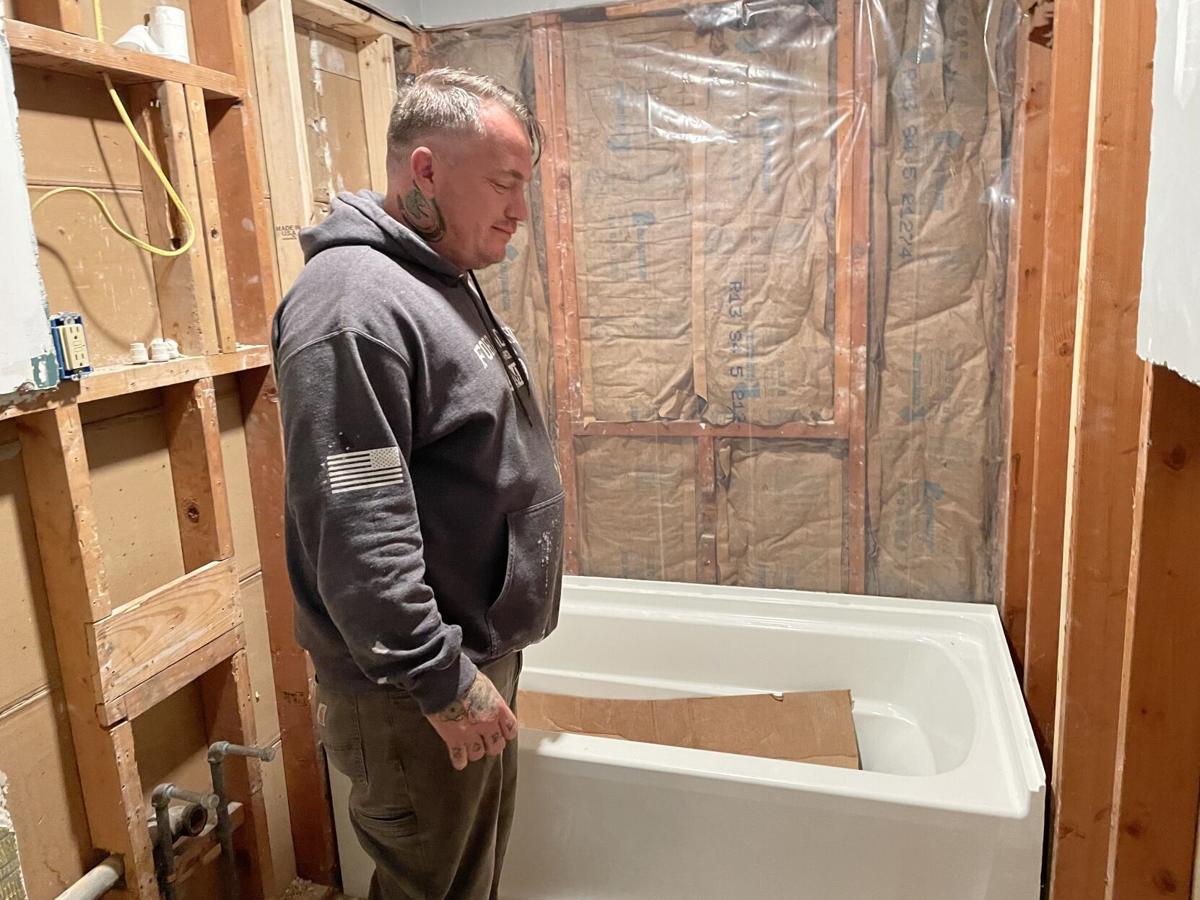 Habitat Construction Manager David Jordan talks about work being completed in the bathroom for the Voorhees Street house project.

A Habitat for Humanity of Danville house on Voorhees Street is under construction.

Habitat Construction Manager David Jordan talks about work being completed in the bathroom for the Voorhees Street house project.

DANVILLE — Those looking to volunteer with Habitat for Humanity of Danville now have another avenue to do so.

A new social media Facebook page has been set up called Danville Habitat Volunteer Group. It can be found at: https://www.facebook.com/groups/377461850509414.

Posts have included from construction manager David Jordan about needing help removing cabinets and other odds and ends jobs.

One group that has helped this fall was with the Vermilion Housing Authority.

Habitat had a house dedication a few months ago for 1809 Smith Ave.

The organization is now working on houses at 1907 Smith Ave. and 514 W. Voorhees St.

“Both of those were ones we purchased, knowing that they needed work,” said executive director Jonathan Gibson.

They have family partners identified for both — the Dye family for 1907 Smith Ave. and the Dixon family for the Voorhees home.

So far they’ve removed what they needed to remove in each house, Gibson said.

They’ve been starting to refinish floors, paint walls and ceilings and put in cabinets, bathtubs, and complete other installations.

Both needed the bathrooms and kitchens redone, Gibson said.

These houses were chosen by Habitat for financial reasons.

“We were looking for projects that could make financial sense,” he said. “We don’t have a goal of making money on any of these, but we’re simply trying to be efficient and not lose money on projects, because we do resell them to the partner and they pay it off with a no-interest mortgage.”

“We’re simply looking at finding out what expenses can we put into the property and have it line up as close as possible to what the house will appraise at when we finish the project and sell it to the partner,” Gibson added.

He said both of these houses seemed like good financial projects that also were sized right that would meet some of the needs of families looking to get into the Habitat program.

“We are ongoing in our search for properties,” Gibson said. “Up to this point, we haven’t got any additional ones finalized.”

He said they hope to get a donation from Aunt Martha’s too, but they didn’t know if that was going to be a good fit.

“We’re trying to pick up the pace in order to do more each year, which means that we need to be both fixing up and at the same time looking for prospective homes all at the same time,” Gibson said.

The two current homes could be finished in 8 to 12 months.

Habitat has been rehabbing one to two houses and they want to get to the point of doing three to four houses a year.

They have to grow their capacity to do more houses.

“That’s one of the biggest constraints at the moment. We’ve had some success in getting funds available to do more houses, and it’s just trying to line up everything necessary. Find projects that would work, people to do the work, volunteers to assist with it and everything planning wise in 2020 and 2021 has been difficult,” Gibson said.

He said they’re not low on families with interest in working with Habitat. He said they have families they’re in contact with to see if they meet financial and housing guidelines.

The Habitat ReStore also has been a boost for funding for homes.

The ReStore suffered a closure during the pandemic, but reopened in 2020.

“We’ve continued to see some extended growth, where we’ve hit some really nice sales. Which means that we do have funds that we put into our housing mission,” Gibson said.

“So we are thrilled with the way that has been going,” Gibson said. “Lots of new people have found the ReStore to donate and shop, both.”

Christmas items are aplenty on the shelves in the ReStore.

“We’d love to have people look us up on Facebook,” Gibson said. They’re going to use that to share volunteer opportunities.

He said sometimes people have an interest to help Habitat, but don’t know a specific way to help. This makes it simpler and easy to see that request.

Youths as young as age 14 can volunteer at a project with a parent or guardian.

Habitat officials can help guide and gear people toward tasks according to skill set.

Especially as Habitat increases housing projects, they will have multiple houses at various stages for people to jump in to help as they’re able to.

Ongoing volunteer opportunities also are at the ReStore.

His daily work varies, with projects at Habitat’s fire house headquarters, and at the houses.

“I try to juggle them around,” Jordan said, working on things himself and also directing people as needed.

“I was very familiar with Habitat leading up to this,” Jordan said.

He also had construction experience, being a labor union member out of Laborers’ Local 159 out of Decatur. He’s now moved more into residential work.

Habitat is hoping to get a four-bedroom house to start rehabbing after the current homes.