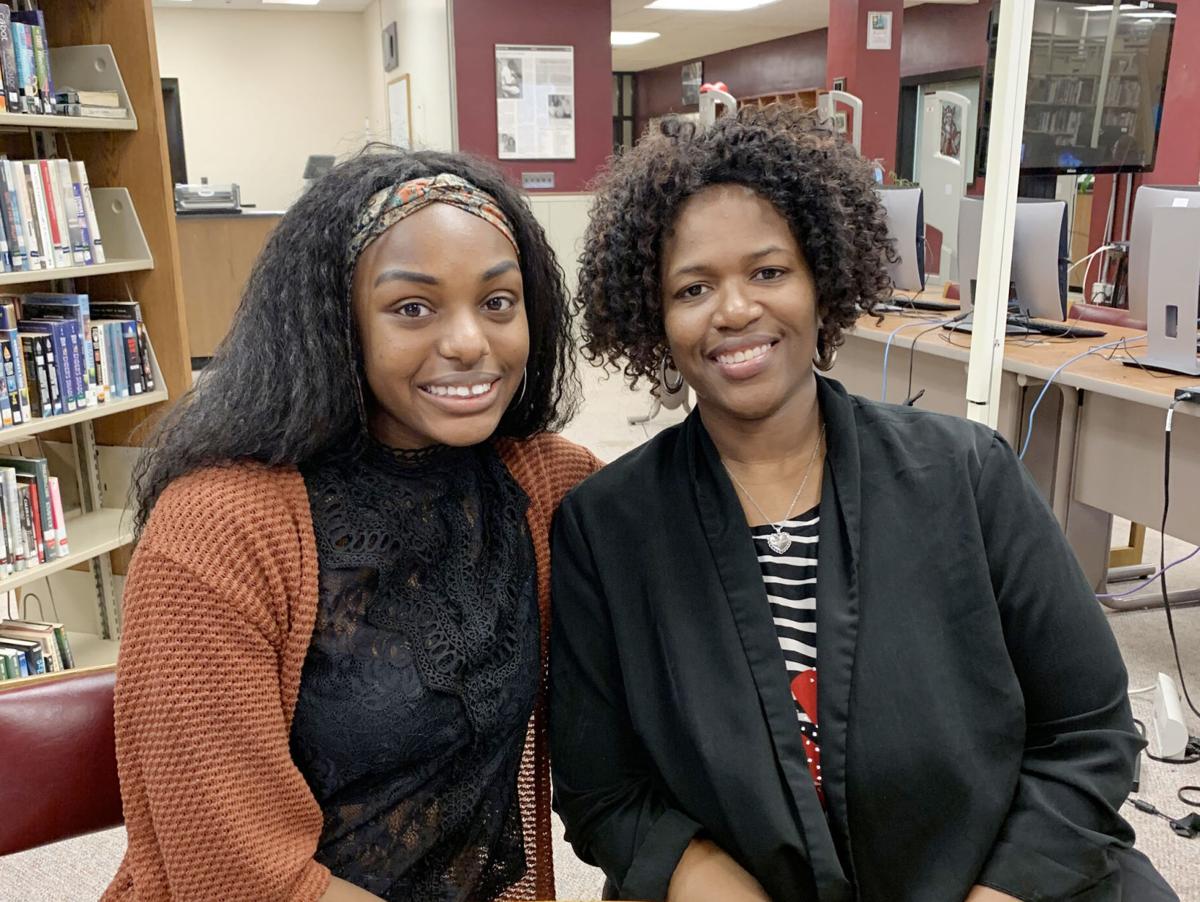 Danville High School Senior Grace Awodeha, 17, sits with her mom, Tia, inside the DHS library recently. Grace is this year’s MLK Scholarship recipient. Another of Tia’s daughters, Lyric Cunningham, received the scholarship in 2017. Four families have had multiple scholarship awardees. 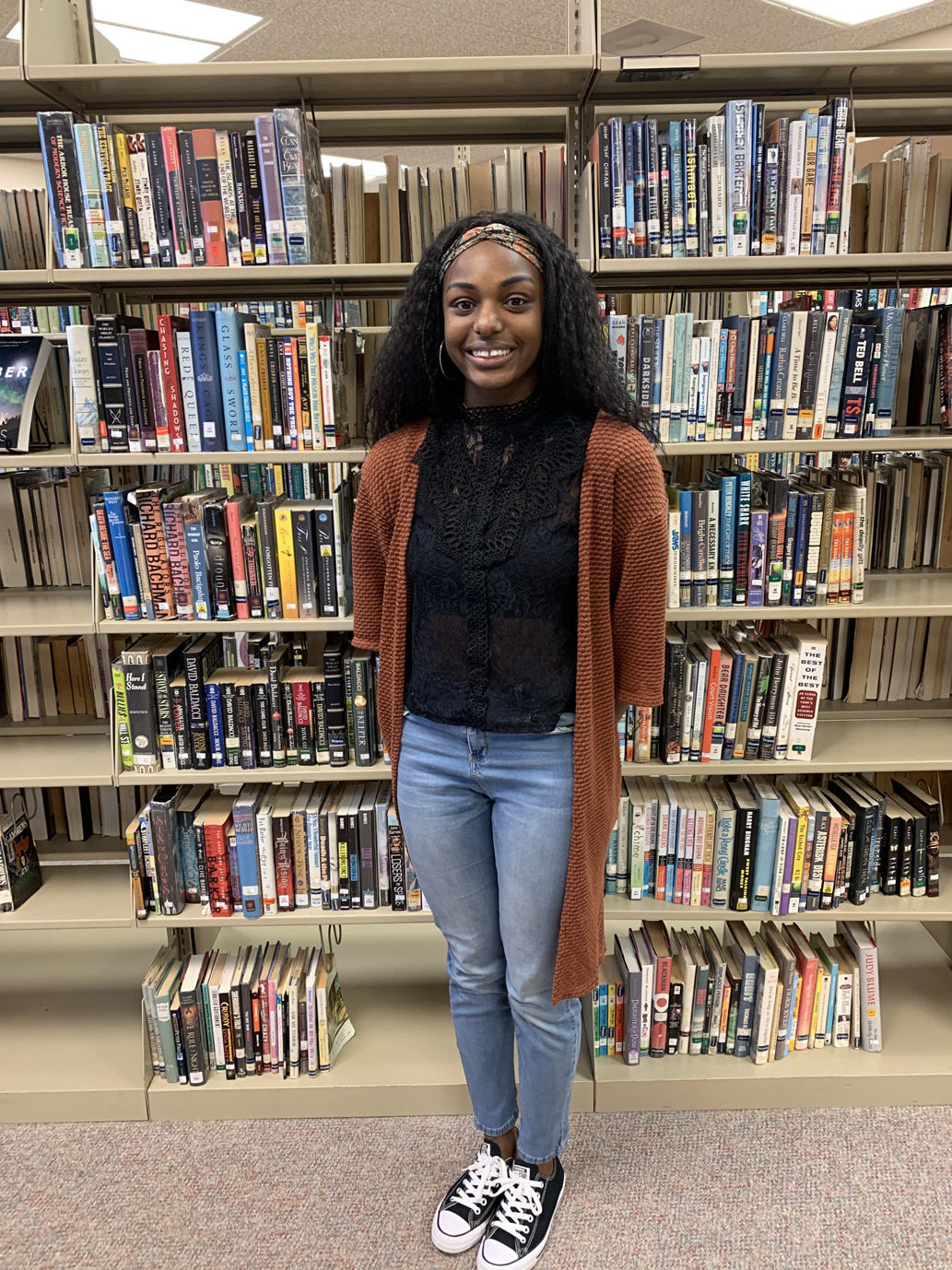 Grace Awodeha, 17, is this year’s MLK Scholarship recipient. She’s a senior at Danville High School and plans to study biology in college.

Danville High School Senior Grace Awodeha, 17, sits with her mom, Tia, inside the DHS library recently. Grace is this year’s MLK Scholarship recipient. Another of Tia’s daughters, Lyric Cunningham, received the scholarship in 2017. Four families have had multiple scholarship awardees.

Grace Awodeha, 17, is this year’s MLK Scholarship recipient. She’s a senior at Danville High School and plans to study biology in college.

DANVILLE – Having one daughter receive the local MLK Scholarship is quite a feat, but Danville High School New Tech Secretary Tia Awodeha must be doing something right to have two daughters as recipients.

She’s not the only one. There have been four families through the years who have seen siblings awarded the scholarship.

The Martin Luther King Jr. Celebration Committee started giving scholarships to high school graduating students in 1997. The committee accepts applications each year for a $4,000 scholarship. The chosen recipient is a high school graduating senior who plans to pursue his/her education at an institution of higher learning. The selection of the scholarship recipient by the MLK Committee is not based on any racial, religious, ethnic or cultural affiliation.

Grace said she was getting ready for a job interview when her mother received notice in the mail and called out that Grace had won the scholarship.

“I couldn’t believe it,” Grace said. She said her brother and sister started dancing.

Grace, who hopes to also get a soccer scholarship, hopes to go to Parkland College in Champaign for two years after high school. She then isn’t sure where she’ll continue her education.

Grace plans on studying biology. She’s been taking environmental science classes at DHS since her freshman year, which have interested her.

Grace is a member of the Black Student Union and SAFE (Students Advocating Female Equality) and GCP (Global Careers and Professions). She also will be starting an OSF internship.

“I’ll be shadowing and observing how it works in the medical field,” she said about being at the Danville hospital.

Grace’s sister, Lyric Cunningham, who was the MLK Scholarship recipient in 2017, is a junior at Tennessee State University in Nashville, Tenn. She’s studying criminal justice and hopes to be an attorney.

This year’s MLK scholarship essay topic was “A key point in Dr. King’s ‘I Have a Dream’ speech is this statement: ‘I have a dream that my four little children will one day live in a nation where they will not be judged by the color of their skin but by the content of their character.’ How do you see yourself as an advocate of this key point? Provide personal examples in your essay.”

Grace said she wanted to apply that part of the King’s speech to all of us being different.

Grace read her essay at the MLK scholarship banquet last month. She’s been asked to read it at the Feb. 18 Danville City Council meeting and also at the Black History Month Program on Feb. 27 at the Veterans Affairs Illiana Health Care System.

“It’s been special,” she said about having two daughters receive MLK scholarships.

She said people have told her she must be doing something right. She appreciates those comments, but also says “I just do the best that I can.”

Tia said she owes a lot to her children’s upbringing through raising them up in church.

Danville Human Relations Administrator Sandra Finch said other scholarship recipients in the same family have included: sisters Katrese Kirk in 2000, Erica Kirk in 2008 and Carly Kirk in 2013; Sabrina Brandon in 2002 and brother David Groves Jr. in 2010; and Eriel Davis in 2011 and brother Elijah Davis in 2018.

Finch said the majority of the 24 recipients graduated from college and went onto successful careers.

She said parents’ support of their children’s education pursuits is important. It especially shows in the parents who have seen multiple scholarship winners.

“It says a lot about the families,” Finch said.