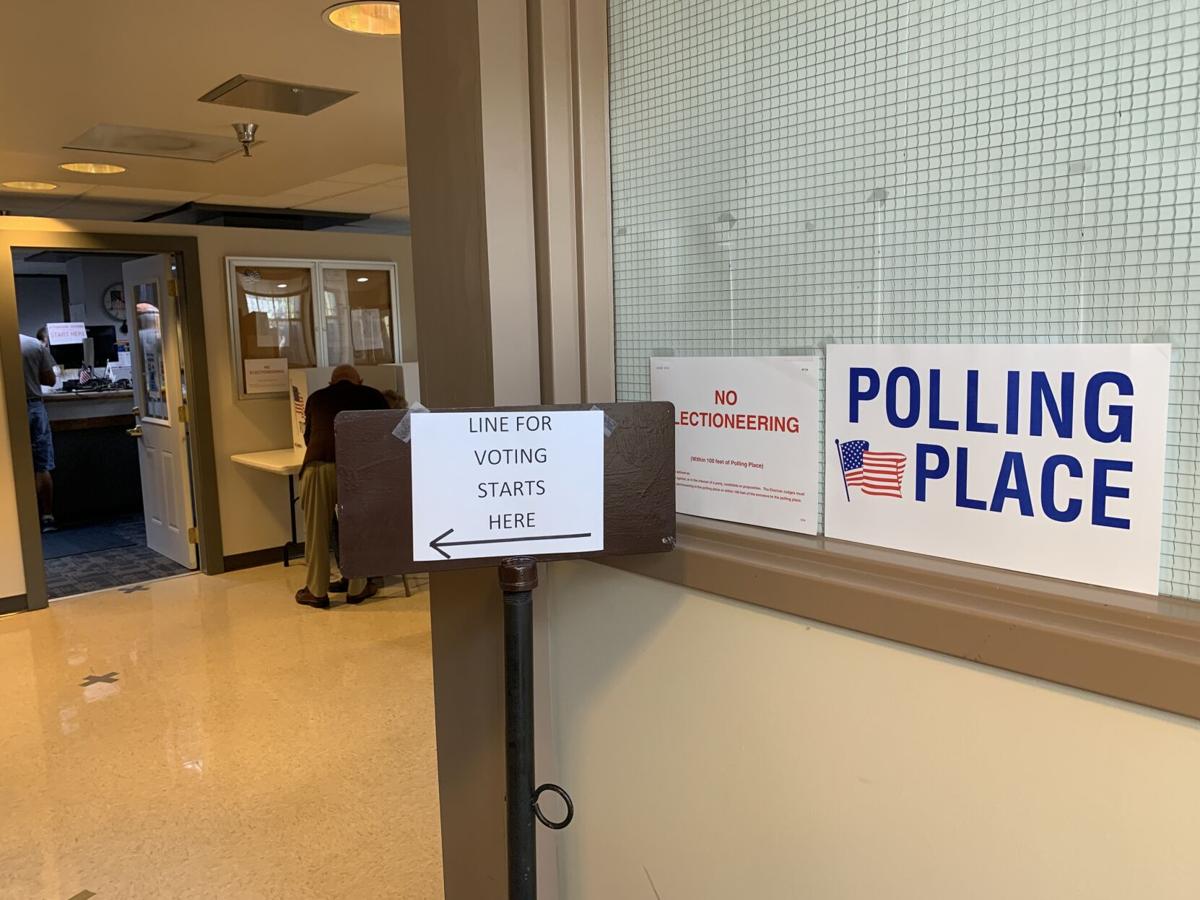 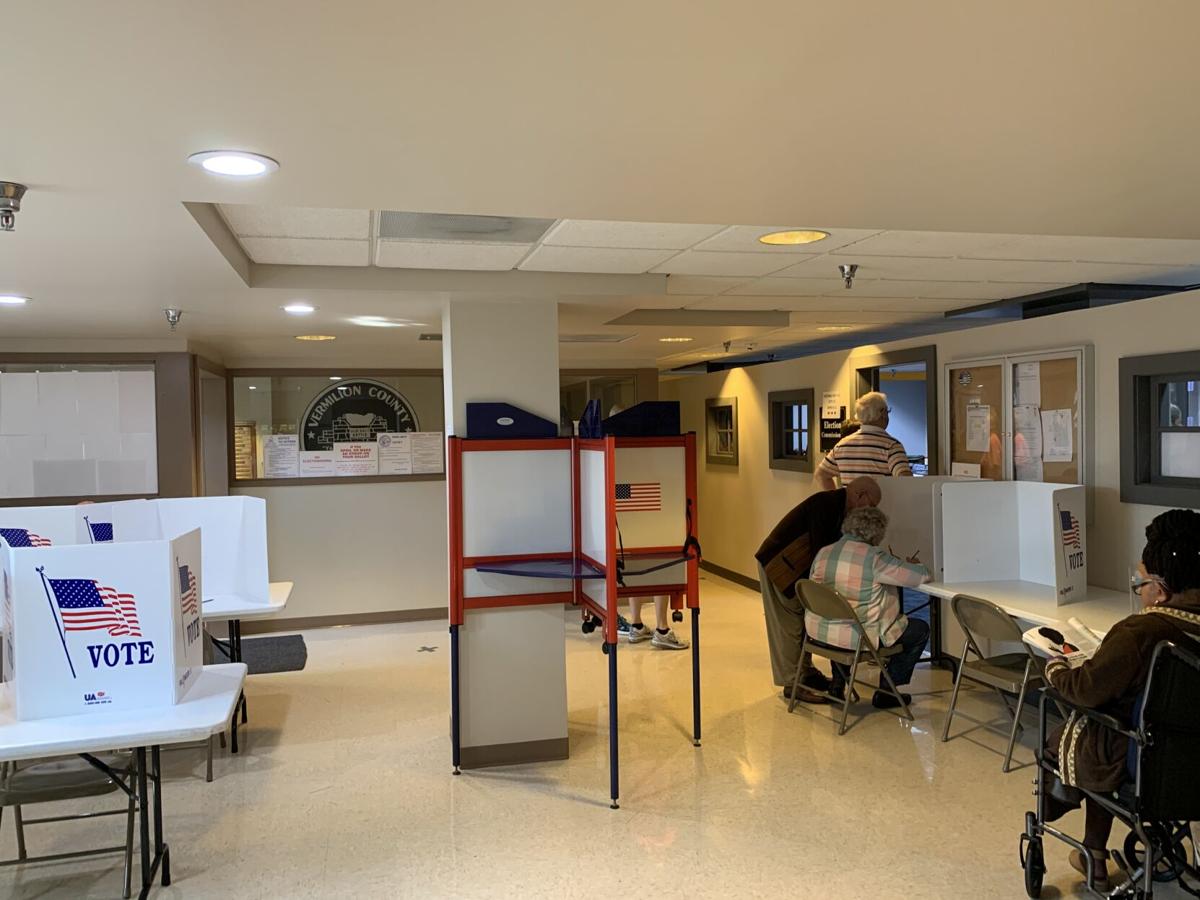 This was early voting taking place last year for the November 2020 election at the Danville Election Commission office.

This was early voting taking place last year for the November 2020 election at the Danville Election Commission office.

Early voting starts Thursday for the April 6 consolidated election for school boards, village boards, city council and other local seats, including a referendum in Bismarck.

No reason is necessary for early voting. Once an early vote is cast, it cannot be rescinded. Ballots cast early will be deposited by the voter into an Optical Scan Ballot tabulator. These tabulators will be totaled on Election Day after the polls are closed, according to the Vermilion County Clerk’s Office.

Hours are 8 a.m. to 4:30 p.m. Monday through Friday. There also will be some Saturday times at the end of March and early April.

Handicapped parking is located on the south side of the Vermilion County Administration Building.

Some of the races:

Referendum in Bismarck: “Shall the sale at retail of alcoholic liquor be prohibited in this village?”