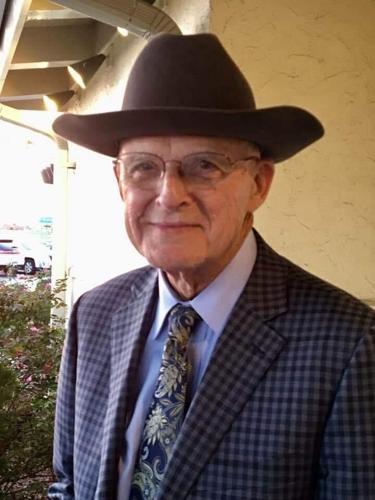 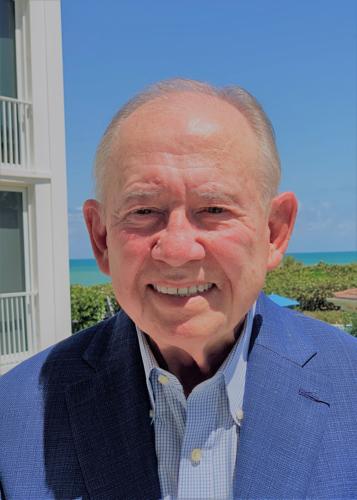 The Wall of Fame was established in 2016 from a suggestion by the late Harry Hoagland as a way of recognizing CHS alumni who have “aided and abetted humanity above their vocations” not only locally, but nationally and internationally.

After a successful 46-year career in the insurance field, Harry retired from AFLAC. Harry and Betty moved to Covington where they had grown up and attended school. Harry had no intention of spending his retirement years on a golf course. He had better ways to spend his time. One was taking care of Betty, who was diagnosed with Alzheimer’s. The second was giving back to the community that had given so much to him. To accomplish his second goal, Harry directed his efforts through established community organizations. His philosophy was that if you joined an organization as a volunteer, you became an active member, not a member in name only. A few of the many organizations to which he gave his time are the Alzheimer’s Support Group, Betty’s Battle, Student Mentoring Program, Covington City Park Flower Bed Improvement Project, Mt. Hope Cemetery Board, Book Lover’s Club, The Fountain County Art Council, Covington High School Alumni Association, and the Salvation Army.

In 2017 Harry received the Living Legacy Award from the Covington Area Senior Citizens Center. In 2020 the Salvation Army honored Harry as the volunteer of the year. Harry was a moving force in establishing the Wall of Fame. In 2017 General David M. Shoup, Class of 1912, was inducted as one of the first members. That was a proud moment for Harry. Now he will be joining the select group of CHS honored alumni.

Since graduation, Jim served four years in the Navy assigned to the USS Little Rock (CLG-4) a guided missile cruiser. He worked for NASA, responsible for operations and maintenance of the Gemini and Apollo command communications and computers and working at the command console of the Goddard Space Flight Center during the Apollo 11 July 1969 space flight landing the first man on the moon. He served as senior auditor overseeing Congressional Audits of the U.S. Departments of Agriculture, GSA and Treasury. Jim worked in the U.S. House of Representatives as chief investigator for Government Operations Committee and the Judiciary Committee; and representing Sprint Corp. as vice president for Governmental Affairs working with Congress and the Executive Branch. Additionally, Jim served on the Clinton Presidential Transition Team and received the GAO Comptroller’s Meritorious service award in 1975 for the largest savings by a GAO audit. This is but a small representation of Jim’s professional accomplishments.

After Jim’s retirement in 2000 and learning that his son, Jimmy, had a fatal, rare genetic disease, Jim as a board member, and his wife, Carol, devoted much of their time to the Ataxia-Telangiectasia Children’s Project (A-T) working to increase awareness and raising funds for research that could possibly lead to a cure for this brutal disease.

Jim and Carol currently live in Florida, but through the years have enjoyed trips back to Covington to visit family and friends and supporting the Hanging Rock Christian Camp.