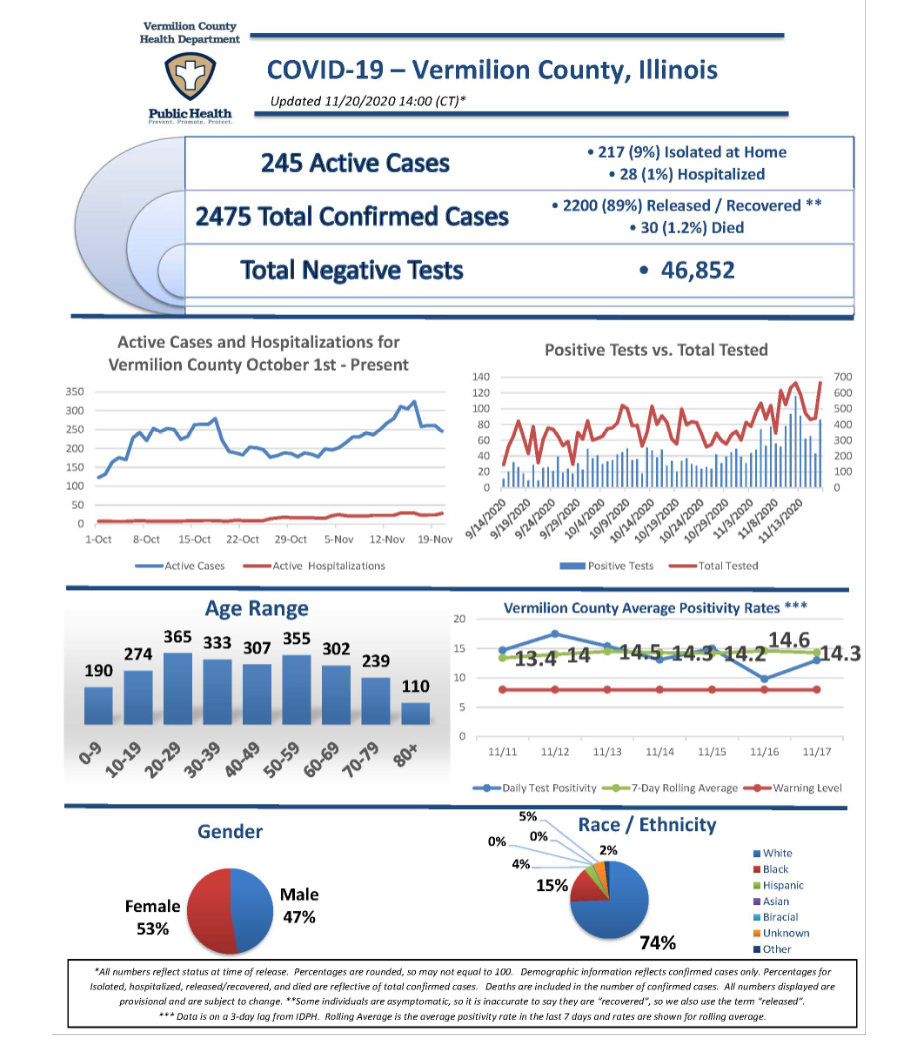 DANVILLE — Two more COVID-19-related deaths have pushed the county’s death toll from the disease to 30.

The new cases bring the county’s total since the pandemic began in March to 2,475 positive cases — 245 of which are active.