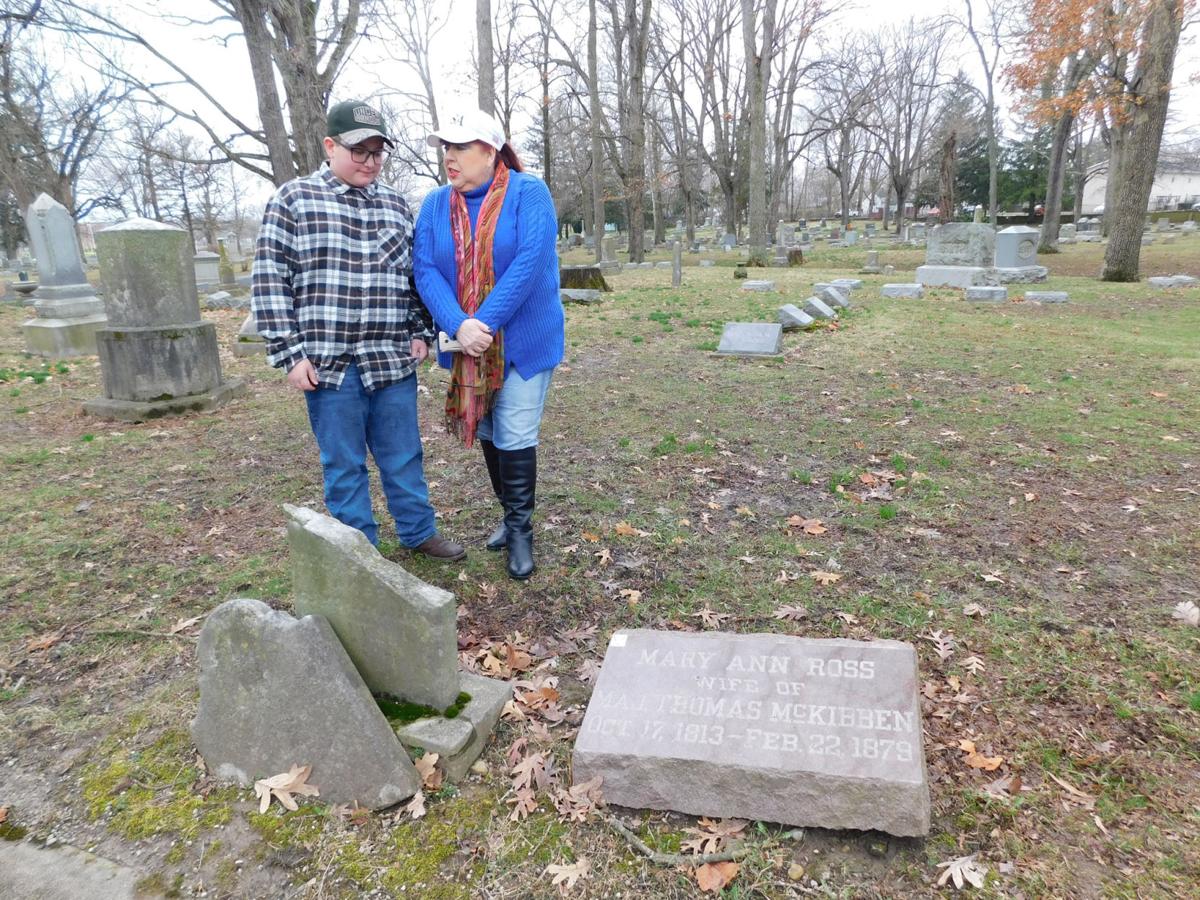 Duncan Auter and Rhea Ann Weatherford, both members of the Ward Hill Lamon Civil War Roundtable, stand at the site at Spring Hill Cemetery where a new stone will be placed in honor of Civil War Pvt. George McKibben. In foreground are the stones of his father Thomas McKibben, left, which needs replacement, and his mother Mary Ann Ross. 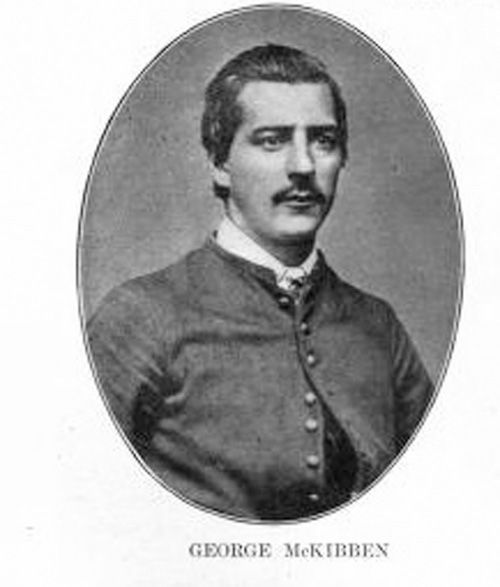 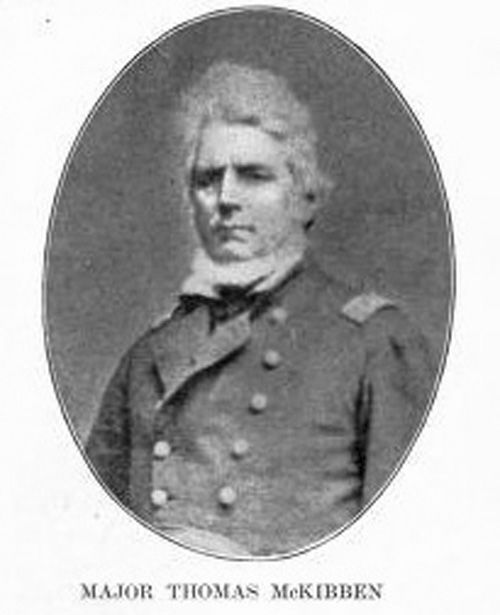 Duncan Auter and Rhea Ann Weatherford, both members of the Ward Hill Lamon Civil War Roundtable, stand at the site at Spring Hill Cemetery where a new stone will be placed in honor of Civil War Pvt. George McKibben. In foreground are the stones of his father Thomas McKibben, left, which needs replacement, and his mother Mary Ann Ross.

As a result of that walk and subsequent action, McKibben will get a headstone. Also, the stone for his father, Thomas McKibben, will be repaired — all thanks to an eagle-eyed youth.

Members of the Ward Hill Lamon Civil War Roundtable and the Illiana Civil War Historical Society will dedicate George McKibben’s stone in a ceremony tentatively set for May. Specific details will be determined later, depending on the coronavirus situation.

“These soldiers like George McKibben, who had brothers, cousins, friends and family serving in the Civil War, need to be remembered,” Weatherford said.

Tara Auter, a member of the Civil War Roundtable board, said, “We’re very pleased that the VA approved our application for George’s stone so quickly.”

She said the marble headstone will be cut, engraved and delivered within four to six weeks, and will be installed by the cemetery staff shortly after that.

The groups are working with Adams Memorials to repair George’s father’s stone.

“We’ll be placing a small bronze marker in front of it since the 1870 tombstone is almost unreadable,” she said.

What’s unique about George McKibben is that he survived the Civil War, but then died in a shooting in downtown Danville about a month later. His death on Oct. 1, 1864, is perhaps the most documented death in Vermilion County.

The person who shot him, Dr. James H. Faris, later was tracked down to Dr. Theodore Lemon’s home, and shot several times by an angry mob.

Duncan remembered hearing that story from Weatherford. The boy is interested in history, and is the youngest member of the Civil War Roundtable. His mother, Tara, helps with the Roundtable’s research for stories and dedications, and his dad, Mike, is a Civil War Living History presenter.

Last summer, Duncan was walking through Spring Hill with Rhea Weatherford, also a Roundtable member. She was using the tombstones to help Duncan learn local history by searching for well-known names and also math by figuring out the people’s ages without using a calculator.

The boy noticed the headstone of Mary Ann Ross McKibben.

Rhea said of the McKibben name, “He had remembered it from Larry telling the story about the shooting in 1864, but it hadn’t triggered the story until he asked Larry about it that afternoon.”

Larry said, “We visited the gravesite and I wondered where George was buried. We talked with Sheryl at Spring Hill’s office, and the plot records showed that indeed he was buried there.”

George McKibben is buried near his parents, Thomas and Mary Ann, but there is no stone to indicate that.

“When we saw that George didn’t have a stone, it was natural to file to get him one right away,” Larry said, and he filed the paperwork with Department of Veterans Affairs’ National Cemetery Administration.

He also noticed that Thomas McKibben’s stone was broken; it will be repaired later.

To summarize the story: George was shot by Dr. Faris following a Republican rally in 1864, and his brother was wounded. A mob later tracked Faris down to Dr. Lemon’s house, and Faris was shot. McKibben served in the Union Army, and Faris was a Virginian who was upset with the results of the Civil War.

Weatherford said, “George’s story emphasizes the great divide in our nation at the time.”

Faris, who had married the daughter of one of Danville’s founders, Amos Williams, is buried a short distance from the McKibben plot at Spring Hill. His original stone was found several years ago when some construction work was being done at the site of the old city cemetery near the post office on Hazel Street. Since Faris has a tombstone at Spring Hill, his weathered old stone stands as a cenotaph (a monument to someone buried elsewhere) in the backyard of the Vermilion County Museum, Weatherford said.

Weatherford has an Enfield musket that belonged to one of George’s cousins.

“The family contacted me to see if I would like to purchase it, so it could be preserved and displayed for future generations,” he said. “And of course, I did. It will probably eventually end up at the Vermilion County War Museum where many of my historical artifacts are displayed.”