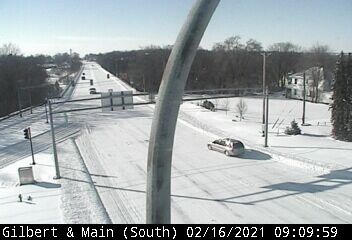 The view from the Illinois Department of Transportation webcam overlooking the intersection of East Main and Gilbert streets in Danville Tuesday morning showed that the main roads have been plowed but remain snow covered. City and county crews are working today to clear roads so normal traffic patterns can resume as soon as possible. 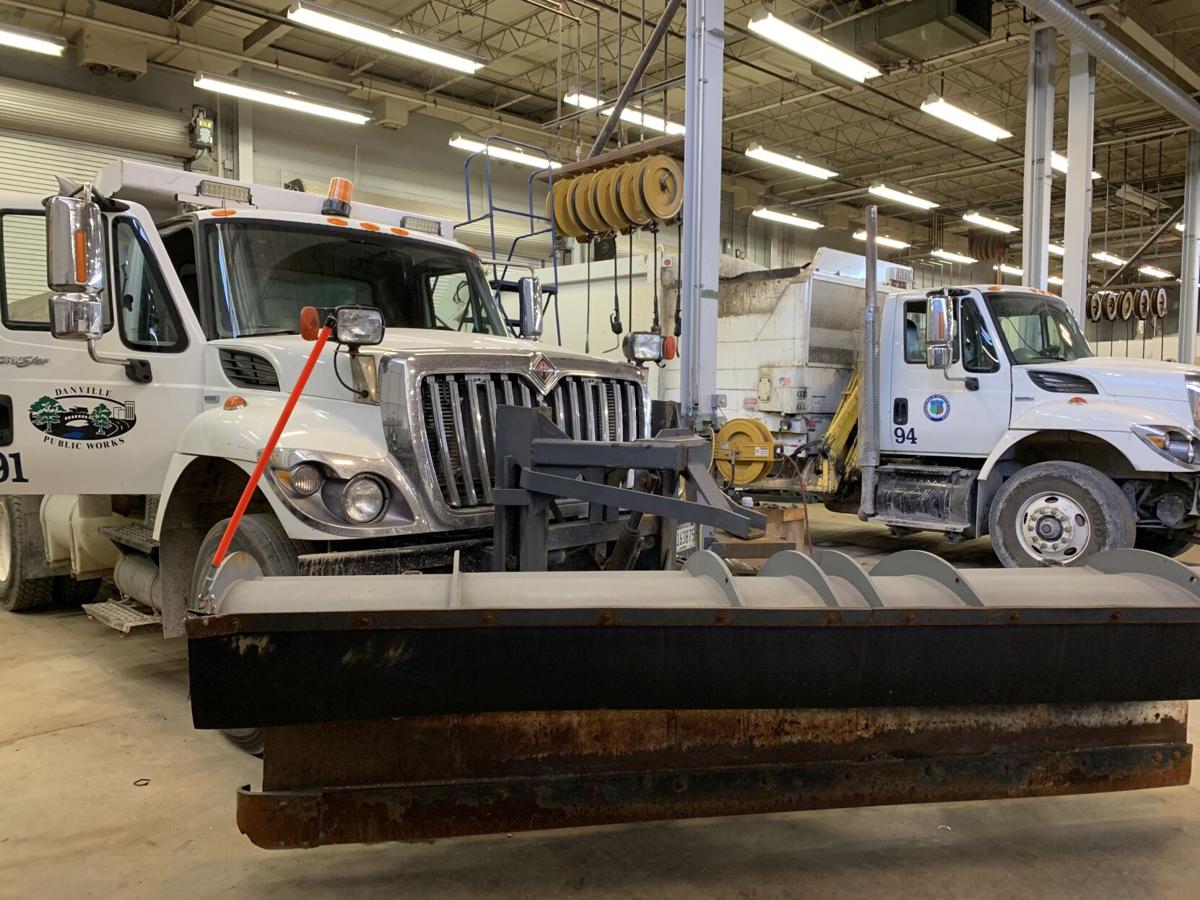 The view from the Illinois Department of Transportation webcam overlooking the intersection of East Main and Gilbert streets in Danville Tuesday morning showed that the main roads have been plowed but remain snow covered. City and county crews are working today to clear roads so normal traffic patterns can resume as soon as possible.

DANVILLE — City officials say they are working as quickly as they can to get snow cleared in residential neighborhoods today after the snow storm.

In a morning roads update, Dave Ruwe, construction and maintenance manager with the city of Danville, said, "Crews were able to clear most of the main roads last night. We have now put out operators in all of the residential routes to begin getting them cleared. The operators will first focus on making each road passable, then they will be coming back through later today or tomorrow to push the snow off to the edges of the road. We have every available truck in our fleet out working to make this happen as quickly as possible."

At Aqua Illinois' water treatment plant, it is showing 9 inches of new snow from the storm.

Many schools, mass transit, city and county facilities and other sites are closed today.

In a city update last night,  Ruwe had reported that the city had another wave of relief plow operators reporting to work at 1 a.m. today. He said they hoped it wouldn't be the case, but it was possible that the operations in residential neighborhoods would last a good portion of today.

Therefore, city officials asked people to stay home if possible until the city got through today.

Vermilion County Highway Department crews resumed plowing this morning, after being off the roads overnight.

According to Vermilion County Engineer Adrian Greenwell, "all roads are open and passable, but 100 percent snow covered. In areas where drifting is a problem, it may currently be limited to 1 to 1.5 lanes wide. If the wind cooperates we hope to be back to 2 lanes wide by evening."

Earlier this morning, the Vermilion County Emergency Management Agency reported that all roads in the county were covered with snow and there was severe drifting. "Let the snow plows do their thing before even trying to venture out today."

The agency also reported: Hazardous travel conditions are still possible early this morning as breezy north to northwest winds will continue to cause some blowing and drifting of the snow, especially in open and rural areas. Bitter cold wind chills as low as 10 degrees below zero will continue this morning, but should improve around noon.

TODAY - Mostly cloudy. Highs around 16. Northwest winds 5-15 mph with gusts to 25 mph this morning. Wind chill -9 to zero this morning.

TONIGHT - Partly cloudy this evening then becoming mostly cloudy. Lows around -3. Northwest winds up to 5 mph. Wind chill -2 to -12.

WEDNESDAY - Mostly cloudy with a 30% chance of snow, mainly after noon. Highs around 19. East winds up to 10 mph. Wind chill 0 to 10 above zero in the morning.

As for the rest of this week, forecasts are calling for another, smaller round of snow on Thursday and Friday. Totals right now are forecasted in the 0.5" to 1" range, according to Trent Ford, Illinois State Climatologist, Illinois State Water Survey/Prairie Research Institute, University of Illinois, Urbana-Champaign.