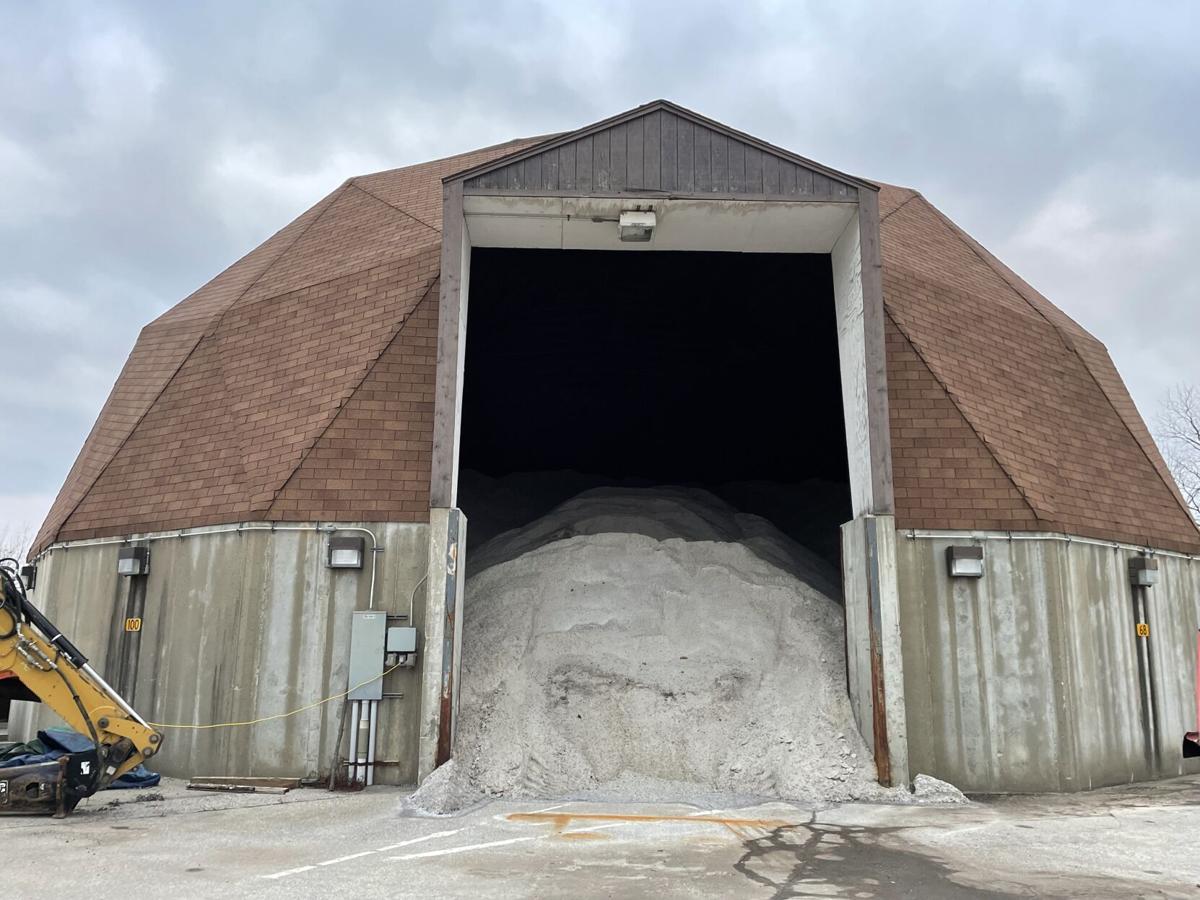 Salt to combat winter weather on roadways sits unused at the dome at the Danville Public Works Facility on East Voorhees Street. 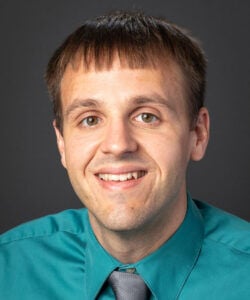 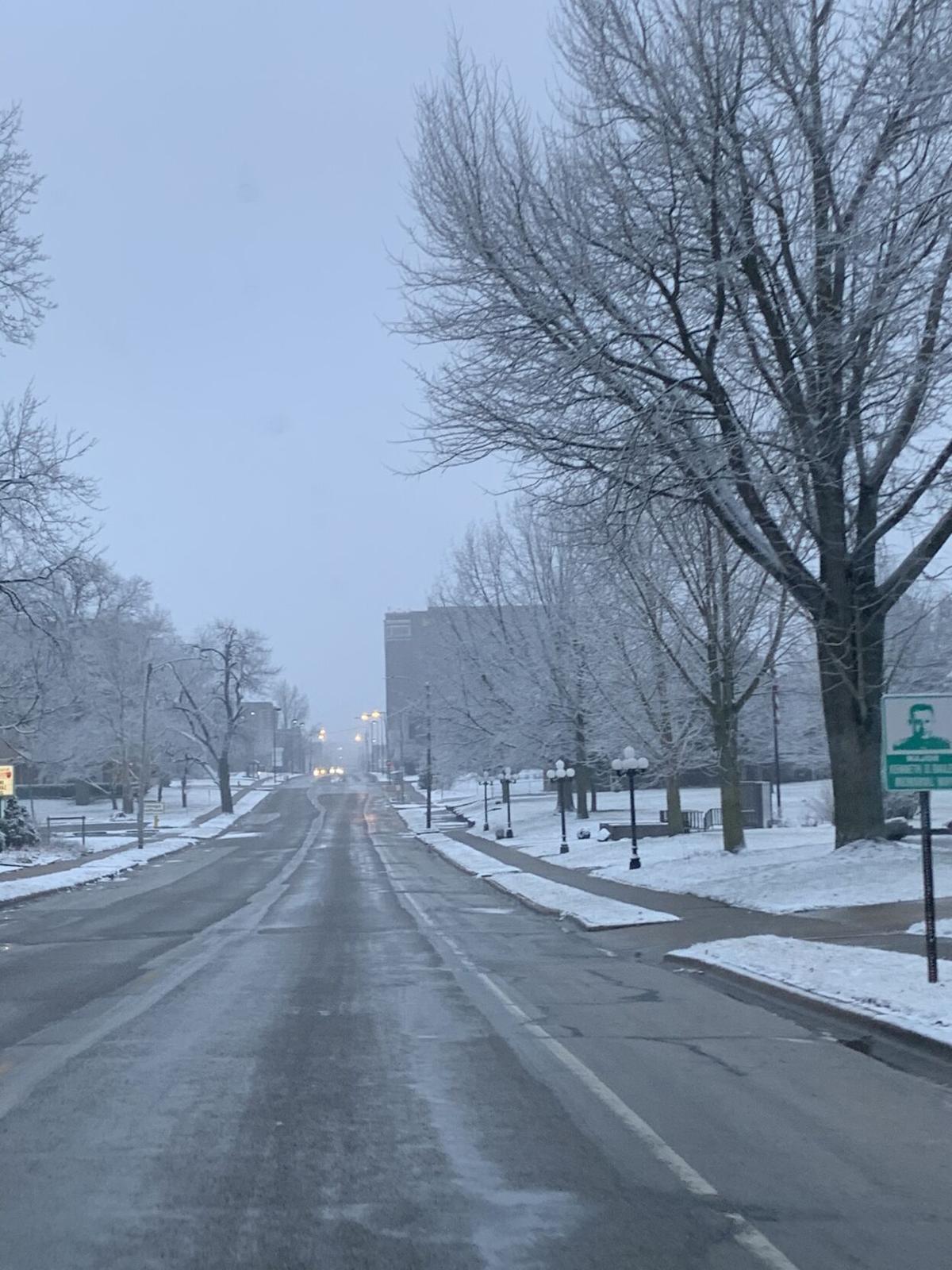 A past snowfall in Danville. The area hasn’t yet seen much snow this winter.

Salt to combat winter weather on roadways sits unused at the dome at the Danville Public Works Facility on East Voorhees Street.

A past snowfall in Danville. The area hasn’t yet seen much snow this winter.

DANVILLE — As other parts of the U.S. have had winter weather to deal with, if it seems it’s late for a first significant snowfall in the area this winter, it’s true.

According to Illinois State Climatologist Trent Ford at the University of Illinois’ State Water Survey, Danville’s long-term station hasn’t updated its snowfall measurements since Dec. 31, but up until that point Danville had not received measurable snowfall (>=0.1”).

A couple of citizen science observers around Danville observed trace amounts of snowfall on Sunday, so they will have to see if the official weather station received only a trace or a measurable amount.

“The snowfall record is spotty in Danville, unfortunately, but from the years we do have good data from it is rare but not unprecedented for the area to make it to January without measurable snowfall. The last time I can see it happened was the winter of 2006-2007, for which Danville received its first measurable snowfall on Jan. 21, 2007,” according to Ford.

Danville ended 2021 with 2.72 inches of total precipitation in December, which was only slightly above average.

But the long-term Cooperative Observer Network (COOP) station in Danville recorded 50.30 inches of total precipitation in 2021, which was the 8th wettest year on record (back to 1911) and the wettest since 2015.

Danville’s average December temperature was 38.5 degrees, the sixth warmest on record and warmest since 2015. The 2021 annual average temperature was 53.7 degrees (the same as 2020), which is about 1 degree above average, but not exceptionally warm.

For the state as a whole, provisional data shows December was among the top five warmest on record in Illinois, with no snow on Christmas, according to Ford.

The exact ranking of December 2021 will be confirmed later this month.

Snowfall was 1 to 8 inches below normal in December. Snow totals ranged from 4 inches in far northwest Illinois to 0 inches south of Interstate 72.

With the liquid water content of snow and rainfall taken together, the preliminary statewide average total December precipitation was 2.70 inches, 0.02 inches above the 1991–2020 average.

Severe weather, including tornadoes, hail and strong winds, tend to have the highest frequency in Illinois between April and June. However, unlike Atlantic hurricanes or extreme cold, Illinois does not have a “tornado season” because tornadoes and other severe weather can and do occur all year in the state.

The most noteworthy event was on the night of Dec. 10, 2021, when severe thunderstorms moved across the southern Midwest and the mid-south, resulting in multiple very strong tornadoes in Illinois, Missouri, Arkansas, Tennessee and Kentucky. The tornado outbreak was responsible for dozens of fatalities across the area, including six deaths in Illinois, many injuries and damage or destruction to thousands of homes and structures.

Overall, the NOAA Storm Prediction Center shows nine tornado reports in Illinois for December, compared with an Illinois average of just over one December tornado per year between 1950 and 2020.

Near- and longer-term outlooks are indicating the potential for real winter weather in the Midwest. The Climate Prediction Center’s 8–to-14-day outlooks show elevated odds of below normal temperatures across the state for the second week of January, with higher odds of drier than normal weather over the same time period.

Meanwhile, outlooks for the entire month of January show the highest odds of near to below normal temperatures and above normal precipitation, still reflecting some of the weakening La Niña pattern in the Pacific, according to Ford.

The city of Danville has not used any salt on roadways this season. Danville Public Works Director Carl Carpenter said he wasn't sure of the city's total salt tonnage on hand at the present time, but they still have more in reserve at the supplier. "As far as snow, I do not recall getting into January without some event having taken place," according to Carpenter.