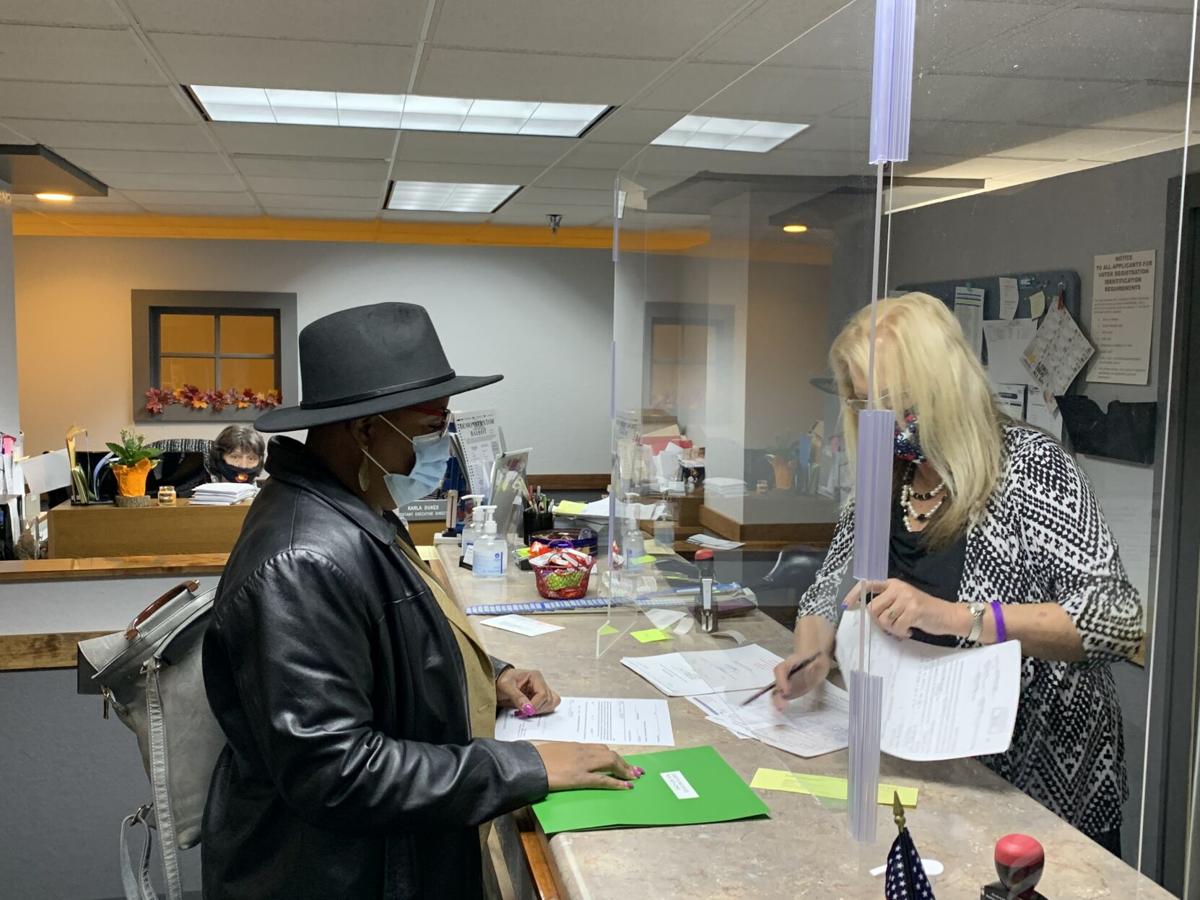 Tricia Teague, left, files her paperwork at the Danville Election Commission office Tuesday morning with executive director Sandra Delhaye, to run for alderman in Ward 4 on the Danville City Council. The election will be next year. 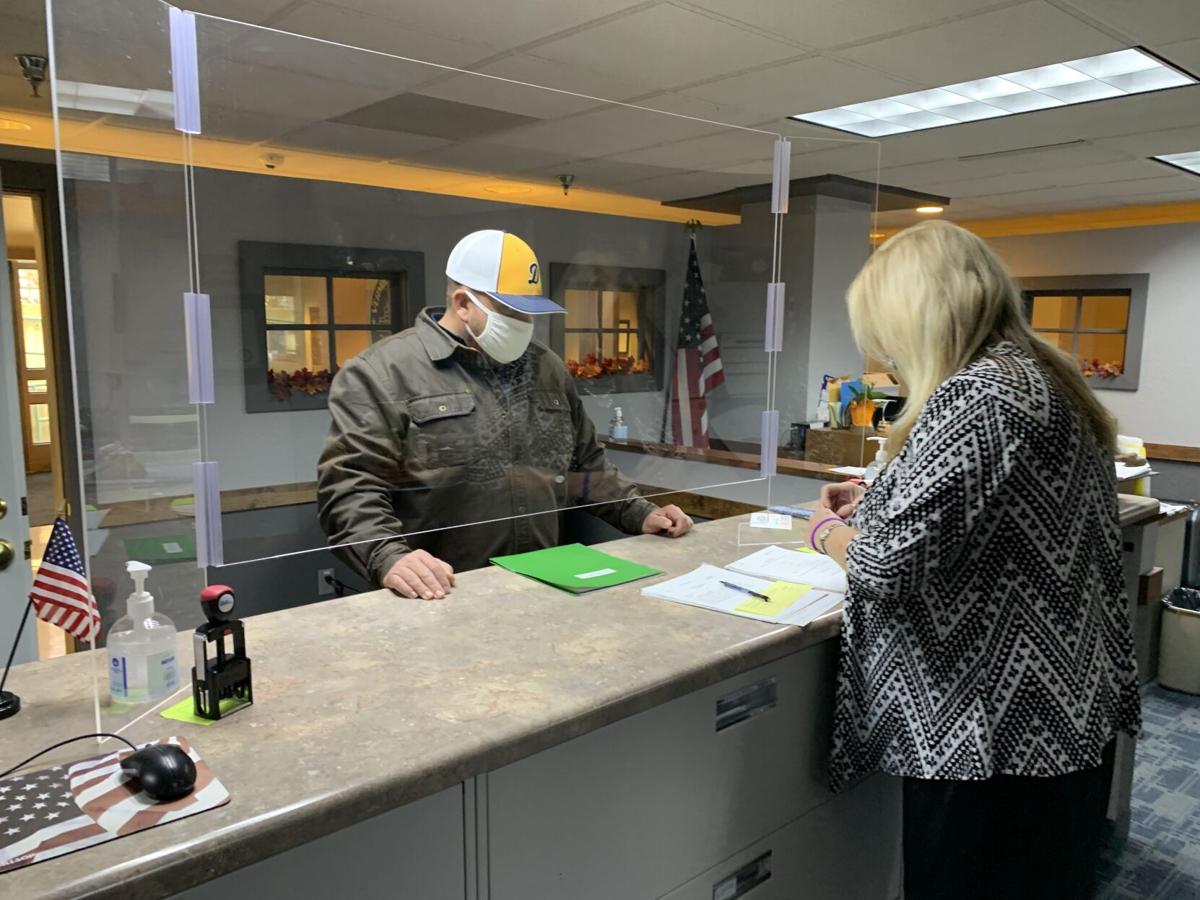 Tricia Teague, left, files her paperwork at the Danville Election Commission office Tuesday morning with executive director Sandra Delhaye, to run for alderman in Ward 4 on the Danville City Council. The election will be next year.

DANVILLE — The first person Monday morning to file his candidate paperwork to seek re-election to his sixth term on the Danville City Council was Ward 5 Alderman Mike Puhr.

Puhr, 512 W. Woodlawn Ave., has served 20 years and is looking to serve another four-year term.

The candidates will be on 2021 ballot in the city.

There have been four possible candidates to pick up petitions in Ward 6. A runoff would be needed if there are more than five candidates. A primary would be in February to narrow the number for the consolidated election.

Petition packets for candidates who want to run for a seat on the Danville City Council in the April 6, 2021, consolidated election are available at the Danville Election Commission office, 201 N. Vermilion St. Office hours are 8 a.m. to 4:30 p.m. Monday through Friday.

The primary election, if needed next year, would be Feb. 23. A primary only is conducted if there are more than four candidates for a specific office.

Petitions must be filed with Danville Election Commission from Nov. 16-23, with the required signatures of registered voters, which differ by ward based on the last election.

Seven aldermen positions in the city, one in each of the seven wards, will be up for election.

Shepherd is area vice president with Airgas, but many know him as the manager of the Danville Post 210 legion baseball program. He said he’s considered running for alderman in the past.

“I’ve wanted to for a long time,” Shepherd said.

He said he has a little more free time to serve as alderman, and he has a lot of opinions.

Teague, who’s involved in publishing, a business/life coach and founder of The Trep School, said she too has thought about running for alderman for years, since former city treasurer and aldermen Les Brown passed away four years ago. Brown was one of the city’s first Black aldermen under the change of city government in the 1980s. His wife, Brenda, was elected the council’s first Black alderwoman in 2015. She’s currently serving her second term as alderwoman.

Teague said there have been some ideas she’s presented to the city council that haven’t been pursued and she’d like to push those ideas more as an alderwoman.

Teague said in getting her required petition signatures to run for office, she did it to commemorate the election of Kamala Harris as the first Black and South Asian woman vice president-elect. Teague was also in the same sorority as Harris.